Its a class thing

Jon Cruddas argues that it is trite to play off the votes of Middle England against those of Labour heartlands such as ethnic minority communities. 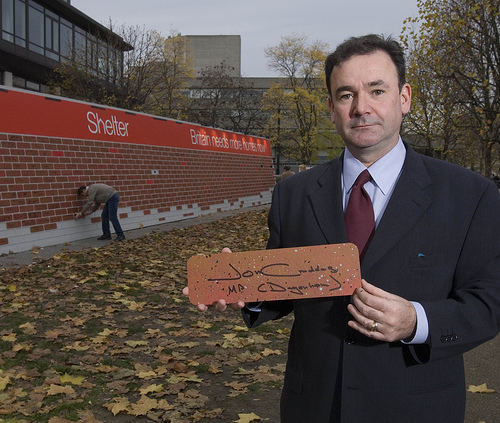 To win the next election Labour has to change. This will not happen by accident. As a party we have to consciously choose to change. The debates to be had over the next couple of weeks are critical in this process as they will demonstrate whether we have the will and the capacity to do so.

However, a worrying trend has emerged over the past few days. It is being suggested that anyone who questions the strategy that led to the collapse in our popular vote at the local elections – a further loss of 500 councillors when we had already reached a 30-year low – and a continuing decline in our membership is in some sense proposing a “lurch to the left”, or “wanting to go back to the 1980s”. It is trite to play off a swing-seat strategy in some mythical middle England with a core-vote strategy in the Labour heartlands – the former belonging to New Labour, the latter the preserve of those who simply want to inhabit the past. A more nuanced analysis is needed.

Labour lost nearly 5 million voters from 1997 to 2005, and not to the Tories. Four broad elements can be detected in this change: a significant movement away from us among workers in the public services; among black and minority ethnic voters; and among those described by marketing experts as “urban intellectuals”; and a huge shift away from us among working-class voters, especially manual workers. These voters did not go to the Tories, they went to the BNP and other nationalist groupings, the Liberals and Respect. Or they simply stayed at home. In fact the only group where Labour support has actually grown between 1997 and 2005 has been among the professional, administrative and executive classes – but we cannot go on to win with them alone.

Obviously these defecting elements combine electorally in different ways in different communities – for instance, when urban intellectuals vote Liberal in Manchester Withington, or ethnic minorities vote Respect in Bethnal Green, or white working-class voters turn to the BNP in Barking. But the simple point is that we need to recapture these core groups in all areas, not just in swing seats.

Careful analysis of these flows point to some fairly glaring reasons for declining support – the war, patterns of debt, elements of public-service reform especially in the NHS, and a failure to deal with material insecurities in many working-class communities in terms of housing supply, vulnerability at the workplace and patterns of migration. There has also been a movement of women voters away from Labour – especially, again, over the war and the NHS.

This type of approach suggests a policy framework that might seek to rebuild a wide and deep coalition. Included would be a reconciliation with the British people over the situation in Iraq, a moratorium on the role of the private sector in supplying the NHS, a radical plan to build low-cost council houses, greater protections for people at work, more support for poorer areas dealing with extraordinary demographic change and much more. Rational public-policy initiatives would help rebuild a coalition.

A return to issues of class is central to this debate, yet discussion of class remains deeply unfashionable within the party. Throughout the past decade or so, economists and politicians have assumed a revolution in economics. They detailed the emergence of a new “knowledge economy” through the rapid growth in scientific, technical, managerial and professional employment driven by technological change. There was supposed to be a corresponding decline in traditional patterns of work. The knowledge economy has been central to Labour’s repositioning over the past 13 years. It allowed New Labour to escape from a working class they claimed was withering away.

In terms of electoral demographics this does not stack up. The facts are that manual workers still account for close to 40% of total employment. If you add in clerical and secretarial work, the traditional labour force stands at 15 million, approaching two in three jobs.

The number of computer managers, software engineers and programmers has risen slightly, but the real growth has been in the service sector, with a huge expansion in cleaning and support work and the caring occupations. In short, in the past 15 years there has been no revolution in employment. In terms of the demand for labour, the key growth areas have been in traditional, often low-paid jobs, mostly carried out by women. It is here, among groups we thought were of declining importance, that the shift from Labour has been greatest. That is why it’s not just crass to portray policies that address people’s material insecurities as “a lurch to left” – it’s electoral suicide.

These basic facts underscore why a reintroduction of class as an economic and political category can help rebuild the Labour coalition. The most significant movements away from Labour are among those we have wrongly assumed are of declining significance in the economy. We must rebuild across the whole of the Labour coalition and not just among middle-class swing voters in the south – the only group to have stayed with us since 1997. If we do not rise to the challenge now it could be too late.

Jon Cruddas is a candidate for the deputy leadership of the Labour party (www.joncruddas.org.uk). This article also appears in today’s Guardian.