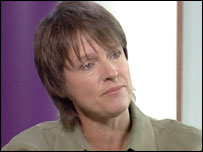 The Conservative Party holds its first hustings event to select its London Mayoral candidate this evening. Commenting on the process, Tory Party Chair, Caroline Spelman said “I am delighted that we have four excellent candidates for voters to chose from and encourage all Londoners to get involved.” The four strong shortlist includes Andrew Boff, Victoria Borwick, Warwick Lightfoot and Boris Johnson, who is widely tipped to win the race.

The Conservatives have invited the people of London to get involved in the selection by registering with the party by using a special election line – any registered voter in London can take part in the open primary process by phoning the ballot hotline on 0906 555 5050. London members of the Conservative Party will automatically be registered to take part in the ballot. Spelman described the process as a unique way for people to get involved in deciding who will represent the Conservative Party in next May’s elections.

Ahead of this eveningâ€™s event, Labour Mayor of London, Ken Livingstone, said,
Â “The Tories today start hustings in their pay-to-vote primary. Any Londoner can vote – presumably including me. But of course I will not vote, and ask those who support me to do likewise â€“ itâ€™s for the Tories to decide who they want to champion their wrong path for the capital â€“ but what is legitimate is to set out the key policy questions Londoners should expect to hear answered by the potential Tory candidates.”

Mr Livingstone has set out ten key policy questions that he had dealt with and which he says Londoners should expect the Tories to deal with as they select their mayoral candidate.

1. Why should the Tories want to overturn the successful course London is on, with London widely seen as the world’s most successful city, having overtaken even New York, with London as the worldâ€™s number one international business centre, winning the Olympic Games, with the most vibrant cultural life of any capital, chairing the organisation of world cities on climate change and successfully rebuilding its public services after Thatcherite squalor during the 1990s?

2. Will the Tories maintain the basis of the present revival of London’s bus system, which has led to over one a half million extra bus rides a day, and therefore reject Boris Johnsonâ€™s disastrous policy of introducing a bus contract system that has failed in the rest of Britain?

3. Can the Tories be trusted to protect Londonâ€™s travel concessions, such as free travel for under-18s in full-time education, and the Freedom pass for Londonâ€™s older and disabled people, when they have repeatedly voted against the first and attempted to weaken protection for the second?

4. Will the Tories abandon their opposition to the congestion charge and also really back policies to stop climate change and protect the environment such as higher charges for cars responsible for higher greenhouse gases and support 4x4s, with discounts for greener cars?

5. Will the Tories reject Boris Johnson’s proposal for overturning the mayorâ€™s policy that 50 per cent of housing development in London must be for affordable houses? 6. As all Tories now claim to strongly support Crossrail why did the Toriesâ€™ likely candidate, Boris Johnson, fail to vote on this in parliament, when it is the single most important transport project for London?

7. In light of the collapse of Metronet do the other Tory candidates agree with Boris Johnson that the Mayorâ€™s fight against the PPP on the London underground was merely â€œideological warfareâ€?

8. Will the Tories admit that their running down of police numbers in London in the 1990s was a disastrous error, and will they reverse the policy whereby they have voted against every one of the mayorâ€™s budgets that increased police numbers?

9. Also on crime, how can Tory front runner Boris Johnson present himself as a candidate in favour of â€œlaw and orderâ€ given his documented role in the Darius Guppy affair, in which he was prepared to discuss how badly a journalist would be beaten up and agree to supply his address for this, and how can the Tory party have any credibility on law and order when it is prepared to endorse a candidate for Mayor with such a record?

10. On the question of managerial competence, London does not need a Mayor in charge of one of the worldâ€™s most important cities, and a Â£10 billion budget, who constantly changes their policies because they have been proved to be disastrously wrong.

Answers on a postcard please!