EXCLUSIVE: TMP talks to Oona King about life and politics 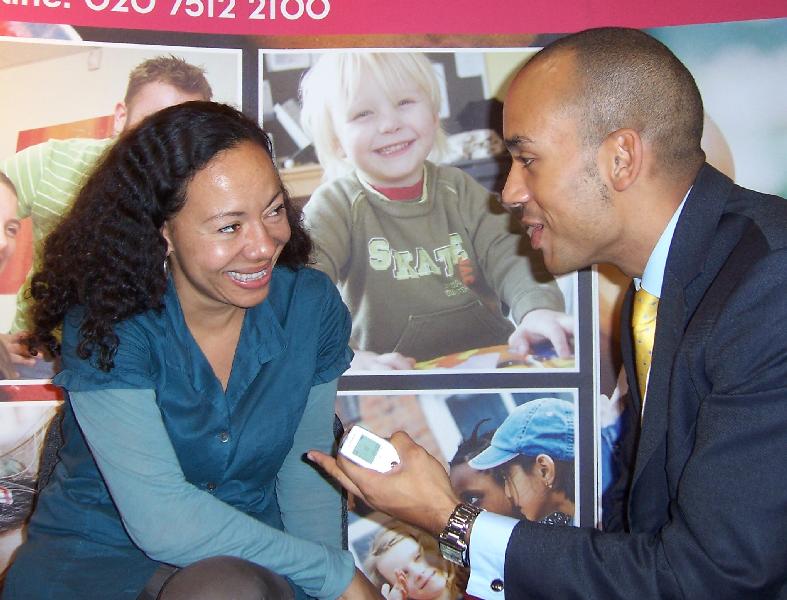 The former Labour MP for Bethnal Green and Bow, Oona King, has just published her book, â€œHouse Music: The Oona King Diariesâ€. The book gives a moving account of her time as an MP. Last week, TMP editor, Chuka Umunna caught up with her. In the first part of this wide ranging interview, Chuka talks to her about her book, politics, inequality and young people.

Chuka Umunna: Thanks for speaking to TMP Oona. Firstly, can I ask why you wrote this book? Was it a form of â€œself-therapyâ€?

Oona King: In a way I suppose it was. That said, Iâ€™ve always kept a diary since my mum gave me one as a Christmas present when I was 11. Iâ€™ve never been obsessive about writing it.

In fact, Iâ€™ve just started reading Alistair Campbellâ€™s diaries and I canâ€™t understand how he managed to do the job he did while writing reams and reams in his diary every day. In most of his diary entries he says there just arenâ€™t enough hours in the day and ponders what he could do about that – I thought that not writing your diary would be a start!

I often would only write in my diary once a month. When first elected, I kept it less regularly than before, as I struggled to find the time to write it. What it gives is a snap-shot of what my life was like over a given period of time.

CU: Do you think you were too â€œnormalâ€ for the House of Commons?

OK: In some ways yes, in other ways I was one of the most abnormal MPs there. I was a completely atypical MP (being Jewish, mixed race and a woman). My favourite compliment (which I got as a politician) was when people would often say to me â€œyou are too normal to be a politicianâ€ â€“ so in a sense I was too normal. In other ways, I had wanted to be Prime Minister since I was 4 or 5 years old â€“ thatâ€™s not normal at all!

CU: One of the things which has been said about you and the reason you did not achieve ministerial office was that you were perceived as being too â€œgobbyâ€ and not that â€œsafe pair of handsâ€ Prime Ministers look for in their ministerial team. Do you share this view?

OK: Absolutely – that is absolutely right.

CU: You are seen as a bit of a cheerleader for Gordon Brown [Oona appeared on his leadership campaign website and was part of his campaign team]â€¦

OK: â€¦well I always have been. People used to call me one of Blairâ€™s â€œbabesâ€ but I always would jokingly say, â€œlook at me, Iâ€™m a Brown babe!â€. Iâ€™ve always been deeply impressed by his ability to marry strategic thinking with astonishing campaigning abilities, and his capacity to deliver the redistribution of wealth.

OK: I donâ€™t think there could ever be enough [redistribution] but for me its not just about wealth – you have to redistribute influence too.

In the past – on the Left – we thought if we just redistribute wealth, thatâ€™s enough. For me, its hardly the beginning – which is what my pamphlet is about [â€œThe Battle to Engage: Renewing democracy for the next generationâ€]. I really think wealth was our focus but it canâ€™t be our only focus.

However, we have redistributed more [wealth] than any British government in history â€“ weâ€™ve built more NHS infrastructure since 1997 than during any other time (including under the Attlee government). For our times, Gordon Brown and Tony Blair have done inescapably well in this area.

CU: What about the relative gaps between the rich and poor? There is the perennial debate in the Labour Party about whether something needs to be done about people at the top, as well at the bottom â€“ the concerns about different groups living parallel lives. What are your views on this?

OK: That is one of the biggest issues within the party at the moment. Iâ€™m very concerned about growing inequalities.

When we came into government in 1997, we said weâ€™d concern ourselves with the poorest and put in place minimum standards â€“ we said we were going to put a lot of our cash into raising the benefits for the poorest; we didnâ€™t say weâ€™d reduce the incomes of those at the top as that feeds into the politics of envy etc.

However, there has been a lot of work done (by Polly Toynbee and others) on how you can contribute to reducing wealth inequalities without resorting to punitive rates of taxation (like a 90% level of income tax), not least because that policy [of punitive taxation] doesnâ€™t work – if you are a multibillionaire you can just get better tax lawyers and move your cash elsewhere if there are punitive rates â€“ so it would actually reduce the tax take.

CU: You headed up the Make Space Youth Review. Ed Miliband tells me that a lot of your recommendations are going to be adopted. What did you make of Gordon Brownâ€™s announcement in his Labour Party Conference speech that unclaimed assets in dormant bank accounts will be used to build new youth centres and that Â£670 million will be invested so that in every community there are places for young people to go?

Now what weâ€™re realising is that we need a similar quantum leap in thinking and funding for young people. The next important point in a childâ€™s life is when they move into those teenage years – from 11 years onwards – which paradoxically is when money and provision from the state falls away.

So what we have been calling for is for a Sure Start for teenagers and this announcement is the government responding to that. Iâ€™m delighted that Gordon Brown met with us on several occasions to discuss these issues; we [the MSYR commission] even had a meeting round the cabinet table with him with our youth members. So Iâ€™m thrilled by what he has said.

The second part of Chuka Umunna’s interview with Oona King is posted here.