EXCLUSIVE: the second part of TMP’s interview with Oona King 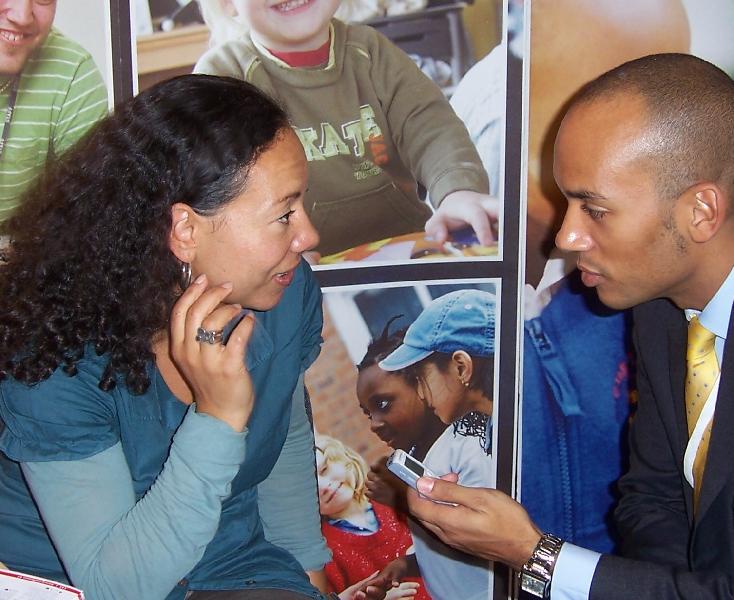 Chuka Umunna: Your book doesnâ€™t actually encourage people to go into politics does it?

Oona King: It certainly doesnâ€™t. One of the effects I hope the book will have is to hurry up the modernisation of the House of Commons and to increase pressure for the House to change some of the ways in which it works. There is no doubt that it drives out those people who want to contribute to politics but also want to have some life outside of it.

I think this is a really serious issue for our democracy – if you only have people in the Commons prepared to give up a significant amount of time of normal family life, then I think there are other consequences that will flow from that.

The longer Iâ€™m out of Parliament, the more I respect those who I left behind. Of course there are some bits I miss â€“ you will never have a greater privilege in your life than being able to sit in the chamber of the House of Commons when the chamber is debating an issue, and to have you say on that issue. But I donâ€™t miss it enough to give up everything else that Iâ€™ve gained since leaving, to go back there.

CU: A lot of people would like to see you return to Parliament, particularly those from ethnic minority communities. If you wereÂ invited toÂ go forÂ a seat, would you turnÂ the offerÂ down?

OK: I already have! Iâ€™m not bailing out on politics, but there are other ways to contribute to politics than by being an MP. The bottom line is that I hope people wonâ€™t be dissuaded by going into politics from reading my book. I hope theyâ€™ll think its an honest account of a normal person put into fairly extraordinary circumstances, but its not all doom and gloom. Its just that we need to look at this dysfunctional relationship between people and politics, and the way we run our country. If we improved the way we run Parliament, we would improve the health of our democracy.

CU: Where do you stand in the all ethnic minority shortlist debate in relation to Labour parliamentary selections?

OK: Initially I was opposed [to all ethnic minority shortlists], as I thought comparing all women shortlists and the situation of women (who make up 50% of the population) to that of ethnic minorities (who make up just under 10%) is difficult. But I think we are getting very close to the point where we will need to adopt some positive action measures as progress on ethnic minority representation is totally lamentable – if we keep going at the rate we are, we will get nowhere.

CU: Where now for Oona King? Do you want to do anything else other than look after your lovely little boy?

OK: I definitely wouldnâ€™t say no to that! But there are a lot of different issues that Iâ€™m passionate about: one is youth engagement; one is that lack of a representative democracy and how we actually deal with that; one is housing (I secured the first enquiry in Parliament into affordable housing and now, six years later, its top of the political agenda â€“ Iâ€™m thrilled at that and would like to see that progress). Iâ€™m chair of the Institute for Community Cohesion so Iâ€™m interested in those issues too.

I work with former colleagues and government ministers on all these issues. I feel really really privileged that I can have some role in these policy debates in Parliament but at the end of that debate I get to go home, I can see my family, my husband etc. There is nothing I love more than being in my own living room in the evenings â€“ to me its like an illicit activity (having been unable to do so for 8 years)!

CU: Great to catch up with you Oona. Many thanks.

Oona King is a broadcaster, writer, and political campaigner. Oona is Founding Chair of the All-Party Parliamentary Group on Genocide Prevention in the House of Commons; an Associate Fellow of Chatham House (The Royal Institute of International Affairs); Chair of the Institute for Community Cohesion (iCoCo), and Chair of Rich Mix Cultural Foundation. Oona writes for papers including the Guardian, New Statesman, Sunday Telegraph, and Observer, and is a presenter for television and radio documentaries.Â  Her website can be found at www.oonaking.com.