Painful, but surely the right decision

TMP editor, Chuka Umunna, reflects on a turbulent and dramatic couple of weeks for Labour, culminating in the Prime Mininster’s announcement this weekendÂ that there will be no general election this year and probably the next.

Waking up yesterday to the shrill, self-satisfied tones of those men of the people, David Cameron and George Osborne, crying “chicken” after Gordon Brown’s announcement over the weekend that there will be no general election this year (and probably the next) was wholly predictable.

Only three weeks ago I was downplaying the merits of an early general election on Sky News in discussion with the Telegraph’s George Jones, who was very much pro the idea. Not only did the Labour party seem ill prepared – under-resourced in terms of money and personnel, with many local parties lacking a candidate – but I felt it would be viewed as bad form by the Great British public when cows were being slaughtered and a run on one of the country’s banks (the first in a generation) was under way.

David Cameron, by common consent, had had a torrid summer. When Northern Rock started to splinter, with the consequent suggestion that a period of economic turbulence was to follow, Labour’s poll lead actually strengthened, with several polls putting Labour firmly in 40% territory – extraordinary given the usual downward pull of economic difficulties on a government’s poll rating.

So as Cameron’s fortunes dwindled and Labour congregated in Bournemouth, shorn of the Blair/Brown rivalry of yesteryear and more united than ever, I found myself beginning to waver. Maybe Gordon should call it after all. In private, one of the more cautious cabinet “young turks” and a couple of other ministers seemed to be wavering with me. But we have now well and truly sobered up, having got a bit jolly on a few poll leads in the last fortnight; smug shadow cabinet members are not what one wants to hear while recovering from the resultant hangover.

It may be painful, but Gordon Brown’s eventual decision not to call an election was surely the right one. Notwithstanding the latest polls, Labour’s troops were not totally sold on having an election now, with the most recent Guardian/ICM poll showing only 58% of Labour supporters saying “bring it on”. Indeed, public desire for an autumn election gathered apace as speculation increased; there did not seem to be an inherent desire out there in the real world to troop down to the ballot box on a frosty November day. 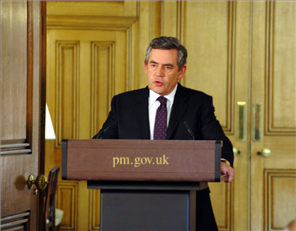 Above all, fans of our parliamentary system will also hope that Brown’s decision has stopped the drift towards a presidential system of politics in Britain. A common complaint made of Tony Blair was related to his promotion of the notion of a presidency with “Tony” at the helm, as opposed to a government with the Labour party in the driving seat. Though it could be argued that to the extent Labour’s mandate in 2005 was personal, it was as much Blair’s as it was Brown’s (remember the cries of “Vote Blair, get Brown”?), it is surely healthy that a change in party leader has not, on its own, precipitated a general election in Britain. There would have to be no clearer sign that Britain was sleep walking into presidential politics than for an election to be held primarily so that a premier could claim to have secured a personal mandate midway through a parliament.

That there was no clamour outside of the Westminster village for an autumn election and that there have not exactly been howls of outrage that there is not to be one, is perhaps a sign that the people out there in the country still see politics and government in party and not presidential terms too.

Put this way, if the events of the last few days mean a move away from presidential politics, this should worry Cameron. He has had his weekend in the sun but his personal appeal has generally always exceeded that of his party. The Tories, as a party, have not shorn their “nasty” image and have yet to convince that they have come to terms with the modern world. Their leader (with the help of Osborne and a few others) may have won the latest battle but it does not mean the Conservative party will win the war.