At the 1992 general election, the Conservatives suffered a shock defeat in Cheltenham, a place once considered to be “true blue” territory dating back to the 1950s. Their candidate, John Taylor, a black man (and, as such, a rarity) had been subject to racist abuse by members of his own local association, with some of the Cheltenham blue-rinse brigade reportedly urging local people not to vote for him.

Fast forward 15 years and Lord Taylor of Warwick is a Conservative peer, Adam Afriyie (the party’s only black MP) is a shadow minister, and six ethnic minority prospective parliamentary candidates, selected in safe seats, are waiting in the wings. And now the latest issue of the New Statesman, no less, wonders aloud on its cover whether the Tories and black Britain have become “new best friends”. A Tory moderniser’s dream morphs into reality.

The Statesman’s cover article is written by David Matthews, the journalist who caused controversy with his documentary “The Trouble with Black Men” in 2004. He suggests Labour can no longer rely on the unconditional support of black Britain. He thinks that as the black middle class grows, so will Tory support among African and Caribbean people, many of who, he asserts, are disillusioned with Labour policies on many levels and naturally sympathetic to Conservative social values. 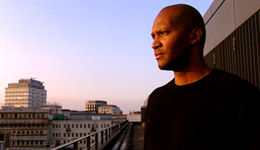 Touching on Nigel Hastilow’s recent resignation as a prospective Conservative parliamentary candidate, Matthews (right)Â is good enough to concede that race is still “an itch the Tories must scratch”. Yet, remarkably, he fails to mention the row that the Tories’ politico-celebrity London mayoral candidate, Boris Johnson, has caused. Only last month, a black Tory councillor in Croydon, Enley Taylor, became the latest to complain that his party was prepared “to overlook clearly racist statements by its mayoral candidate”. David Cameron has been strangely muted on this issue, but I digress. What of Matthews’ central charge? Are the days of kneejerk support for Labour in the black community over?

Speak to any Labour cabinet minister, councillor or activist who knows a thing or two about black Britain and they will tell you that the black vote cannot be taken for granted – gone are the days when it was necessary for Operation Black Vote to drill this into Labour’s psyche. It is not for nothing that, last year, the then leader of the House of Lords, Baroness Amos, started convening regular summits of government ministers and black church leaders, and Tony Blair spoke at Ruach Ministries, Britain’s second biggest black church. This was instigated long before Cameron’s PPS and eyes and ears in the Commons, Desmond Swayne, sent him emails urging him to do the same kind of thing.

Labour has an impressive record of delivery for black Britain. It was a Labour home secretary who ordered a public enquiry into the botched investigation into the murder of Stephen Lawrence, something the Major government steadfastly refused to do. It was a Labour prime minister who appointed the first black male and female cabinet ministers. In London – where most African Caribbean people live – it is Labour Mayor Ken Livingstone who has been leading the way, with record numbers of black people joining the Met, public procurement in London being opened up to black business like never before, and a statute of Nelson Mandela unveiled in Parliament Square to much fanfare. Then there is the huge increase in international development aid to developing countries, from which many black British people hail, which has been championed here and abroad by Gordon Brown since 1997.

Here you have a plethora of initiatives that, regardless of class, should make every black Briton grateful for a Labour government. Yes, there are many issues sitting stubbornly in the in-tray (the over-representation of black people in the criminal justice and mental health systems come to mind), but Labour has a damn good story to sell to black Britain, if only it could do better at communicating it. So what must it do?

Giving Labour’s black politicians greater prominence and some licence to speak a bit more freely, when addressing issues that have particular resonance with the communities of which they are a part, would help. There has been much talk of politicians lacking authenticity and – automaton-like – being unable to talk in a way that connects with the person on the street. Step forward Dawn Butler, one of Labour’s two black female MPs, who won many plaudits for doing precisely the opposite when given the chance to second the Queen’s speech in the Commons the other week. Lets see more of that.

But the failure to get Labour’s message across to the black community is symptomatic of a wider issue which takes us back to what the MP and former candidate for Labour’s deputy leadership, Jon Cruddas, and many in and around the left pressure group, Compass, have been banging on about for many months now: the relentless focus on a message targeted at middle England, which has made Labour coy about trumpeting its social-democratic achievements to other parts of the coalition which brought it to power in 1997. The result: nearly five million votes have left the party since that momentous victory a decade ago.

Ken Livingstone – like Cruddas, Compass and others – has never been afraid of wearing his social-democratic credentials on his sleeve, long since recognising the importance of keeping all parts of his family of support together, if he is to retain power, in May next year. Will Gordon Brown and his inner circle take a leaf out of Ken’s book to win back Labour’s lost support and secure a historic fourth term of Labour government in the years that follow?

Chuka Umunna is editor of TMP.Â