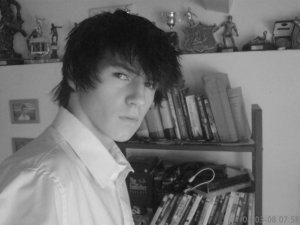 Those terms however now seem to have become part of the rocky lives of a section of young people growing up in Britainâ€™s capital city and this is evidenced by the tragic murders of 69 young Londoners aged between 10-19 over during 2007 – 2009.

Before delving into this further, it must be acknowledge that Britain is not quite as broken a society as David Cameron articulates, but rather a fractured one. A very small minority of murdered young people have become â€œfallen soldiersâ€.

The death of Ben Kinsella, however, brought home the truth that despite the â€œfallenâ€ being the few, simply being in the wrong place at an unfortunate moment is sometimes enough for a young person to find themselves entangled in the warfare. His sister Brooke has since proved instrumental in voicing the concerns echoed from the streets and it would appear that the calls have finally been answered.

When we look closely atÂ the Justice Secretary, Jack Strawâ€™s raisingÂ of the minimum term for knife murders to 25 years; we really must question whether it is effective as a preventative tool against the prevalence of knife carrying and its consequences or if it is just a tokenistic act to comfort the families of the fallen.

The concepts of â€œturfsâ€ or â€œpostcode warsâ€ are notions that the authorities have dealt with for some time. However a feeling of helplessness remains potent every time I hear a newsreader stoically reporting another brutal youth stabbing in London.

Baghdad for instance (not the one we hear in the news), is the name of a notorious patch of South London. It would be naÃ¯ve to expect that the connotationsÂ tied to this area (Acre lane, which lies within the â€˜Baghdad territoryâ€™ â€“ infamous for the Brixton riots of the 1980s), like many others, can be shaken off in a matter of months or even a couple years. It would be impossible and ineffective to attempt to remove every â€œdisruptive figureâ€ that resides there. Likewise a few sporadic stop and searches will do little in preventing a fatal outcome of a minor dispute that at any moment could oscillate beyond control. Even when things seem to be going towards a ceasefire, violence is easily triggered by the littlest of things.

I believe that the authoritiesâ€™ greatest tool in challenging this way of life is the law. A clearly outlined sentence could act as a form of truce for enemies, both aware that the tough repercussions make it extremely unlikely for the other person to be carrying a weapon, an extension of game theory with fatal outcomes.

With the minimum sentence for using the most accessible fatal weapon now twenty-five years, it is clear some inroads have been made. Yet for the new sentencing to be purposeful the disincentive for carrying a knife in the first place has to be strong enough to counter the tensions, intimidation and demand for respect on the streets. It remains to be seen if this will be the case.

With the average sentence for being caught in possession of a knife being only six months, the fundamental flaw in the system is revealed. Six months is the perfect amount of time to build street credibility inside, take a break from the risky â€œroadsideâ€ and work out ready to flex those muscles when released.

“When things gettin mad on the roadside its nice to ghost [disappear] and if anything get kool with a couple names inside [prison] still… [inside prison] its not easy like no internet but thereâ€™s no worry â€˜bout rent anâ€™ you can get weed, I saw faces going over crazy though when they had nothing to buy it with … so I gave that [weed] shit up… thereâ€™s not a lot of madness [inside prison] cos you get TV and a nice room if you behave good so obviously thatâ€™s the motive and its kind of cosy them ways still ..”

It is even more disturbing when young people aged under 16s are caught with a knife, they receive merely a caution and a â€˜lectureâ€™. This makes under 16 year olds targets to be used as â€˜carriersâ€™. Is it any wonder as to why so many socially displaced secondary school children are being sucked into the cycle? The prospect of spending half term behind bars is grim for any pupil, but it should be deployed to deter those underage offenders from carrying knifes, while also keeping the streets safest for the majority of law abiding children in the holidays.

Young people like me grow up in a city today where minor arguments can in an instant turn into threatening moments of violent and potentially fatal rage. As long as sentences for carrying knifes remain weak the incentive to thrive in London through intimidation and violence shall continue to outweigh the repercussions. Itâ€™s clear we’ve arrived at a point where the law must say NO full stop to the culture and not just the aftermath, by having a tough clear and loud response to knife carrying.

â€œPeople only carry knives knowing that they wonâ€™t receive a real sentence unless they are actually caught stabbing someone.â€


Great first post, not sure about the law being the most effective way of dealing with knife crime though.