As part of The Multicultural Politic‘s coverage on the General Election, we will be reviewing the parties’ manifesto pledges and policy of particular interest, we start by looking at the important and emotive topic of immigration and making our own case for a different policy direction. 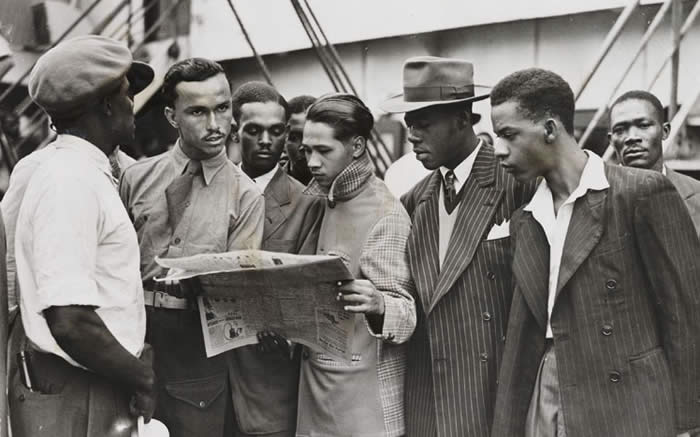 What is striking about the mainstream parties (the so-called Big Three) Asylum and Immigration Policies is that there is aÂ lot of consensus. The choice on immigration is limited to theÂ question of having an reformed, stricter and “final” undocumented workers’ amnesty law or not,Â having an immigration cap administeredÂ by anÂ absolute number or by a points system (including a regional one). The issue of the real need for ageing Britain to have more immigrants is completely ignored, this sends the message that more immigration (particularly African and Asian economic migrants)Â is bad for Britain. Immigration needs to be talked about a lot more, especially evidence based arguments as opposed to the usual appealing to emotion and xenophobia. 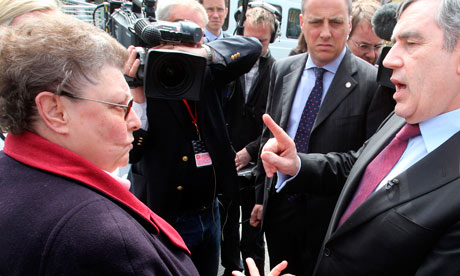 Gordon: I'm just as bigoted as you

Whilst Gordon Brown called a lifelong Labour supporter, “a bigoted woman” because of her xenophobic comments on immigration, how bigoted does he believe his own government policies are?

From the despicable juxtaposition of “Crime and Immigration” as a key section title in Labour’s manifesto, which implies a link or relationship between the two ideas, Labour starts the “not-racist” tone of the debate on Immigration. Hardly “progressive”, but let’s scratch beneath the “not-racist” veneer and see what Labour and Gordon Brown is offering the Great British Public.

On 31st March,Â Gordon Brown made his lastÂ keynote speech before the election on immigration. He confirmed what had long been the Labour Party’s direction of travel to soft xenophobia.Â In 2007,Â Gordon Brown’s first speech as Prime Minister to the Labour Party conference, he attempted to steal the BNP’s slogan of “British Jobs for British Workers” which was applauded by the Brownite faithful and seized on by the Daily Star and the Lindsey Oil Workers last year. A clear signal showing Labour’s pandering to racism and xenophobia was demonstrated when the then Children’s Minister Margaret Hodge penned anÂ inflammatory xenophobic comment piece in the Observer in 2006.

Since 2006 thereÂ have been howls of racism and foul play fromÂ both conservative and liberal/socialist sections alike. So a week before calling the election,Â in the former migrant hotspot of Spitalfields, East London and Gordon attempted to appease immigrant and liberal outrage, with smiles and boasts of the former â€œsuccessfulâ€ mass migration appearing even-handed and speaking “common sense”, whilst pledging the continuationÂ and further tightening of the Australian style immigration controls.

Gordon BrownÂ identified the key reason forÂ further restrictions onÂ the freedom of movementÂ as “If we don’t listen to people’s concerns on immigration they will be turn to people who will”.Â A blatantÂ nod to the BNP, UKIP and Tory consensus that “uncontrolled immigration” is destroying Britain and “Britishness“.

Whilst sticking to facts his argument is right-wing and authoritarian, accepting the movement of people controlled by any government is accepting population control and restrictions on humanÂ freedoms.

The Independent Newspaper was impressed. We at TMP however,Â are not so easily pleased.

New Labour has reformed immigration policy more than any previous government in British history, whilstÂ this governmentÂ hasn’tÂ tarried inÂ tightening immigration controlsÂ to restrict undesirable low-skilled African and Asian migrantsÂ to come to Britain.Â TheÂ immigration lawsÂ brought by New Labour hasn’t stopped theÂ responsible members of the cabinet relying on “illegal immigrants” to clean their houses. Despite many organisations and communities such as London Citizens campaigning to turn Strangers into Citizens for the past four years, Labour has ignored them.

This didn’t stop Howard however becoming later the Australian Prime Minister. The Howard GovernmentÂ implemented the Pacific Final Solution, restricting the rights of parasites Asylum Seekers. So a shining example to Britain and the Labour Party then is there any wonder to why we have Yarl’s Wood?

Conservatives: Like Labour plus a cap on non-European immigrants

David: Look at me I'm sitting next to a black person!

The Party of Enoch Powell and the Monday Club are striving to outdo New Labour in their xenophobia and discrimination towards non-EU citizens. Fuelled by “think tanks” and pressure groups such as Migration Watch, the Conservatives have pledged to “go further” than Labour. There is hardly any difference between Labour and Conservative policy other than relish and a “cap”.

David Cameron often cites immigration statistics and aspires to bring down the numbers and suggests that a cap on non-EU migrants would be a key tool to achieving that aspiration on top of the Australian points system.

Unfortunately statistical evidence undermines “Call me Dave” Cameron’s argument. When immigration went up during a booming economy in 2005, unemployment remained low. However since the UK went into recession in late 2008, immigration started also to decline inline with the economy, as jobs decreased, so did the immigrants.

Nick: My wife's a foreigner you know

Liberal Democrats are often accused of being inconsistent,Â of being Libertarian Tories in the rural South andÂ Social DemocraticÂ multi-culturalists in the Urban North. In immigration we can confirm that they are consistently inconsistent.Â Whilst we grudingly welcome the Liberal Democrats on beingÂ the only one of the bigÂ three to pledge an amnesty for undocumented migrant-workers (though 10 years is a long time to be dodging the authorities, paying debts toÂ criminal gangsÂ andÂ livingÂ on less than the minimum wage), and also on allowingÂ asylum seekers to work whilst they apply for asylum.Â However the regionalisationÂ the Australian-style points system is quite absurd.

Regionalisation of thisÂ xenophobic policy would turn Britain from a liberal-democracy towards a Mao-Stalinist Authoritarian state, it is absurd and ill-thought outÂ onÂ 3 fronts:

We don’t give ratings on policies and would leave it to our readers to judge how which party has the worst.

Why I oppose immigration controls

An immigration point system is not only unfair to working class people trying to find a better life for themselves but also does nothing for the Brain Drain in the developed world. The message is that European people of any background and educated upper to middle class migrants from outside Europe are welcome, whilst working class non-European (read African, Asian, Latin American and “new” Eastern European) immigrants are not.

Britain needs new immigrants but communities also need to know that resources in their community are being fairly distributed. This can’t happen without communities having democratic control over their resources and accountability on their public servants. Now democracy in of itself isn’t the answer, if Gillian Duffy, the Daily Mail, Daily Express, Daily Star and The Sun readership are anything to go by then many British people have no problem with making racist comments about Eastern Europeans.

Xenophobic and soft-racist attitudes and myths like “Britain is full” need to be tackled, but recent evidence has shown that generally people in a locality become less ignorant when they experience recent immigration, direct contact with immigrants expels racist myths. We need to reduce segregation, the current and planned set of immigration controls from the main parties does the exact opposite.

Leaving the recession and neoliberal economic policy aside, the freedom of movement within the European Union has caused living standards to rise on average in ALL European countries and especially in the poorer Eastern European countries like Poland, where the relative scarcity of key workers has caused wages to rise to tempt skilled workers from leaving for their country for Western Europe. If this logic was extended globally (notwithstanding there would need to be a social global equivalent of the EU), it would be rich “Northern” countries to subsidise and help develop the poorer “Southern” countries, not only for more trading partners in the capitalist system we live in but also for more consumers. It isn’t even revolutionary as socialists and capitalists and those inbetween can agree that immigration controls do not help make a more cohesive local or global society.

So whilst the main parties continue to pander to the anti-immigrant ethos, at TMP we say “We love migrants” as we are all descendants of immigrants even Angles and Saxons.