At last, someone’s come up with a clean, decisive system for holding elections. The way it works is everyone has a vote, and then the management of British Airways and a judge decide the result. They’ve tried this method with the ballot for a strike amongst cabin crews, who voted 7,482 to 1,789 in favour. So the courts ruled that this didn’t count because the Unite union didn’t mention, in some of its announcements, that 11 ballot papers had been spoilt. 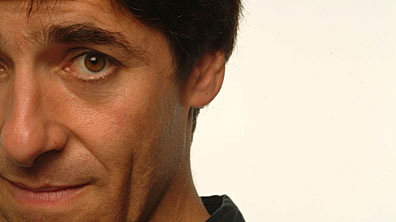 There has been the odd critic of this ruling, such as the President of North Korea who said, “Oh that’s going TOO far”, but you can see BA’s point. Because there may have been many union members who were only prepared to support the strike as long as the number of spoilt ballot papers wasn’t a prime number. Imagine how cheated they’d have felt if they’d lost three days’ pay, assuming the number of spoilt papers was 12 or something divisible by seven and then they’d found out the shocking truth when it was too late.

So the courts decided the strike was illegal and the ballot has to start again. This time it could be 10,000 in favour and none against, and a judge will say, “It still doesn’t count, because the union didn’t announce the result in a Geordie accent.” So Unite will comply with that, and the judge will say, “No, that was Middlesborough. You’ll have to start all over again.” The next vote will be annulled because the union reps didn’t convey the result as a piece of contemporary dance, and the one after that won’t count because a writing expert will declare some ballot papers were marked by a voter’s left hand, which is the Devil’s hand and Satan isn’t registered as a paid-up Unite member. Then there’ll be a rule that as they’ll be thrown away in the event of a strike, each in-flight dinner should have a vote, which will be assumed to be “No” if they don’t bother.

This would make more sense than the statement by BA chief Willie Walsh, who said, “The vast majority of our staff have demonstrated they don’t support this strike.” He can say that because unlike the union, which is relying on the shady evidence of the number of votes cast, he’s going on the more dependable basis of what he sort of reckons.

So it’s a shame the BBC didn’t get Walsh to present their election night broadcast. He’d have been able to offer insights such as, “15,000 votes there for the Liberal Democrats, 11,000 for the Tories and 6,000 for Labour, so an overwhelming victory for the Portuguese Social Democrats.”

In fact, if Gordon Brown had thought of it he’d have put Walsh in charge of the general election, because thousands of people were locked out of polling stations, and few returning officers read out the number of spoilt papers, so it would have gone to court, and we’d have to hold the whole thing again and again for ever and Brown would never have had had to go.

Walsh has declared that the court’s decision “gives the union an opportunity to pause and reflect”, as if union members are likely to react to this by realising the management is fair after all. But in his soft voice and said from a position of power, it reminds you of Al Pacino in The Godfather. Next time Walsh is on Newsnight, when he’s asked about whether he’s talking to the union he’ll say, “Jeremy â€“ don’t ever â€“ ever â€“ ask me about my business.”

Walsh is also complaining that the regulations on when it’s safe to fly through volcanic ash are all wrong. His analysis appears to be that the safe level of particles is always slightly more than whatever it happens to be at the time. But with his understanding of statistics that could be worrying. There could be wrecked planes strewn across Europe and he’d say, “The vast majority of the ash has demonstrated it has no interest in disrupting our customers.”

But the union had better make allowances for this if they hold another ballot. Because if the result is overwhelmingly for a strike, the courts will say, “But you didn’t announce the results to those members who voted but are now lost somewhere in the Atlantic, so off you go and start again.”

First published in The Independent