From the International Collective of Prostitutes

A malicious prosecution with a happy ending.

On Thursday 29 April, in Luton Crown Court, Claire Finch was found NOT GUILTY of a criminal charge of keeping a brothel. Â The jury,Â in line with public opinion,Â refused to criminalise Ms Finch for working together with friends from her own home for safety.Â  Ms Finch, her friends and colleagues, her legal team and the English Collective of Prostitutes which co-ordinated the case, celebrated this victory for rights and safety. 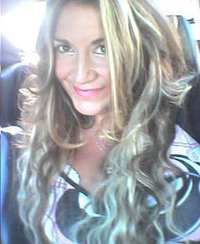 This case is a precedent â€“ it forges a way for sex workers to work together from premises.Â  Thousands of women who want to protect their safety now have the possibility of a legal defence against criminal charges.Â  Sex workers are 10 times more likely to be attacked on the street than indoors, and it is much safer to work with someone else than to work alone.Â  Yet the law expressly forbids this â€“ two or more women working together are classified as a brothel.

Following the decision of the court, all pending prosecutions of women working together without force or coercion must now be dropped.Â  Parliament must now look to decriminalise as New Zealand did successfully nearly seven years ago, improving womenâ€™s safety without increasing prostitution.

This victory follows 36 years of campaigning by the ECP and, more recently, the Safety First Coalition we co-ordinate, and thousands of cases we have helped with over that time.Â  It is also an expression of a massive anti-rape movement spearheaded by Women Against Rape, which has established that every woman deserves protection, regardless of her occupation or relationship to her attacker.

Winning also took determination, access to experienced and accountable lawyers, attention to detail, and a jury which reflected what we have known for some time â€“ that most people are now more concerned with safety than with prejudice.

The prosecution barrister, Samantha Cohen, claimed that under the law Ms Finchâ€™s home was a brothel because more than one woman was offering sexual services.Â  She implied that Ms Finch was greedy and lazy, and suggested that she could instead have worked as a â€œsecretary, beautician, shop assistant or chefâ€. She seemed oblivious to the recession that is throwing thousands of people out of work, and of the irony of a woman on a comfortable professional wage giving glib career advice to a mother-of-two struggling to pay her mortgage.Â  Her suggestions of other security measures, such as employing a receptionist, showed her ignorance given that a number women in central London who work in exactly that way are facing threats of prosecution.

The jury heard from Ms Finch, that she worked from her home collectively with friends, providing massages with “happy endings”.Â  There were always two women in the house for safety.Â  Supportive neighbours gave evidence that they were aware of what Ms Finch did for a living, and that she was considered a caring, respected and much loved member of their community.

The court was told that there had been nearly 20,000 sexual and other violent attacks reported against women in Bedfordshire during the past five years.Â  18 sex workers had reported being attacked â€“ a figure likely to be very conservative as most women do not report for fear of being prosecuted instead of their attackers.

Summing up, Anna Morris, the defence barrister told the jury that the brothel-keeping laws under which Ms Finch was being prosecuted, were introduced in 1956 when it was still unlawful for men to have sex with each other and when rape in marriage was not legally recognised as a crime.Â Â  She said that

â€œ. . .Â parliament is struggling to keep up with modern morality . . . women who chose to sell sexual services want to be able to do so safely. . .Â  In reality, it was a collective of mature women, sharingÂ  work and finances, working in a way that was necessary to protect themselves, not working alone or on the streets or in a way that may expose them to serious violence.â€

In directing the jury, Judge Mensah outlined that if they found Ms Finch was the keeper of a brothel they could consider the defence ofÂ duress of circumstances: that she was compelled to work with other women for fear of assault if she worked alone.

Ms Finch should never have been prosecuted

This malicious prosecution was motivated byÂ the moral crusade which resulted in the passing of anti-prostitution clauses in the Policing and Crime Act (PCA).Â  The PCA has increased criminalisation driving the sex industry further underground and women into more danger.

It was also motivated by financial incentives.Â  Proceeds of Crime legislation allows policeÂ to keep money and assetsÂ resulting from raids.Â Â The police raid on Ms Finchâ€™s home was lead by Kempston Economic Unit.Â  90% of her police interview was focussed on what income and assets she had.

Whilst this case is a very significant breakthrough, it should never have been brought to court.Â  Ms Finch commented:

â€œMy family and I have been through 16 months of distress with the fear of a criminal conviction and possible prison sentence hanging over me. In this case it had a happy ending but charges should never have been brought. I thank the ECP, which co-ordinated my campaign, from the bottom of my heart.Â  They found me lawyers, helped prepare my defence and stuck with me throughout.Â  Together we intend to press for this bad law to be abolished.â€

â€œThis landmark decision strengthens other women facing similar prosecutions.Â  Like Ms Finch, many women now facing prosecution are mothers supporting families.Â  At a time of economic crisis and brutal cuts in welfare and resources, women, whether they work on the street or in premises, should not be criminalised for trying to survive.

We note the deafening silence from so-called feminists who enhanced their careers by pushing through repressive legislation against sex workers, and have nothing to say about prostitute womenâ€™s safety and rights.â€

The English Collective of Prostitutes relies on unwaged volunteers. Â Travel and other expenses have to be covered from donations.Â  Ten other prosecutions are currently in the pipeline. Â All need the detailed and consistent work that this case required in order to win it.Â Â If you need our help or support our work, please donate what you can afford by cheque or through our website, to ensure that we can continue.