South Africa, the home of the two “global elders”, Nelson Mandela and Archbishop Desmond Tutu. Since Mandela’s Presidency, it has been affectionately dubbed the Rainbow Nation, and changed from a pariah state which suffered the most effective academic, economic and cultural global boycott in history to now being the host of the first FIFA World Cup on the African continent. Despite its turbulentÂ history and now 16 years of “self rule”, there are troubling persistent problems that remained common place and in some areas worsened since the historic Mandela Presidency. 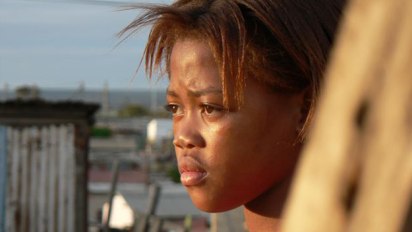 The British television programme, Channel 4’s Dispatches on 23rd May documented the story of four South African girls aged 11 to 13 as they struggle to come to terms with the crimes committed against them and fight the social stigma that comes with the abuse. These girls are shown and genuinely appear to be the tragic victims who overcome their fears to pursue justice in a society where violence and misogyny is prevalent. Their stories are deeply disturbing and upsetting. There are some powerful images and testimonies of these young people some of whom are raped either by other children, their father or some other adult in their community.

It was disconcerting yet admirable to see these young girls describe through tears their horrific experiences, though gut-wrenching it needed and should be heard unmediated and directly. It was also good to see some positivity amidst the horror of their every-day lives, the acts of kindness made by black professionals in education and social care, the enduring love their supportive mothers had showed them and also the love they had for their parents even those who had betrayed them.

Despite this the programme was still too voyeuristic and dis-empowering. Peppered with salacious facts such as at leastÂ 60 cases of child rape reported every day, and that today in South Africa, a girl is raped every three minutes but almostÂ nine out of 10 cases of child rape are never reported, it was high on sensationalism and low on analysis.Â There were big questions left looming and completely unanswered, like:

These questions have got answers but they are political in nature and the implicatications could point the finger not only at Mandela and the subsequent ANC governments but also at Western economic instruments and ideologies such as the International Monetary Fund and free market capitalism. It was a pity that the programme makers shirked their responsibility to not just inform but also to explain. Programmes and news reports like this, have been labelled by the quite brilliant Adam Curtis as “Oh Dear-ism”.

Last year an independent survey found out that one in four men in South Africa admitted to raping a woman, more than half admitted to doing it more than once. Rape of females whether of adult women or pubescent girls, South Africa’s record on violence against women is a shameful one. A South African blogger believes that normalisation of the near ubitiquous rape of black women and girls is part of the legacy of Apartheid. Though this cultural reasoning may be true, misgyony and male chauvinism has been around a lot longer. Plus now Apartheid ended with majority rule since 1994, it has resulted that the current head of the South African state being an apparent emphatic patriarch himself.

What was also lamentable about the programme was the failure or ignorance of the documentary film makers to show the grassroots led struggle against rape in South Africa. Grassroot struggles and organisations like Abahlali baseMjondolo, the South African shackdwellers movement, which has fought against both slow and ineffective service delivery by the state and misygony and women’s safety in their organised informal settlements. There is also the good work of the Treatment Action Campaign which has organised a good campaign against rape. 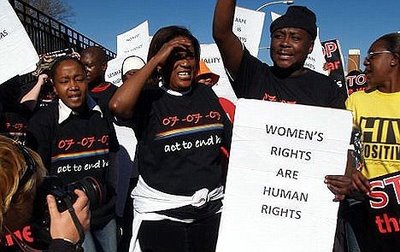 Dispatches failed to even illustrate or allude to the work of international bodies such as the United Nations and their movements towards a UN Women’s Agency which would seek to address grave issues and cultural problems. The programme ended with South Africa being depicted as a hopeless country for any female child, with a 50% chance of being raped. The only fightback shown was an instance of vigilantism which only resulted in further heartbreak for one of the victims in the programme.

However despite its Oh-Dearism, these stories do need to be told but hopefully in future with examples of showing that these Africans are not either just savages or brave victims trapped in a hopeless system but more as a set of people like any other that faces adversity and tribulations with humanity, dignity and a keen sense for justice and equality. They do not need yet more pity with our misguided charity but rather our empathy and solidarity.

One thing you could do to help is join Action on Southern Africa (ACTSA), the successor organisation of the Anti-Apartheid Movement and organise a solidarity campaign, Channel 4’s Dispatches to it’s credit has attempted to address my fifth question and have provided links of positive projects on their website.