Osborne and Laws sharpen their axes: the Con-Dem Nation Economy

Whilst the city and business leaders have applauded the “fair but painful” cuts, they note that it will not affect most of the city. Yes some small business will feel the pain particular government contractors and businesses in the IT sector but the Markets and Richard Lambert, head of the Confederation of British Industry could barely contain his joy as taxes will not be raised on the rich, which was the real fear.

The Department formerly known as for Business, Innovation, Universities and Skills (it isn’t for Universities anymore), the former fiefdom of Peter Mandelson was worst hit in monetary terms with Â£836 million cuts this year. It is unknown if St Vince knew this was planned when he took the job of Business secretary, but the Lib Dems always wanted to scrap the department so it is possible.

Maybe Vince Cable always believed it was fair to cut the increased number of working class students going to university by half, maybe it is fair to scrap the opportunity for unemployed under-25s to find jobs and measly internships through the Future Jobs Fund. Whilst St Vince remains silent, his powerful colleague the Chief Secretary to the Treasury, David Laws dismissed those who called ending the Child Trust Fund as being unreasonable. What Clegg and Cameron meant by change, during times of record youth unemployment, this coalition government are giving young people the chance to struggle unaided by the state. That’s change you can believe in. 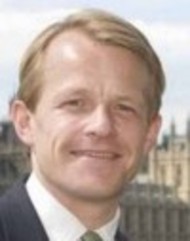 Laws: Trust me I'm a banker

As any investment banker can see that encouraging working class people to save money for their children through the Child Trust Scheme is clearly stupid when you want to stop debt in a recession. Who needs to invest a pittance of up to Â£750 for their child when instead you can have a free unsubsidised apprenticeship offered by the “progressive” Tory-Liberal Coalition?

But it is not just BI(U)S which will suffer under Laws and Osborne’s “scalpel”, in education, the schools’ budget was protected but “red tape” will be cut in Every Child Matters scheme, you know that useless project that has the remit of checking that no children are left at risk of abuse or neglect between 0 to 19 years, but Baby Peter wasn’t protected by it so why bother?

The Tory shadow cabinet member who lost his original job to David Laws,Â PhilipÂ Hammond is now the Transport Secretary and will be facing a 5.1% or in monetary terms a Â£683 million cut. According to the Gershon review it is not feasible for organisations to get more than a 3% productivity efficiency savings, however those “savings” have already been implemented so this means real cuts to investment in the CrossRail project and less high-speed rail more “mid-speed”. Same old Tories always neglecting the railways.

As for the English public voting in 17 more Labour councils, all local authorities including those councils (some of which were elected on a mandate for making cuts) have been rewarded with a Â£1,165,000,000 cut in allocated but not yet spent funds. Nick Clegg believes in devolution and so cuts have been devolved to local authorities that are losing not just core budgetary funds but also money for community projects as the Mr Pickles’ Communities Department was the worst hit in budgetary terms with 27% cut which includes community cohesion project funding and social care… so much for “protecting front line services”.

“In my view these cuts will be a disaster for ordinary working people who will see their living standards fall and unemployment rise.

I expect unemployment to increase to well over three million by the end of the year and youth unemployment to be above a million, unless the government reverses course immediately.

At the press conference the Chancellor argued that these cuts are intended “to boost confidence in the economy and protect jobs”.Â  Far from it they will likely destroy jobs and cause confidence to collapse.”

His name is David Blanchflower, a man who was often voted in the minority during his tenure on the Bank of England’s Monetary Policy Committee. But he got kicked out of the Bank of England by the last government, so the treasury clearly believes his view must be wrong.

So many public sector jobs and essential social services to go by this warning shot, it is only “a shockwave… we are being very draconian and inflexible”, a promise that far from this being savage, this is only the beginning. This comes from a Chancellor who believes the UK economy can be compared to a household budget.