Climate defence is not an offence!

Climate9 ‘Climate Defence Is Not An Offence’ Poster To avoid disappointment RSVP ASAP to info@climate9.com 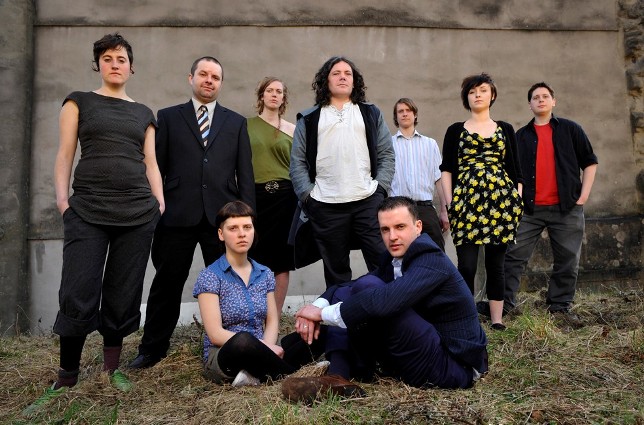 The evening will feature top civil rights and climate justice advocates and lawyers, speakers from the Climate9 Defence Committee, details of the case from the lawyers, discussion on direct action and using the courts to call for real justice and a chance to meet the activists

Speakers Include (So far):

Gareth Peirce: Leading Human Rights Lawyer and Civil Rights Champion currently protecting the young Manchester men from torture abroad. In a career of more than 30 years, she has appeared for, among others, the Guildford Four, the Birmingham Six and the families of the victims of the Marchioness river boat disaster.

Suresh Grover: Leading Civil Rights and Anti – Racist Activist and founding member of The Monitoring Group: leading exponent of family led empowerment and justice campaigns in the UK. Over the past 25 years TMG have many led campaigns to help families including those of Blair Peach, Kuldip Singh Sekon, Ricky Reel, Micheal Menson, Stephen Lawrence, Zahid Mubarek and Victoria Climbie.

Liz Hosken: Advocate for social and ecological justice, Liz co-founded and is Director of the Gaia Foundation, working with a global network of pioneers and visionaries.

Jenny Griffiths: â€œClimate Defence to Protect the Public Healthâ€ from the Climate and Health Council.

The Climate9 Family Spokesperson and defendants

Other speakers include: spokesperson for â€˜Nottingham 114â€™: The UKâ€™s first pre-emptive arrest charge on people before any laws are broken to protect the planet.

The Climate9 Defence Committee are a wide group of organisations and individuals who support the actions of anti-aviation campaigners who took direct actionagainst airport expansion in Aberdeen in March 2009. These 9 activists now face a court case which could get them years in prison. We believe that the Climate9should be rewarded for their actions and not punished. If you agree that climate change is an urgent threat which is already costing lives and destroying ecosystems that support us, and that those in power need a radical wake-up call, please join us to stand up for those who are doing just that. We need as many statements of support as possible. Write one for yourself or your organisation now.

Solidarity with the Climate9

â€œIn an age when political parties have almost identical domestic and foreign policies beholden to a rapacious ‘market’, direct action is the one principled course left to democrats. History celebrates many activists like the Climate9, who deserve all our support.â€ John Pilger

â€œOne of the big issues of the 21st century is undoubtedly that of climate change. Not only its implications for human existence but also for global justice. I support the work of those engaged in bringing light to shine on this matter of paramount importance for our future. I offer my solidarity to the Climate 9 defence committee in their struggle for justiceâ€. Linton Kwesi Johnson

“Civilisation has never progressed by squatting in its comfort zone. The great human breakthroughs have always been led by small clusters of brave individuals taking costly stands. History will be the ultimate court of opinion that will judge the climate protestors. In so doing, may its hand not be forced to judge our wider British society too harshly.” Professor Alastair McIntosh, Centre for Human Ecology.

â€œWhatever the price we have to pay for speaking the truth, the Climate9 are publicly prepared to do so, to try and bring justice for those detrimentally affected by climate change. This is supposed to be a democratic country and we can participate in political activity. The Climate9 will not uphold increasing state and police repression and camouflage the war that is climate injustice. All over the world people demanding climate justice have complained to the magistrates about magistrates, complained to the judges about judges and complained to the politicians about politicians. It’s time we did something for ourselves. Whatever happens to us, the Climate9 trial is an opportunity to spread the need for urgent action and to challenge the authorities with pride and confidence.â€ Dan Glass, Climate9 defendant

â€œThe action taken by this group of individuals against airport expansion in Scotland reminds us how far from grasping some of the concerns that citizens share over the environmental and social impacts of such developments both here and abroad.â€ Maria Adebowale, Director of Capacity Global

AirportWatch Scotland is a not-for-profit umbrella movement bringing together national environmental organisations, local communities, and individual environmentalists. We aim to campaign against airport expansion, particularly on the grounds of climate change and noise.

Climate Camp is a collective organising the camps for climate action, an international grassroots movement of action on climate change.

So We Stand is an emerging grassroots movement of people who consciously work for empowering social change to develop multiracial politics and self defence strategies for environmental and climate justice.

Gaia Foundation is celebrating 25 years of working with individuals organisations and networks, in Africa, South America, Asia and Europe, to regenerate healthy ecosystems, enhance traditional knowledge and practices for land, seed, food and water sovereignty, and to strengthen community self-governance. This enables communities to become more resilient to climate change and related challenges.

Platform London. PLATFORMâ€™s work it is driven by a commitment to social and ecological justice, and is carried out in an interdisciplinary manner, combining the skills of research and analysis, creative writing and performance, listening and dialogue.

The Monitoring Group is working towards the eradication of racism, bigotry and religious hatred and their adverse impact on victims and their communities. We are committed to a pluralistic society where human rights are intrinsic and paramount and where cultural social and political diversity is valued.

Resistance is the best Olympic spirit: audio from John Carlos and Janet Alder speeches
May 22, 2012
Tony Ball runs away from “Community Wrecker of the Year” Award Reception
February 28, 2012
This Saturday: Memorial event for Murdered 21-year-old Russian Anti-fascist in London
February 24, 2012