Democracy for the People of Thailand – Protest at Royal Thai Embassy, London @ 28/05/05 4pm 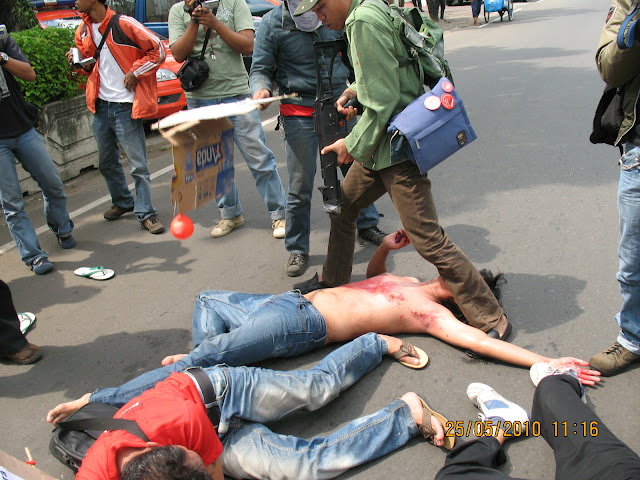 The UK section of the International Solidarity for the People of Thailand Campaign is calling a demonstration today at the Royal Thai Embassy, 30 Queen’s Gate, London SW7 5JB at 4pm – 6pm. Since 10th April, more than 80 people have been killed including non-aligned protestors, independent journalists and Red Shirt leaders. By 19th May, the Abhisit government had completed a “successful mission” in Bangkok, but the uprising has spread throughout the countries with at least 22 provinces recording anti-government protests in both violent and non-violent ways. The International Solidarity for Thailand Campaign started on Tuesday 18th May with a single voice calling for solidarity against the army shooting and assassination of unarmed citizens protesting against an unelected government. The response to call made by the International Solidarity for Thailand Campaign has been humbling, and we have received messages of solidarity and witnessed solidarity protests and demonstrations in Australia, Indonesia, Hong Kong as well as in the UK. We are not aligned either side, not the Royalist government nor with the so-called “Red Shirts”, formally known as the United Front for Democracy against Dictatorship as we abhor violence as a legitimate method of protest. Though any group under violent attack have a right to defend themselves, we believe however that the UDD have gone beyond self-defence an engaged in acts of aggression.

We do acknowledge although that things are changing, once the UDD was unequivocally supportive and backed by the ousted Prime Minister, Thaksin Shinawatra, a billionaire and corrupt politican. Now it appears that the call for democracy and immediate elections initiated by the UDD has resonated across the country and is a cry that goes back to 1932 with the promise of Professor Pridi Phanomyong bringing the official end of Absolute Monarchy and delivering a path towards full democratic self-rule.

Our campaign and its demands has been considered controversial in some quarters but even several members of the European Parliament have spoken in agreement with the statement that Thai state repression is contemptible and the government must conduct free and fair elections as soon as possible. We called for an end to the violence but agreed with the campaign’s demand for democracy and a rejection of Monarchist authoritarianism. Despite the tragic loss of life and state repression, the fervour for change is growing stronger, in a country where citizens and foreigners can get a minimum of 3 years if caught either criticising or accessing literature that is critical of the King, the democratic fighting spirit of the people of Thailand is both brave and admirable.

We at The Multicultural Politic stand not with populist Thaksin nor army-backed Abhisit but with the Thai people who want and deserve democracy.

UK Thailand Solidarity Campaign Open Meeting – 13th June, London
June 8, 2010
The Thai Uprising for Democracy & the Criminalisation of Dissent
June 7, 2010
Thai Political Prisoner: “I will sacrifice my liberty, but not my humanity!”
June 4, 2010