The Islamic case for Academies – “Free our schools!”

At The Multicultural Politic, we want to stimulate debate and give a voice to those who aren’t usually given time by the mainstream media. Though the editorial team disagrees with the idea of Academies, debates cannot be had if only one point of view is published. We have and will continue to publish anti-Academy articles but today we have decided to publish this pro-Academy article. Leave your comments below.

Almost all children now believe they go to school to pass exams. The idea that they may be there for an education is irrelevant. State schools have become exam factories, interested only in A to C Grades. They do not educate children.Â Â Exam results do not reflect a candidateâ€™s innate ability. Employers have moaned for years that too many employees cannot read or write properly. According to a survey, school-leavers and even graduates lack basic literacy and numeracy skills. More and more companies are having to provide remedial training to new staff, who canâ€™t write clear instructions, do simple maths, or solve problems. Both graduates and school-leavers were also criticised for their sloppy time-keeping, ignorance of basic customer service and lack of self-discipline.

Bilingual Muslims childrenÂ have a right, as much as any other faith group, to be taught their culture, languages and faithÂ alongside a mainstream curriculum. More faith schools will be opened under sweeping reforms of the education system in England. There is a dire need for the growth of state funded Muslim schools to meet the growing needs and demands of the Muslim parents and children.Â Â Now the time has come thatÂ parents and community should take over the running of their local schools. Parent-run schools will give the diversity, the choice and the competition that the wealthy have in the private sector. Parents can perform a better job than the Local Authority because parents have a genuine vested interest. The Local Authority simply cannot be trusted.

The British Government is planning to make it easier to schools to â€œopt outâ€ from the Local Authorities. Muslim children in state schools feel isolated and confused about who they are. This can cause dissatisfaction and lead them into criminality, and the lack of a true understanding of Islam can ultimately make them more susceptible to the teachings of fundamentalists like Christians during the middle ages and Jews in recent times in Palestine. Fundamentalism is nothing to do with Islam and Muslim; you are either a Muslim or a non-Muslim.

There are hundreds of state primary and secondary schools where Muslim pupils are in majority. In my opinion all such schools may be opted out to become Muslim Academies. This mean the Muslim children will get a decent education. Muslim schools turned out balanced citizens, more tolerant of others and less likely to succumb to criminality or extremism. Muslim schools give young people confidence in who they are and an understanding of Islamâ€™s teaching of tolerance and respect which prepares them for a positive and fulfilling role in society.Â Muslim schools are attractive to Muslim parents because they have better discipline and teaching Islamic values. Children like discipline, structure and boundaries.Â Â Bilingual Muslim children need Bilingual Muslim teachers as role models during their developmental periods, who understand their needs and demands.

None of the British Muslims convicted following the riots in Bradford and Oldham in 2001 or any of those linked to the London bombings had been to Islamic schools. None of them were educated in Pakistani Madrasas. They were all Western educated by non-Muslim teachers. Bilingual Muslim children need bilingual Muslim teachers as role models.Â 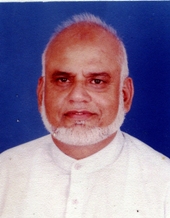 Iftikhar Ahmad is a Consultant at London School of Islamics, an Educational Trust in East London.


The Islamic case for Academies – "Free our schools!" http://tmponline.org/si


This sounds like something out of the Daily Telegraph or the Daily Mail. “Facts” are quoted with no reference to research and where “research” is mentioned, we are not told which research. Statistically speaking it is almost certain that those British Muslims convicted of anything will have been to a non Islamic school – that is not an argument for more.

The experience in Northern Ireland has shown us that segregated education breeds problems, not solves them. The argument should be against creating more and more academies partly or wholly sponsored by the Church of England, not for more religious based schools. Let the religious groups deal with faith and state education deal with the rest.

I am increasingly fed up with casual, damaging and ill-informed assumptions about local authority schools. Where I taught, the students were lively but less that 1% were really disruptive – why label the 99%. In the “bog standard” comprehensive I visited 2 weeks ago, you could hear a pin drop – and that is a school which some people claim is a bad school.

I have spent almost all of my working life countering racism and working towards a society which respects all faiths and none and all cultures. This move is appalling.


I am deeply saddened by the notion that the ConDem’s seem to have managed to persuade any marginal groups that the changes they put forward will benefit them in any way. As a teacher in an inner-city London school myself I echo Jane’s sentiments and frustrations above.

One of the most important and progressive elements of education is that, when we’re not consumed by pointless bureacracy (that will only increase under academy status with a surge in surveillance for competitive monitoring purposes), classes afford opportunities for dialogue between national and religious groups that can, unfortunately, be rare in the adult world.
I can understand a frustration behind a lack of representation in the dominant sector- but any notion of freedom that includes segregation is simply playing into the hands of the bnp. I don’t believe that I am less able to be a good role model to a young muslim woman than a bilingual muslim woman. I do not purport to be able to teach her about her faith but who’s to say that in other ways I will not offer her guidance and clarity of purpose?

This argument is narrow and runs the risk of ‘othering’ children and people from each other.

Iftikhar I would like you to tell me how you think the ‘Islamic free schools’ movement will affect children from across the classes? The point of the privatisation and liberalisaton of the education system is to create a more competitive, market-based education system. You mention parents having a genuine interest where local authorities don’t. Yes many parents do have a genuine interest in their children’s education, but some don’t and these are the most vulnerable children in the system who will, under the new parent-run system have no freedom at all. It is the local authority who will be able to place these children.

I imagine your islamic free school will want to maintain high standards of academic achievement and behaviour, like every other ‘free school’ in the new market. What happens to a particularly troubled somali asylum seeker (you’re kidding yourself if you think there will be any provision for eal that will enable these kids to access the system) or the kids with behavioural difficulties who just happen to be muslim? They will be mysteriously alienated from this ‘inclusive’ system so as not to upset all these devoted parents and their beautiful children.

Many education workers know what they are doing and have a fear of the divisive measures that lie ahead. If parents want to do what is right for an equal and comprehensive education system we must defend the local authority schools model.


I think it is important to learn about islam


Raul, if is important to learn about all religions, not just one. If you belong to a particular faith you learn about the religion in greater depth at church, mosque, chapel or where-ever. State education should give understanding of all the beliefs of all the community, not just yours. The whole point of education is to widen understanding, not narrow it.


Raul, it is important to learn about all religions, not just one. If you belong to a particular faith you learn about the religion in greater depth at church, mosque, chapel or where-ever. State education should give understanding of all the beliefs of all the community, not just yours. The whole point of education is to widen understanding, not narrow it.


Salam,
I’m Rachid Bikri I’m muslim I’m from Morocco I got Bachelor degree from Moroccan university in English studies I’m looking for any Islamic center that gives Islamic courses in English . I have many foreign friends that work for Evangelical missions in Morocco , They want me to convert Jehova witness,but I firmly believe in Islam .By the way,I’m proud of being muslim .Almost They pretend That Their belief is true, but Islam is false. I alyways intend to prove to them that Islam is the correct one ,but I fail to express myself appropriately as I want to talk of Islam in English.That’s, I need to be familar with a list of English religious vocabulary .I’m ashmed , anyway.I’d like to study Islam in English , but I do not know any Islamic center , I hear of an islamic university in Malaysia, unfortnly its fees are so expensive.Please, would you like to provide me some information about any Islamic center or university in some countries? Jazah Allah Khayra .
I’m looking forward to hearing from you soon,
Your Brother,
Rachid Bikri,