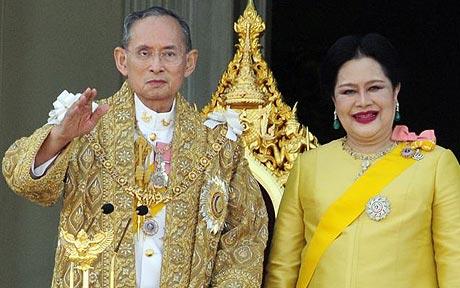 Thailand’s Cabinet approved on 15 June 2010 the creation of an online crime agency that will go after violators of the Kingdom’s lese majeste law, media reports said.

Agence France-Presse quoted the government as saying that the Bureau of Prevention and Eradication of Computer Crime was established to protect the royal family.

“The monarchy is crucial for Thai national security because it is an institution that unifies the entire nation,” government spokesman Watchara Kanikar said.

Insulting the King or members of the royal family is a criminal offense in Thailand, carrying a 15-year prison term. Under Article 112 of the country’s Criminal Law, anyone can file a lese majeste complaint against anyone seen as having defamed the Kingdom’s highly-revered monarch and the royal family.

The Computer Crime Act, a law enacted in 2007, carries a five-year prison term and a fine of THB100,000 for anyone found guilty of online defamation, including lese majeste.

The formation of this new agency came at the heels of the months-long Red Shirt protest, its violent dispersal last month and the subsequent rioting in the capital.

The Thai government extended on 6 June 2010 the State of Emergency over Bangkok, empowering the Thai military to restore order and allow the government to impose curfews, ban public gatherings of more than five people, censor and ban media from disseminating news that ’causes panic.’ According to a report by the Associated Press, the measure also “also allows security officials to detain suspects without charge for up to 30 days”.

According to Chiranuch Premchaiporn, webmaster of the independent news website Prachatai, the CRES has announced it has shut down 2,200 websites deemed to be violating the Computer Crime Act since the State of Emergency was imposed in April this year.


It was only a matter of time till this happened, since more and more countries are doing the same thing now, I remember when they originally banned youtube because of the monkey king video but I haven’t been back to Thailand since unfortunately, I imagine most Thais who continue to use youtube use proxies, or has youtube been uncensored in Thailand? Thanks for the article, it was a good read.