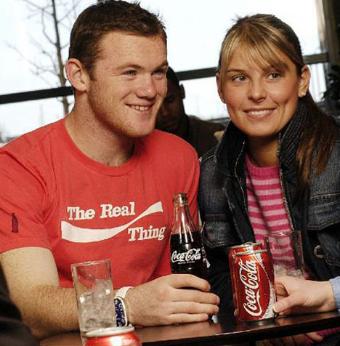 From the texts I got last night, it appears a lot of my English friends are all Ghanaians now with the disgraceful crashing out of the Capello’s men. England is going home, unsurprising when England failed to beat Algeria, it was a harbinger of worse things to come. The millionaire footballers failed to deliver and Sunny Hundal, editor of Liberal Conspiracy tweeted last night:

That tired meme favoured by ideologues of the Right can be summarised further:

It isn’t for anyone to decide wages,Â laissez-faire capitalism: the market knows best.

This idea has covered multitude of sins from England’s poor World Cup campaign to the greatest recession for 70 years, and once again this meme has exposed to be far from a “truism” but instead a pernicious fallacy.

In 1998 the average yearly wage of a Premiership footballer was Â£190,000 after a period of getting intensely relaxed about the filthy rich, inÂ 2010 it is now Â£1.4 million. Therefore you could expect that the England team of today are at least twice (if not 9 times) as good as the England team that led the France â€˜98 World Cup campaign. It clearly doesn’t add up.

Capitalism promotes the idea that return on investment must be made as quickly as possible and so footballers rather than being nurtured and cultivated are being bought and sold as mere commodities across the globe. This concept has been extended to football clubs, and ownership has passed around without discrimination, from exiled andÂ corrupt billionaires to debt-ridden American businessmen, the Premiership has already bankrupted more than a few football clubs with the promise of more to keep financial administrators busy. This all happens while millionaire footballers, conspire to avoid paying tax in the country that has enriched them.

The marriage of business and football has long been a tradition in FIFA, but in the Premiership it has brought collosal debt, extortionate match ticket prices, a high turnover of managers and players, and the WAGÂ phenomenon.

However the footballing loving public aren’t taking it lying down completely, there are World Cup alternatives and a supporter-led fightback in Manchester United, supporter-owned teams such as Barcelona point to a better sustainable future for football fans, though Spain isn’t immune to big business football.

Meanwhile in the World Cup, Argentina footballing legend and current Argentina managerÂ Maradona is inspiring and getting the best out of his highly paid players, but those who support capitalism in football must answer this question, can Mammon do the same?


@justinthelibsoc We tick boxes. Boxes others can’t fill. Does that mean we’re awkward?