Thailand is no Human Rights Champion 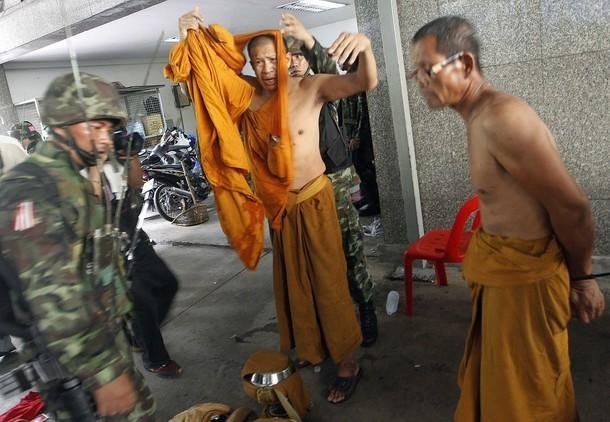 The recently concluded session of theÂ UN Human Rights Council, an intergovernmental organisation tasked to promote and protect human rights worldwide, ended with the election ofÂ Thailand as the new president to the 47-member council.

The result of the election is quite a surprise, given that Thailand has recently gone through the worst political violence the country in decades. TheÂ crackdown in May and June by government troops on anti-government red-shirts resulted in the death of 89 people and injuries to at least 2,000 people.

After the violent dispersal, a small militant faction of the protesters expressed their anger over the deaths by setting fires in Bangkok shopping malls and the stock exchange â€“ all symbols of high disparities between the rich and the poor in the country.

Thailand’s ministry of foreign affairsÂ issued a public statement highlighting that the election result “clearly reflects the confidence that countries around the world have in Thailand and its human rights policies and standards”.

Can this election of the council’s presidency be viewed as a realistic reflection of Thailand’s human rights standards?

The council was set up in 2006 to replace the contentiously debated UN commission on human rights. The election of the presidency is done on a rotating basis from five regional groups: Latin America and Caribbean, eastern Europe, Africa, western Europe and other states, and Asia. Since 2006, representatives of all four regional groups have served as presidents to the council, with the exception of Asia.

Both Bangladesh and Kyrgyzstan, prior to the election, resigned from the contest after fierce campaigns by human rights groups claiming they were unsuitable contestants to head the council.

Bangladesh, recognised by Foreign Policy’s 2010 index as aÂ failed state, is just recovering from years of emergency rule. Human Rights Watch documented theÂ mutiny by Bangladesh Rifles (BDR) in 2009, which killed 70 people and saw arrests of more than 2,100 members of the BDR. After one year, more than 60 BDR members have died in custody.

Kyrgyzstan, in the other head, is in anÂ unstable political situation after a clash between ethnic Kyrgyz with Uzbeks, which resulted in at least 2,000 deaths.

The election, therefore, only left Maldives and Thailand to compete.

Maldives, a relatively young democracy, has only just emerged from a history of military coups and held itsÂ first democratic election in 2008. The country was ruled by Maumoon Gayoom, who denied free and fair elections, for 20 years. Being a small country, the Maldives lacked the political leverage required to convince member states of their leadership.

This is how the council was left with Thailand. As chair of the Association of South-east Asian Nations (ASEAN) in 2009, Thailand had strong support from the member states in addition to many other states that could be provided by its ambassador.

We can see that the election result is differs from the simple explanation given by the Thai government that Thailand is a champion of human rights.

Based on this, what can we make of the situation and how could this effect the country?

First, a Geneva-based human rights activist told me that the election of the president “does not mean, if strictly speaking, that Thailand is the council president”. However, it is more appropriate to highlight thatÂ ambassador Sihasak Phuangketkeow, the permanent representative of Thailand to the UN, is serving as the president in his personal capacity. She also highlighted that “many times the capacity and capability of the ambassador is an important component for consideration when it comes to the presidency”.

Sihasak, given that he was tasked to draft the terms of reference for theÂ ASEAN commission on human rights, is recognised for his professionalism and his openness to human rights groups. Furthermore, as the council approaches their 2011Â review process, it was imperative that the president be someone with a deep understanding of the rules and procedures of the council so as to lead the review process in a confident manner.

Second, Thailand’s position can open up space for groups to call on the government to live up to the highest standards of human rights which includes the need to set up an internationally recognised investigation into the deaths of the protesters, includingÂ six unarmed civilians in the temple used as a refuge for women and children.

The Thai government shall also take in the demands of 55Â Asian NGOs by allowing UN independent experts (IEs) to enter Thailand. They will conduct human rights investigations on issues such as freedom of expression, extrajudicial executions and arbitrary detention.

Last, the Thai government must know that as the council’s president, the pressure that it will face will be much fiercer than before as it is in the position of exposing itself to more criticisms and scrutiny. It must expect extensive pressure from rights groups and governments alike if it fails to set itself up as an example, as the head of an organisation whose aim is to “uphold the highest standards in the promotion and protection of human rights“.