Attack of the Zombie Bankers 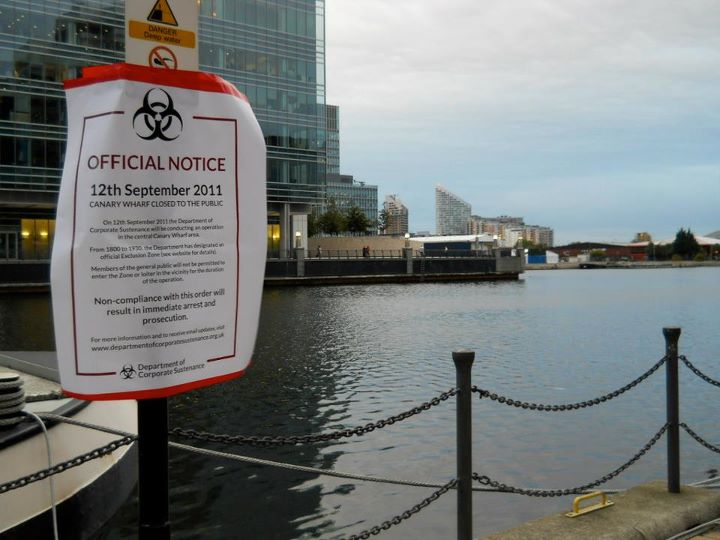 From the Department of Corporate Sustenance:

Zombie bankers are to descend upon Canary Wharf to feast on public servants on the release date of the final report of the Independent Commission on Banking.

The flash-mob is the culmination of a viral campaign by the Department of Corporate Sustenance, a pretend government department. Information about the Department was revealed over a number of weeks through a sinister poster campaign, advertisements on social networking sites, a gory Youtube video and a ‘hack’ of the Department’s website.

The group is seeking to raise awareness of the huge ongoing taxpayer subsidy to the banking industry. Without the estimated Â£30bn subsidy, the big five banks would have made no profit last year, motivating the ‘Zombie’ analogy. Even the strongest proposals of the report by the Independent Commission on Banking will not eliminate the subsidy.

“People need to realise that bankers are only able to continue paying themselves massive bonuses because of huge taxpayer subsidies – money that could be keeping our schools, libraries and hospitals open. The proposals of the ICB report aren’t sufficient end the bankers’ feasting on our public services.â€

“This is a fun and spectacular piece of political street theatre. People of all ages have already indicated they’ll be joining in, and more are welcome.”