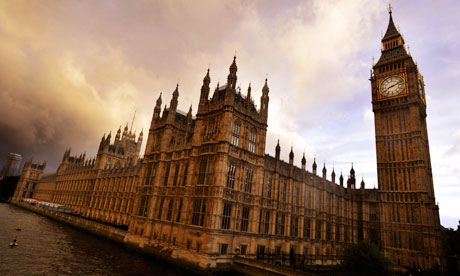 Fuller: So no bankers or ministers are going to jail. Why not?
PM: The crisis was caused by bankers & shitty politicans like Ed Balls.

Ed M: PM said he care about jobs. WTF happened?
PM: Unemployment is a tragedy for my career. I’m rehashing Labour policies to fix it.

Ed M: Keep stabbing this generation of young people in the back
PM: You want to saddle generations with debt. I only want student debt

Ed M: Worthless. You gone from broke-back coalition, to broken coalition.
PM: It’s not that bad, it’s not like we’re Mili-brothers!

Ed M: *looks like a dick*, the PM must renegotiate with the EU.
PM: Fuck right off. I’m standing up for Britain’s bankers.

Ed M: Get a better bargain for Britain. Miserable failure
PM: You make indecision into an art form Labour wants a new leader for Xmas

Vickers: Let’s have more local TV as it’s part of the Big Society. Please let me show your round my patch.
PM: Err.. maybe

MP: We need financial education for young people. Support it.
PM: That’s not why I want to review the curriculum! But ok…

MP: Many are preyed & ripped of by Pay Day Loans. Do something!
PM: You are Citizen’s Advice Bureaux ex-employee, so I’ll listen

Wright: Little kids are buying cheap alcohol, its destroying our pubs.
PM: Disgusting, it breeds Chavs don’t you know. I’ll look into it.

MP: You are a failure in the North East.
PM: Your local airport needs to be privatised.

Murray: Immigration caused this crisis. Stop it happening again.
PM: Far too many foreigners came in, we are stopping it.

Scot MP: Scottish Children are being robbed by this government.
PM: You are chatting shit. We are taxing bankers more than Labour.

York MP: I love tourism. You should promote our regions during Olympics
PM: Good point. Could lead the recovery!

MP: Take foreign criminals back to their countries
PM: 13% of criminals are dirty foreigners, we’ll send them back to EU countries.

Ainsworth: Are you breaking the military covenant?
PM: We doubled their pay. Giving them bribes. They can’t whinge as we sack them.

Kelly: Well done for telling the EU to bugger off.
PM: 5 words from Labour: “Let’s bankrupt Britain again”. << Note it is four words.

Labour MP: No Lib Dems voted with you last night.
PM: And Labour couldn’t organise a rebellion to stop us winning the vote. Pathetic

MP: I commend Andy Mckie, the doorkeeper of this place who is retiring. Will you. PM: Yes.

MP: Youth unemployment is increasing.. can you explain why?
PM: Cos I’m cutting jobs in the public sector & not enough Poundland jobs

Eustace: Banks are extorting money from small businesses. Its terrible
PM: I want banks to behave in fair way, like before the crisis.

Brown (not Gordon): Youth unemployment in my patch has increased 65% in a year.
PM: I’m keeping UK interests rates down, be grateful.

Cryer: You gonna publish the plans for lobbying bastards or what?
PM: Yep next month, Labour didn’t do jackshit for 13 years on this.

Sanders: Too many people are dying unnecessary of diabetes.
PM: We need to raise awareness and individuals just need to eat better.

Macguire: You wanted to reduce the benefits of disabled children. You bastard.
PM: We are not doing it… anymore.

Binley: the West Coast mainline trains are ridiculous. Sort it out.
PM: You are right. We need a high speed line to resolve it.

Reflections on Britain from the Nordic
February 25, 2012
In Defence of Abu Qatada’s Freedom
February 15, 2012
Ken Clarke is attempting to sneak through anti-squatting laws
October 27, 2011