Why newspapers reflect the opinions of white middle class men 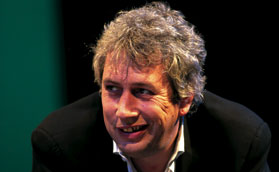 What have the following five individuals got in common: Gary Younge, Hugh Muir, Yasmin Alibhai-Brown, Amol Rajan and India Knight? They are part of a small group of non-white newspaper columnists who appear regularly on the comment pages of our national newspapers. Well, OK, not quite. They are the small group of non-white newspaper columnists who appear on those comment pages. That’s it. There’s just five of them – theÂ Guardian’sÂ Younge and Muir (both black), theÂ Independent/i’sÂ Alibhai-Brown and Rajan (both Asian) and theÂ Sunday Times’sÂ Knight (mixed race).

It is a deeply depressing state of affairs. I am a voracious reader of newspaper columns; I have been since I was 16. However, I can count on two hands the number of regular staff columnists over the 16 years since, with fixed slots on the comment pages of the British press, who have looked similar to me.

Our newspapers may have, as Ian Jack once noted, “more columns than the Acropolis”, but most of the writers of those columns look more like the citizens of ancient Greece than those of 21st-century Britain. The proliferation of ego-boosting byline photos hasn’t helped to hide the lack of diversity – white faces stare out at readers day after day.

Two important points about methodology before we go any further: first, I am referring here to those columnists who occupy, specifically, the prime real estate that is a newspaper’s “comment and opinion” pages.

I’m not counting the (handful of) non-white writers who write columns in other sections of a newspaper. So Baz Bamigboye, theÂ Daily Mail’sÂ black showbiz columnist, doesn’t make the cut. Nor does Guardian G2’s Aditya Chakrabortty, who writes so well about ideas and economics.

Second, the group of five excludes “guest” columnists – the odd black or Asian writer who is, from time to time, invited to opine and pontificate in the newspapers. I, too, occasionally appear on the comment pages of the Guardian, complete with brown-skinned byline photo. But, given that there are just five (five!) regular, non-white columnists, such irregular appearances by non-whites on the comment pages is scarcely a victory for racial diversity.

According to the Office for National Statistics, the non-white population of England and Wales stood at 16.7 per cent in 2009 – or one in six people. Yet, according to a survey of the national newspaper comment pages published in an “ordinary” week (between Monday 5 December and Sunday 11 December 2011), conducted by my colleague Alice Gribbin (see table, left), three of the country’s bestselling newsÂ­papers and their Sunday stablemates – theÂ Telegraph, theÂ Mail, theÂ ExpressÂ – failed to publish a single column by a non-white person. That’s right, not a single one.

The liberal-left papers did better than their centre-right counterparts but not by much. Over the same seven-day period, four out of 48 columnists in theÂ Guardian/ObserverÂ were non-white; for theÂ Independent/Independent on Sunday, it was one (Alibhai-Brown, again) out of 34 columnists.

So, why does the absence of non-white faces on the comment pages matter so much? Why is it, say, worse than the lack of racial diversity in other areas of the press?

It matters because columnists matter. The well-paid, well-connected, high-profile members of what the late Frank Johnson termed “the commentariat” influence our national debate – perhaps, some would say, more than individual reporters, news editors or even newspaper editors.

Columnists set political agendas, shape the public discourse, set the parameters of acceptable debate. As a much-discussed report by Editorial Intelligence and the Reuters Institute for the Study of Journalism pointed out in 2008, despite the strenuous efforts of some members of the commentariat to play down the extent of their power and influence, their writings are “taken seriously by most of those who constitute the political class”.

In a newspaper, the column is the only naked, unashamed and regular expression of a named writer’s views, opinions, biases and prejudices; the column reflects not necessarily reality but, in the words of Matthew Taylor, a former aide to Tony Blair, “the lens through which the columnist is viewing reality”.

Race relations and immigration together rank as the “third most important issue” facing Britain today, according to a poll by Ipsos MORI in November 2011. If so, I find it astonishing that we are so relaxed, both in the media and as a country, that so few of our leading opinion-formers and agenda-setters reflect the racial diversity of Britain.

How many columns, for example, did you read on the subject of stop-and-search, before the English riots last August? And how many columnists are willing to tackle the rise of Islamophobia and the growing demonisation of Muslims?

Few seem bothered about the lack of diversity among British columnists and commentators. I doubt it’s uppermost in Lord Justice Leveson’s mind. As is pointed out on page 37, just two witnesses out of the nearly 100 who have appeared so far before the Leveson inquiry into media standards and ethics have been non-white: in the words of the Kingston University journalism professor Brian Cathcart, the whole farrago consists of “white people addressing white people”.

Another under-represented group fares much better on the comment pages: women. Newspapers are full of powerfully opinionated and respected female columnists – theÂ Guardian’sÂ Jackie Ashley, Zoe Williams and Polly Toynbee, theÂ Telegraph’sÂ Mary Riddell and Janet Daley, theÂ Independent’sÂ Mary Ann Sieghart and Mary Dejevsky (and, of course, Alibhai-Brown), theÂ Times’sÂ Alice Thomson and Rachel Sylvester, theÂ Daily Mail’sÂ Amanda Platell and Melanie Phillips, among others. If even reactionary papers such as theÂ MailÂ recognise that their readers and, in particular, their female readers want a woman’s perspective – and not just on “women’s issues” – why won’t they recognise that their non-white readers might want similar representation?

There is an argument that ethnic minorities lack the commercial clout and purchasing power of women, who make up 51 per cent of theÂ population. But the demographics are changing fast. The non-white British population has grown by more than a third over the past decade (to 9.1 million in 2009). The mixed-race population is up by almost half (to 986,000). How long can newspaper editors carry on hiring and publishing columnists who have little or no experience of these lives, backgrounds, cultures or faiths?

The verdict in the Stephen Lawrence trial early this month prompted much talk of how Britain and its media have “changed” for the better. As our survey shows, however, there is still much to be done.

In 2012, 64 years after the arrival of the Empire Windrush on our shores, 36 years after the passage of the third Race Relations Act, 19 years after the racist murder of Stephen Lawrence, the great British commentariat is, in effect, a mono-racial, monocultural closed shop. But cheer up. Rod Liddle has not one, but three columns of his own – in theÂ Sun, theÂ Sunday TimesÂ and theÂ Spectator. I guess it brings a whole new meaning to the word “diversity”.