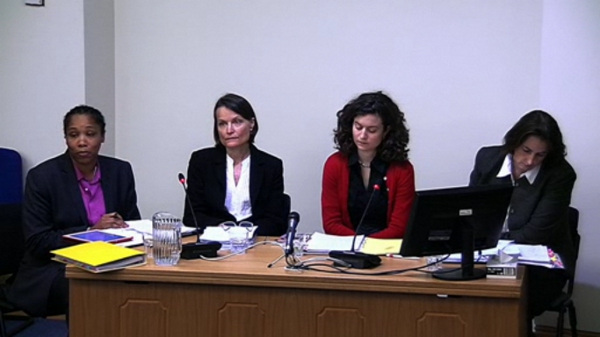 The press remained relatively quiet about the goings on at the Leveson enquiry yesterday, and the journalists I usually follow for updates were not offering their live tweet services. Perhaps it had something to do with the topics of the day – the representation of women and Muslims in the media.

Witnesses at the morning session were headed by Marai Larasi of the End Violence Against Women Coalition, who said: Â â€œThe media creates, reflects and enforces attitudes.Â  Those who work in the media should be conscious of this and should actively seek not to reproduce attitudes which condone violence against women and girls.Â  Too often this is done through inaccurate reporting — for example, on the law on rape – intrusive reporting on victims and their families and misrepresentation.â€

The afternoon session saw Inayat Bunglawala from Engage, a Muslim advocacy organisation which seeks to encourage greater civic participation on the part of British Muslims, take to the witness stand. Bunglawa told the enquiry:

â€œAt Engage we believe that as a society in recent years we’ve moved away from overt racism.Â  We recognise that racism is wrong, we recognise that stereotypes of people are generally wrong, you know, to propagate these. The one glaring exception, it seems to us, is that in recent years the coverage of Muslims has not improved. Sometimes we come across some very disturbing headlines which seem to us to be aimed at fermenting prejudice against Muslims. Rather than reporting facts, it’s aimed at stirring up prejudice towards the British Muslim community.â€

On Monday, a letter was published in the Guardian calling for a proper enquiry into the anti-Muslim press. The letter was signed by a large number of lawyers, public figures and lawmakers including human rights solicitor Imran Khan, Jeremy Corbyn MP, Ahmed Versi of The Muslim News, blogger Sanum Ghafoor, Labour activist Sunny Hundal and many others. The letter read:

“The Leveson inquiry has so far failed to adequately address unfair media coverage as it relates to less prominent cases, including those relating to Muslims and Islam, focusing as it does on the impact of phone hacking on celebrities and other high-profile individuals.

An alternative inquiry is necessary to investigate what many regard as widespread and systematic discriminatory practices in reporting on Muslims and Islam in the British media.”

Three months after its launch, the Leveson enquiry is thus devoting a single session to issues many find much more important than the phone hacking of Jude Law or Hugh Grant; people who have actively seek media attention and reap the benefits of this attention every day. What is more, large settlements for 37 prominent victims of phone hacking totalling Â£1m were agreed by News International last week.

I am sure the family of Mark Duggan, killed by police in September last year, would like to testify to the Leveson enquiry the fact that the press uncritically reported the policeâ€™s statement that Duggan had shot at police first, a claim that later proved to be a blatant lie. The press also engaged in a smear campaign portraying Duggan as a gangster, implying this compromised the father-of-fourâ€™s right to a fair trial. On the day of his fatherâ€™s funeral, a tabloid journalist asked Dugganâ€™s 10-year-old son if he was in the same gang as his father.

The fact that the Leveson enquiry is not addressing these questions, and not turning to these communities for evidence in its assessment of media ethics, speaks volumes about the state of the media in Britain today.

The full letter published in the Guardian on Monday calling for an enquiry into the anti-Muslim press can be read here.


Isn’t the enquiry about criminal practices in the press not on the morality of the press?


Alastair, that is incorrect. Of course the inquiry investigates the role of the press and police in the phone-hacking scandal.

But Justice Leveson himself stated that the first part of the enquiry “will examine the culture, practices and ethics of the media.”

Racism and misogyny are rife in society and as stated above the media creates, reflects and enforces these attitudes.

If this is an enquiry into media practices & ethics it should not stop at the issue of privacy of celebrities, but investigate the views on media treatment/representation of those with far less privilige to challenge the media.


There are other forums that are better placed to deal with these issues. Largely caused by the press industry becoming more not less eletist.

There should be an enquiry into the problems of racism sexism and clasism in the country that looks at the inequalities in representation and opportunity and empowered to make meaningful recomendations the government has to consider. These issues are far to important to tack onto a media enquiry.

This should be an enqiry into if the press ethics have broken the law and isn’t about the privacy of celebrities but about criminal practices by members of the press and the police force.

The the culture, practices and ethics of the media are relevent to this particular enquiry only so far as they relate to criminal or corrupt activity.