The main theme of African football at international level recently has been that of shock results and big name exits as Nigeria, Egypt and Cameroon all failed to grace the African Cup of Nations this year. The finals of the tournament have proved to be no different with some incredible results in the group stages, throwing it wide open as the quarter-finals leave all the odd makers perplexed as to what might happen next.

The most obvious place to start is group A, where Senegal, who had a squad that caused pundits to tip them as possible favourites, were dumped out by the second group game. Demba Ba, so devastating in the Premier League this year for Newcastle this year failed to register a solitary strike in this yearâ€™s competition. Newcastle will of course be delighted to see him and his compatriot and new signing Papiss Cisse return earlier than expected, but for Senegalâ€™s fans there will be major dissatisfaction at their inability to gain a point, let alone qualify from the group.

Senegalâ€™s loss, however, is Zambiaâ€™s and most interestingly hosts Equatorial Guineaâ€™s gain. Equatorial Guinea had never appeared at the Nations Cup before jointly hosting it this year and their immediate impact has sent the nation into football frenzy. Gilson Paulo, imported from Brazil a mere two weeks before the tournament commenced, has masterminded two unlikely victories against Libya and the much fancied Senegal to see them whip up quite a storm. Their first victory was secured by Javier Balboa, who was previously on the books of none other than Real Madrid. Their second game was where the real drama lay though, as Equatorial Guinea conceded a late equalizer to Senegal, and would have been forgiven for perhaps settling for that, but David Ãlvarez Aguirre had other ideas. In time added on he dispatched a rasping drive from 30 yards out that not only secured his countryâ€™s qualification, but also Senegalâ€™s exit. 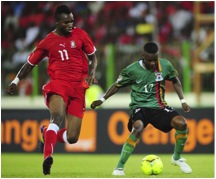 Zambia were surprise performers at the last Nations Cup and were unlucky to bow out on penalties against Nigeria. Hanging on to manager Herve Renard has ensured consistency and their star pair last time around Rainford Kalaba and skipper Christopher Katongo have been amongst the goals this year. Zambia managed to top the group and in so doing have avoided Ivory Coast in the quarter finals, this coupled with the impressive form of the two mentioned and Emmanuel Mayuka make them dark horses in the competition. They have looked impressive in all three group games, remaining unbeaten and looking resilient, no more so than against Libya when the pitch was practically unplayable, but Kalaba still managed to create significant openings for Zambia.

In group B firm favourites Ivory Coast have racked up three wins in albeit an uninspiring fashion. They topped the group and have yet to concede, but donâ€™t quite look the powerhouse that their household names suggest they should be. Didier Drogba has rippled the net, but Gervinho has shown the same brilliance and profligacy that has frustrated Arsenal fans all season, while Yaya Toure seems a shadow of the player who terrorizes teams in England. The results however, back up the assumption that they are the safe bet for the tournament winners and although they have not sparkled in the group stages they may be a different prospect in the knock-out phase, especially without Egypt to worry about.

Along with Ivory Coast a young Sudan team qualified in second spot, MudatherÂ Tayeb benefited from some terrible Burkino Faso defending and goalkeeping to score the necessary goals in the final group game. Their inclusion in the quarter finals is at the expense of Angola, another nation expected to do better, who were powered up front by Manucho, a player who Manchester United and Hull City fans will remember. His goal powered Angola to victory in their opening match and he was also on target twice against Sudan, but the 2-2 draw in that fixture was their downfall as they lost to Ivory Coast by a higher margin than Sudan who scraped through.

Group C saw the other co-hosts Gabon in surprisingly good form as they took maximum points from all three group games, a feat matched only by Ivory Coast. They coasted past Niger in their opening match before a dramatic injury-time free-kick won Gabon all three points in a 3-2 humdinger against Morocco, where Daniel Cousin, again remembered in England for his time at Hull City, was amongst the goals. Their main threat has been from St. Etienne front man Pierre-Emerick Aubameyang who has scored in each of their matchs so far, the pick of which was his thumping volley against Morocco. Moroccoâ€™s own disappointing campaign ended with victory over Niger, but it was far too little too late. Arsenalâ€™s Marouane Chamakh took his dismal form into the Nations Cup and was dropped after their first game; his only meaningful contribution was to win a penalty against Gabon, which turned out to be in vain.

Tunisia, often the mainstays amongst African teams to qualify for World Cup finals, have in recent years been in decline and their performances to gain their inclusion in the quarter finals were underwhelming to say the least. Anyone who has seen them play at a World Cup may say that this is no different to before, but their inclusion beyond the next round doesnâ€™t seem likely. After seeing off a poor Niger team and an off-colour Morocco team they lost to the spirited co-hosts Gabon, whose pace of play proved too much for their static back line. 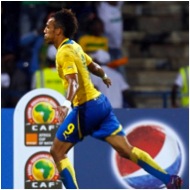 In group D, Ghana were of course named as pre-tournament favourites along with Ivory Coast and Senegal and they have so far just about lived up to their billing. They do not possess the individual talents that the Ivory Coast do and are lacking their one world class player in Michael Essien, but their team ethic is incredible and they seem to visibly enjoy playing for each other. Asmoah Gyan scored a brilliant free-kick against Mali to remind those of us who might have forgotten now he has departed the Premier League. Marseille hit man Andre Ayew also scored a great individual effort in that game to show why his club will be missing his talents in the Champions League if Ghana progress far enough in the Nations Cup this year. They have so far overcome the challenges of Mali and Guinea to finish top of the pile in their group, but sterner tests lie ahead and their steady progression must add some more inventiveness to its attack if they are to seriously challenge for the main prize.

All that leaves is Mali, who shorn of the talents of Freddy Kanoute, still have Barcelonaâ€™s Seydou Keita and MahamadouÂ Diarra, once of Real Madrid, to call upon. Their progression to the quarter finals was expected alongside Ghana, in the one group that didnâ€™t really throw up any surprises.

The quarter finals have pitted Zambia against Sudan, the winner of which will face Ghana or Tunisia, with Ghanaâ€™s team ethic and strong spine I predict it will be a semi-final between them and dark horses Zambia. On the other side Ivory Coast look set to bring co-hosts Equatorial Guineaâ€™s whirlwind adventure to a close, but who they will face is more difficult to predict. With Gabonâ€™s plucky style and home advantage, their quarter final may prove to be the one to watch as they take on Mali.

There have been glimpses so far of flair and excitement in this year Cup of Nations, but the real drama has only just begun as the knock-out phase promises to bring out the real quality in this tournament when teams go head-to-head.