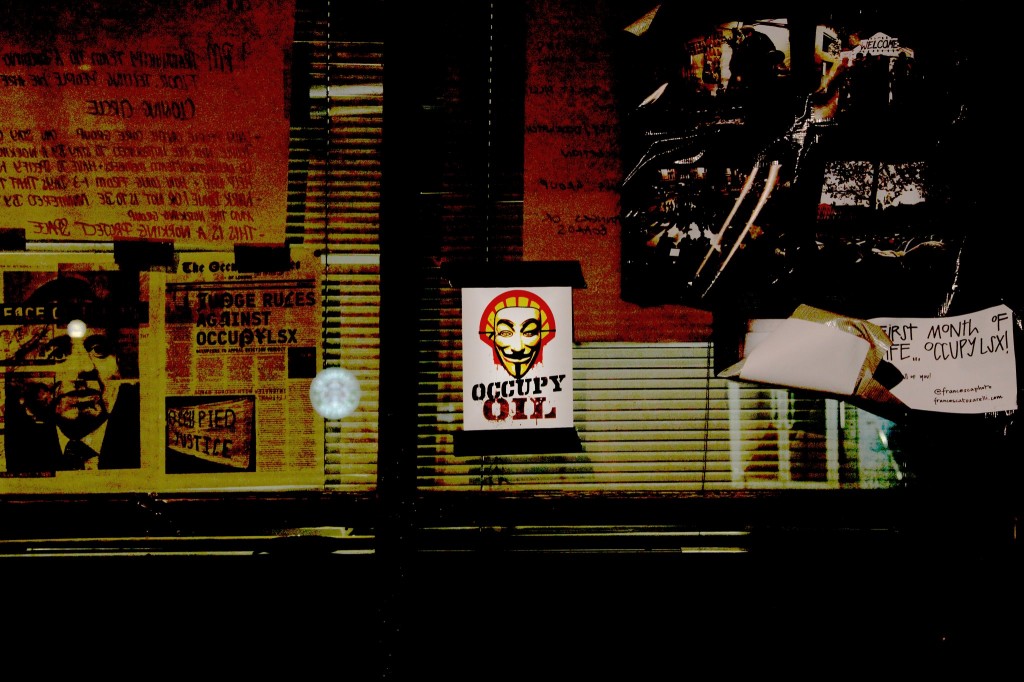 What is Occupy Oil?

We believe that the war for resources that has plagued us for many years, is forcing us to the point of near destruction. The pursuit of oil and minerals in Africa by the 1% has resulted in millions being murdered, raped or displaced.

Africa is plagued with civil war, poverty and starvation. The Middle East is at the point of all out war. The ruling elites are on the verge of attacking Iran. The global economy is eating itself alive. In the Democratic Republic of Congo, since 1997, 8 million people have lost their lives in a civil war, manipulated by those who would seek to gain the most from this resource rich country. The African people, in Nigeria, the DRC, Libya, Uganda and elsewhere, will pay dearly for the materialism of the West.

In the UK over 2000 people will die from fuel poverty this year. The 1% in the form of global corporations will continue to reap the rewards, while the old and vulnerable will be found dead in their beds, having been forced to make the choice between heat and food.

Many people who are unfit and unable to work, will be forced off benefits and into unpaid and low paid work for the benefit of tax-dodging companies and supermarket chains. Food prices will continue to rise, pushed up by the ever increasing price of crude oil. While bankers continue to give themselves bonuses, in some cases, Â£3 billion for managing hedge funds. Politicians will reward them with peerages and accolades, while condemning the workers to a life of poverty.

In Ireland, a country on the verge of economic collapse, politicians in the last government, on leaving office, signed over the gas resources to Shell oil – at the same time cutting benefits to those most in need.

Itâ€™s time to make a stand. On 8th February 2012 we will Occupy Petrol Stations across London. We call on activists to organise yourselves into affinity groups and join this action London-wide. Make banners, get sound systems and pick targets. As the date approaches we can co-ordinate actions for maximum impact. Letâ€™s send an opening shot in our war against the global elites.

PMQs Minus The Bullshit: Cameron – We must intervene to save the banks!
October 9, 2013
Lewisham campaigners turn up the heat on fuel poverty
January 26, 2012
Lewisham Fuel Poverty Winter Warm-Up
January 21, 2012