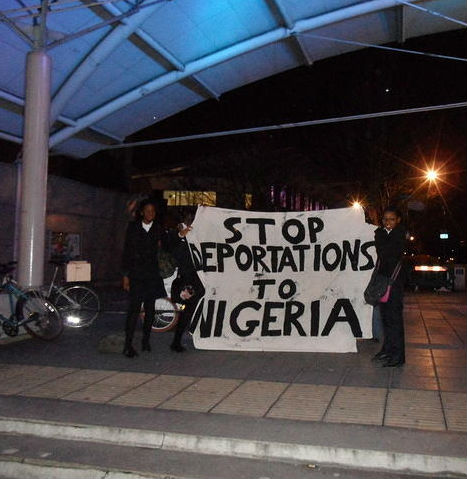 We’re calling a public meeting to:

Mass deportations from the UK happen almost every week. The UK Border Agency charters flights to deport 50 â€“ 100 people to Nigeria, Jamaica,
Ghana, Afghanistan, Sri Lanka and other countries. Each flight costs Â£150,000 of public money that the Government pays to private companies who
profit from detaining and deporting people. A flight in December to Nigeria expelled 76 people who were escorted by 140 private security
guards. Some had lived in the UK for decades & many faced destitution, homelessness and persecution on return.

Stop Deportation Network and London No Borders are groups that campaign against border controls. We want to make more links with people and
organisations in Peckham to build a strong movement against the detention and deportation of migrants.

From London No Borders