Thomson Reuters have the knowledge to act – Poverty Paid Demand a Living Wage! 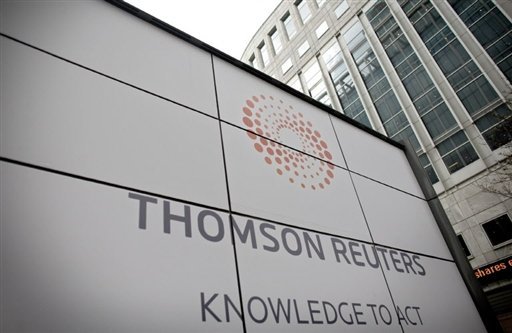 Cleaners of the offices of Thomson Reuters, one of the worldâ€™s leading media conglomerates, will today be protesting with their union The Industrial Workers of the World demanding the London Living Wage which is at Â£8.30 and an end to bullying management.

In November 2011, despite the group almost doubling their profits during that quarter, all staff including the cleaners were denied the prospect of any rise to their wages. In February the National Union of Journalists secured guaranteed minimum 2.5% pay rise for all journalists. Following this the cleaners organised a petition which has gained signatures from Members of Parliament from Labour, Green and Democratic Unionist Parties which was presented to Thomson Reuters management.

The cleaning contractors, Rentokil Initial, reacted with fury, the cleaning staff were berated and called â€œstupidâ€ for organising independently and told put up with no pay rise or â€œget another jobâ€. Also the cleaners were instructed to sign a new document agreeing that if they organise independently again, this would be constitute â€œgross misconductâ€ leading to dismissal.

Stacey, a cleaner who is participating in the demonstration said:

â€œThis is my life; I work very hard and cannot afford public transport in London. Why donâ€™t they pay us something we can live on?â€

Chris Ford, an organiser with Industrial Workers of the World said:

â€œThomson Reutersâ€™ Corporate Responsibility states that they are committed to ensuring the dignity of all employees, we say put your money where your mouth is, and end bullying management and pay the London Living Wage to their lowest paid workers.â€

Speakers from RMT and PCS unions will participate in the demonstrations and pending progress between the union and Thomson Reuters, another demonstration will be planned for Friday 30th March.