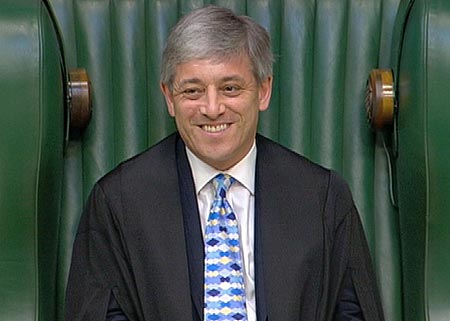 I am most thankful that as Speaker of the house, I have this humbling honour of placing my nose between your Royal buttocks.

60 years ago, we worried about austerity in Britain and supporting a US led foreign war that had little to do with us. How things have changed.

As that old goat-piss drinking Apartheid supporting rebel, Gandhi, said: “Keep schtum in difficult times”. Your Maj, you have kept quiet countless times over numerous injustices. A shining example to the entire population, we can all agree.

Change happens and can cause upset. Yet your only and thus greatest achievement, is to continuously receive our collective wealth and not complain one jot. It is a unique gift of which we are grateful.

For this is not the land of the people but yours, and yours alone. Though we have stopped jailing poofters, discriminate against the darkies a bit less, we still punish the poor as much if not more than we did in 1952. Your country has exploited many foreign peoples of differing religions and customs, so it is only fitting that now permit a few of them some tokenistic representation in parliament. This is progress which you have allowed. In my eyes, you have become a multi-coloured drug-fuelled old Queen of a multi-coloured drug-fuelled country in a multi-coloured crumbling empire.

As an anodyne old aged person, you offend no-one and our national propaganda machines even affectionately covers the racist rantings of your husband. A triumph of sixty years of reign. Let’s have sixty more years!

I’ll end with that Indian upstart: “do not offend and you can win”

Thank you for not being your son, nor your husband, you read your pre-prepared lines and quietly take our money. Your Maj, by this you have indeed won your subjects, we truly love you.