Mark Duggan Public Inquest Denied: Have The Met got a licence to kill? 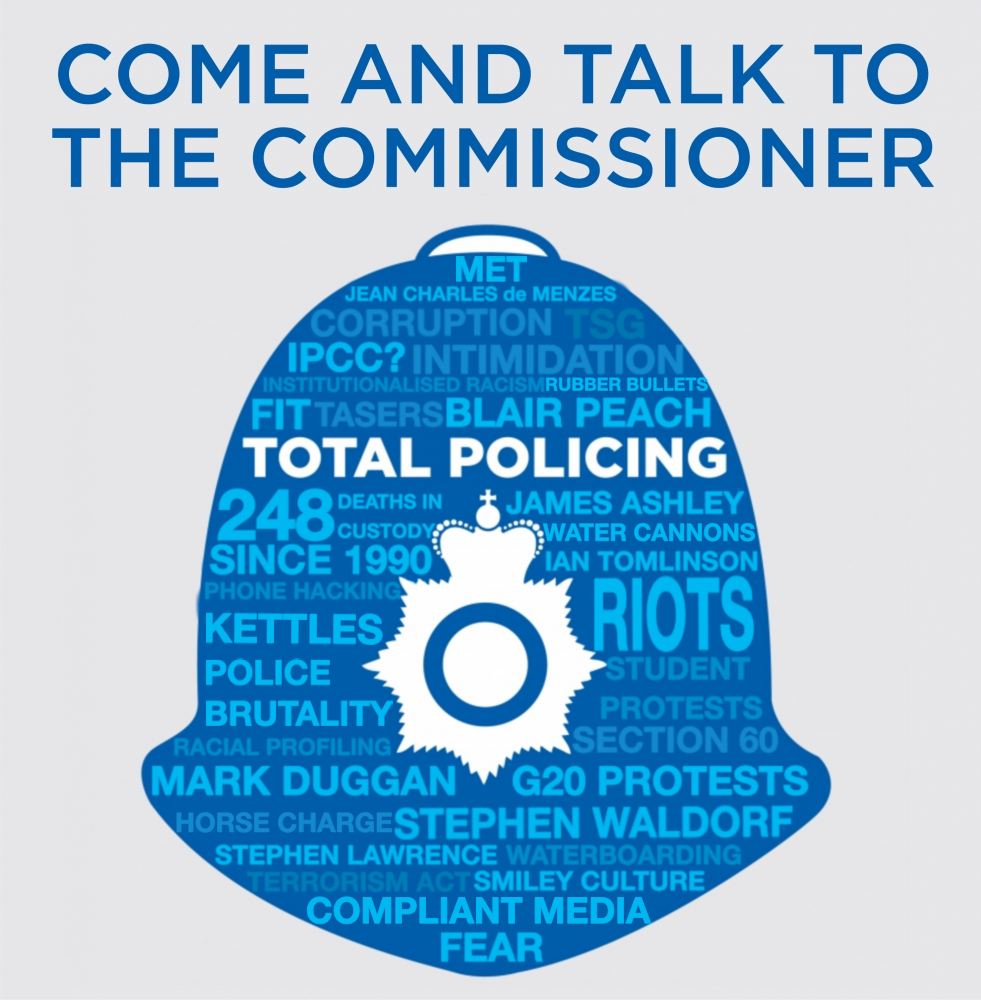 Made by Demand Nothing

Thusha Kamaleswaran had her life irreparably changed after being shot by young men of African descent from South London. Following a thorough investigation the perpetrators have been convicted for their horrendous crimes. Her family were able to announce yesterday that “We are very happy that justice has been done”.Â When violent crimes are committed, the public rely on the police to investigate and bring suspects for prosecution. But what happens when the police, are themselves, the alleged perpetrators of violent crimes? How is justice achieved?

Though obvious differences withstanding, the Kamaleswaran family experience of the Metropolitan Police Service couldn’t be much more different to Mark Duggan’s family.

Mark Duggan was shot by the firearm police officers on Thursday 4th August 2011 at 6:15pm, the next day still unsure about what had happened, the family waited for the police to arrive and inform them of his death. They did not nor did they contact the family, leaving the mother clinging on to the false hope that it was not her son that had been shot.Â Meanwhile that day, the national and London press were already awash with reports of Mark Duggan being known as a “gangster” and that there was a “shoot-out” involving a non police-issued gun, and an IPCC spokesperson implying that Mark Duggan had first used a gun to shoot at the police in which he was killed in the returning fire.

This was contradicted by an eye-witness account which was recorded in the Evening Standard:

“I was coming home from work when I saw it all happening in front of my eyes.

“I came around the corner and saw about six unmarked police cars cornering a people carrier near a bus stop.

“I heard the police shout something like ‘Don’t move’ and I saw them drag the driver out of the car. I don’t know if they dragged the other guy out in the passenger seat. He was the one who got shot – the passenger.

“About three or four police officers had both men pinned on the ground at gunpoint. They were really big guns and then I heard four loud shots. The police shot him on the floor.”

Confirmation of Mark’s death came from a call from a family liaison officer from the Independent Police Complaints’ Commission, to ask the family to identify his body.Â On Saturday, they saw his body, but had rumours in the press still circulated about a shoot-out which prompted a peaceful march and vigil to Tottenham Police station in which friends and family asked questions about the circumstances of Mark’s death.

At the vigil, there was little effort to reassure the family and a chief inspector admitted that a higher official should address the crowd. 3 hours later, the crowd grew but no higher official appeared and at around 8pm, it was alleged that a teenage girl was attacked by officers as shown by this video:

The family of Mark Duggan have received apologies from both the Metropolitan Police and the IPCC for their handling of their case and misleading journalists.Â More than 7 months on they have now been told that a public inquest into his death may never happen.

What is clear is that Mark Duggan family have not been treated with basic compassion for their bereavement. Their turmoil and pain, which has endured far longer than the panic of the August disturbances, may persist indefinitely as the truth may not be known.

The Bureau of Investigative Journalism recently showed that the IPCC do not produce reliable data on deaths in police custody. However the IPCC claims that deaths in police contact are rare, however their incompetent handling of actual and suspected police violence is not. Both the investigations of the deaths ofÂ Ian Tomlinson and Jean Charles de Menezes had suffered untruths and character assassination in the press and police statements. Azelle Rodney, another man shot by the Police, had a public inquest refused due to “sensitive information”, an inquiry into this has received little public attention. The family of David Emmanuel aka Smiley Culture also have been denied access to the coroner’s report into his death.

To date in the 330+ deaths in police custody, not one officer has been convicted for the death a civilian. Instead, a conspiracy of silence between the police, the CPS and IPCC prevents the freedom of information, the bereaved families need from ever being released. The police it seems are able to get away with murder.

“To no one will we sell, to no one will we refuse or delay, right or justice.” – Magna Carta, clause 40 – Â the almost 800 year old legal principle doesn’t appear to apply to the victims of suspected police brutality whether it is Alfie Meadows or the bereaved families of deaths in police custody.


In case you missed it – Mark Duggan Public Inquest Denied: Have The Met got a licence to kill? http://t.co/D8UtnJF9


It has a *very* dodgy aroma RT @justinthelibsoc: Mark Duggan Public Inquest Denied: Have The Met got a licence to kill? http://t.co/UdLAP2Cn