Without a political base, no amount of protest songs will make a difference – a perspective on Plan B’s iLL Manors 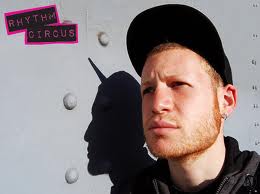 By Daniel Randall, aka The Ruby Kid

Essex rapper Plan Bâ€™s new project iLL Manors (a â€œhip-hop musicalâ€ film, with a soundtrack featuring a soon-to-be-released title single) calls out the government and the right-wing media over the cuts, the riots, the housing crisis, racism and the demonisation of the working class.

Itâ€™s got a lot of commentators on the left very excited. Owen Jones (author of Chavs: The Demonisation of the Working Class) called Plan B his â€œnew heroâ€, and Dorian Lynskey (author of 33 Revolutions Per Minute: A History of Protest Songs) declared iLL Manorsâ€™ title track to be â€œthe greatest British protest song in yearsâ€.

Despite his underground origins, Plan B is very much an artist inside the musical mainstream. Heâ€™s won Brit Awards, Ivor Novello Awards, had multi-million selling, chart-topping albums and starred in films with Michael Caine. The very fact of someone so firmly inside the mainstream taking a political stand of any kind is rare enough to be significant by itself. We might expect a political edge or a protest-song register from an underground artist, and explicit attacks on establishment demonisation of the urban poor and working-class communities have been recurrent themes in a lot of underground UK hip-hop and grime. But to hear it from a “crossover” artist, who you might expect to see on T4 and hear on Radio 1, is jarring. And itâ€™s important.

We should not, however, rush to proclaim Plan B the artistic tribune of the oppressed. Even taken in isolation, the politics of iLL Manors are in many ways confused and contradictory, combining an elementary working-class solidarity with hackneyed hip-hop clichÃ©s (the video is based on the profoundly played-out rapper-struts-about-on-a-housing-estate-while-people-pretend-to-be-rioting-proles-behind-him format that weâ€™ve all seen a million times before). As a piece of music, I find the song a little dull, and less interesting to listen to than probably five or six other Plan B songs I could name. But thatâ€™s subjective.

In the context of Plan Bâ€™s overall artistic (and political) trajectory, thereâ€™s even more contradiction. His quasi-horrorcore first album Who Needs Actions When You Got Words? featured less-than-progressive lyrics like â€œthe more I blow the more you hate me with a passion//Bitches suck on my dick and people follow me like fashionâ€ and â€œI talk so foul I talk so course I show no regret I show no remorse//Like a necromaniac raping a corpse up the anal passage while contracting genital wartsâ€, and the narrative of his bestselling magnum opus The Defamation of Strickland Banks (a concept album about the rise and fall of a soul singer) was criticised by some for its problematic gender politics. Heâ€™s also been quoted in support of David Cameronâ€™s â€œnational serviceâ€ scheme, and some of his comments about social deprivation have focused on the need for â€œdisciplineâ€ (a loaded and problematic term, to say the least).

Thatâ€™s not to say that artist whose personal politics are reactionary cannot make art that has progressive potential, or to say that art which has reactionary political content cannot be good art. But it is to say that we should be able to appreciate the political value or impact of a work of art without having to proclaim its creator the great white hope of protest song.

As both a political activist and an artist, the ideas of â€œprotest songâ€ and â€œpolitical artâ€ are ones Iâ€™ve never been entirely comfortable with (what art is meaningfully not â€œpoliticalâ€?). Debates in the pages of the Guardian and NME over the last two years lamenting the demise of â€œprotest songâ€ in Britain almost leave you feeling like Billy Bragg and The Jam were responsible for the higher tide of social struggle in the 1980s, rather than the other way around. When conscious working-class struggle begins to revive, more art will be created that exists in direct, explicit engagement with it. Is iLL Manors an early signal of that? I hope so.

When that struggle does revive, in a bigger way than we’ve currently seen, I hope weâ€™re able to develop an attitude to music and art which is genuinely libertarian and neither attempts to abstract art from a political context nor fetishes and valorises only that art which is explicitly â€œpoliticalâ€, and which does not elevate musicians into political tribunes because they release one politically-radical record.

iLL Manors will be â€œusefulâ€ for socialists if we are able to engage people who listen to it in a discussion about the political context that generated it. That does not rely on pretending that Plan B is Joe Hill, or, conversely, on dismissing the role iLL Manors (or other art like it) could play simply because its creator is not a fully worked-out working-class socialist with perfect politics. (I’m a big advocate for including Tempa T’s Next Hype in the pantheon of songs that should be remembered for their connection to a protest movement – even though the political content of the song and, as far as we can tell, the politics of its creator leave a great deal to be desired.)

Making the most of something like iLL Manors from a political point of view simply relies on engaging with people in a direct, organised and ongoing way, rather than imagining that we can reach them with a song or a tweet or a YouTube campaign. It relies on remembering that it is talking to people, discussing socialist ideas, and then building a real-world movement based on conscious, mass ownership of those ideas – and not any amount of radical art, no matter how radical or how good – that will bring the change we want to see.

If the working-class left does not turn outwards in this way – including and perhaps especially to the very communities iLL Manors attempts to describe, where socialist organisations and ideas have next to no base whatsoever – then no amount of protest music, good or bad, is going to make a difference. I can’t help but feel that some of the excitement and enthusiasm with which the song has been greeted by some voices on the left stems from desperation; we’ve spent the last generation getting the political shit kicked out of us (sometimes because we fought bravely and lost, sometimes because we fucked up) and failing miserably to reach out in any meaningful way to any significant layer of working-class people, and particularly young people. When someone with a direct line to their eardrums starts saying some things which overlap with some things we say, it’s tempting to see a short-cut around another generation of hard slog that might end in failure anyway. But protest songs don’t cause riots or demonstrations or strikes; riots and demonstrations and strikes cause protest songs.

Actually, that’s a vulgar, determinist reduction; the reality of the relationship between art, ideas and social movements is a little more nuanced – but only a little, and I’m using hyperbole to make my point. Art can catalyse ideas, but the frontline is still in the workplace, in the community, on the campus – not on the iPod playlist.

This article was first published on the Workers’ Liberty website. Daniel Randall, aka The Ruby Kid, is a hip-hop artist and spoken-word poet. He has been a member of Workers’ Liberty for over ten years. He has previously written on the subject of music and social struggle here.


BLOG POST: Without a political base, no amount of protest songs will make a difference – on iLL Manors by @therubykid http://t.co/2tcRlVcB


In case you missed it: a perspective on Plan B's iLL Manors http://t.co/umiV7851 by @therubykid


@RichardOsley in light of your Plan B post, thought you'd enjoy this http://t.co/XwSwNphi by @therubykid


@Ryan_Griffen @siettamusic @urthboy here's that piece I was talking about http://t.co/aBAXshhf Not about the tedx, but the music/film


I have read so many content about the blogger lovers however this article is truly a pleasant article, keep it up.