Where is the black outrage over Thusha’s shooting? Lee Jasper responds to Nirpal Dhaliwal’s article in yesterday’s Evening Standard 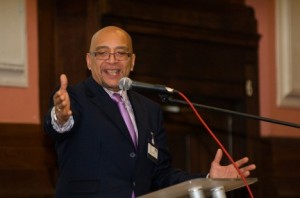 By Lee Jasper
Today, Lee Jasper responded to the accusation of indifference and hypocrisy over the shooting ofÂ  five-year-old Thusha Kamaleswaran, levelled at himÂ and Tottenham community activist Stafford Scott by journalistÂ Nirpal Dhaliwal, in an article published in the Evening Standard yesterday. The original article can be read here.Â  In Jasper’s words:

â€œNarpil, your article is replete with errors and lies. The fact is that I was a founder member of Operation Trident Independent Advisory Group (IAG) created to focus on armed criminality in Londonâ€™s black communities. That work started in 1996 with Trident predecessor Operation Study. I have a track record and campaigned on the issue of violence prevention for the last 18 years and that is a matter of public record.

I chaired the Trident Independent Advisory Group for 10 years up until 2008. We pioneered the notion of community responsibility and cooperation with the police in solving murders in the black community. Trident IAG introduced cutting edge practice in encouraging communities to give evidence to the police and ensuring police racism did not undermine the search for the truth.

I have organised hundreds of marches including the largest ever London Peace March from Peckham to Brixton protesting against youth violence covered by this paper. In addition to these marches I have organised mass leafleting campaigns, appeals for witnesses to come forward hundreds such murders.

As chair of Trident organised conferences seminars, community meetings by the thousands on this issue over the last 18 years. Remember Toni Ann Byfield a 7 year old murdered shot in the back in 2003? I personally led the community response at the time along with other members of Trident IAG.

Londonâ€™s black community has worked hard against some impossible odds to tackle this issue. You ask where is the black rage in relation to the Thushaâ€™s terrible attack. Itâ€™s all around but your ignorance prevents you from seeing it. Lambethâ€™s Police Consultative group of which I am a board member visited the family and organised local witnesses appeal campaigns. You would not know that because your blind prejudice, political immaturity and journalistic low standards prevents you from being objective.

Police commissioners from Sir John Stevens onwards heralded the Trident Police IAG partnership. Of course Trident has now been politically hijacked by former Mayor Boris Johnson and turned into an anti gang unit making synonymous black communities with gangs. A little research would have told you all that I have done in this regard. You have demonstrated your complete ignorance about a black community you clearly know nothing about. No doubt you will be surprised that Mr Stafford Scott was also a member of the Trident IAG and I can tell he worked night and day over many years to prevent youth violence 365 days of the year.

So we will take no lectures from someone who was still in short pants in 1996 when we began our work in this area. I am not surprised that the Evening Standard allowed you to print such utter uniformed garbage given their track record however I do now think that given the wildly inaccurate nature of your piece I should be given an right of reply.â€