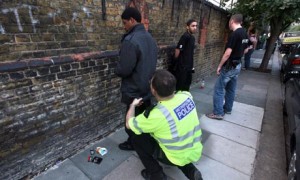 The flash mob is part of a larger StopWatch campaign for better policing made up of leading figures from civil society, the legal professions and academia and spanning over 40 organisations. The video of the flash mob is embedded below.

More information about StopWatch at www.stop-watch.org.uk