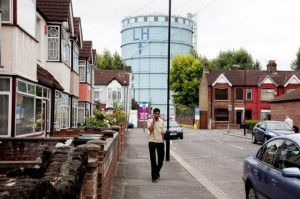 Activists from across the UK will gather in London in July for a summer school organised by So We Stand, a UK based community activist network which support communities living in high emissions such as power stations or airports and other areas facing environmental injustice.

The school aims to bring together leading international community organising movements to the UK, dedicated to building the skills of young women, young people of colour, working class, queer people and those with different mental and physical abilities as the next generation of leaders within the social justice movement.

So We Stand are inviting community and organisational alliances to build training and skill-share programmes. Participants will be trained in popular education theory and practice, storytelling, building connections across cultures, anti-oppression organising, anti-racist training and environmental justice practice.

VIDEO: what is So We Stand?

The purpose of the summer school is to build a culture of community self defence across the UK, as poor people and communities of colour are hit worst by the impacts of poverty and pollution. Most black and Asian people in the UK breathe worse air than white Britons, the Department for Environment, Food and Rural Affairs has found. In London, the community of Beckton is facing airport expansion, Tottenham residents are facing displacement as a result of unaffordable housing and the people of Southall are facing a redevelopment of the former gas works. So We Stand aims to combat environmental racism, which, simply put, is a process by which black and minority communities are disproportionately burdened by pollution and poverty.

According to their web site, â€œSo we Stand organises to challenge environmental injustices from the frontline. This means recognising that it disproportionately affects poor and black communities. We think environmental justice, social justice and anti-racism are the same struggleâ€

â€œWe are committed to using popular education as our main tool for engagement. This means getting to know groups and adapting to their needs, working with their experience and needs and not imposing hierarchies.â€

The school aims to develop an interactive map resource and pioneering fresh workshop tools based on the connections between race, poverty and environmental injustice, and link the community groups resisting those injustices. The idea is that greater solidarity amongst communities who are facing these issues takes the burden of proof away from communities on the frontline. So We Stand believe that experiential knowledge is paramount for on the ground action-orientated organising, building affection for each other and self-determination for all communities. These ideas were pioneered by Black Panther leader Huey Newton in a speech on the women’s and gay liberation movements.

So We Stand are currently looking for organisers and activists to make the school a reality â€“ all skills welcome. Contact Dan Glass on sowestand@gmail.com for interest. Time/ Place to be confirmed.

Three out of five winners of this yearâ€™s Olive Morris awards, Nim Ralph, Mirella and Brenda Goodchild, were So We Stand campaigners.

The summer school is a collaboration with several other campaign groups including: