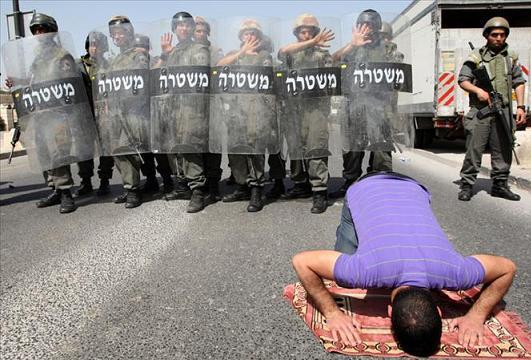 Religion gets a bad press on the Left.

Most of the activists I know are non-believers, although many were brought up within religious traditions. Â While England’s schooling system is fractured and has been subject to much change, within Scotland, little change in the educational governance arrangements has taken place. Â there are two types of schools: non-denominational and Catholic schools, both run directly by the local authority. Â There are also private schools, but only a small proportion of children attend. Â The seperation of the Catholics is one of the first social divisions you come across as a child, when you realise that your local playmate is going to a different school to you.

I dont agree with Catholic schools, or indeed schools of any religion. Â I have taught in few Catholic schools in one capacity or another, and – as a cultural protestant with no religion to speak of Â – I find the religious iconography and persistance quite overbearing. But at the same time I recognise the need for them. While non-Catholic schools are officially non-denominational and indeed in recent years have made great strides towards multiculturalism, there is still an understated yet ever present Protestant Christianity. Â The marginalisation and discrimination which has been experienced by Catholics, particularly those of Irish descent gives the community a desire for cohesion.

Many radicals in Glasgow come from Catholic backgrounds and for many the identification given by the religious community that they belonged to acted as a spur for their politics, yet at the same time, most are highly critical of the Catholic Church, its schools, its teachings and its complicity in abuses of power. Â This makes for an odd dichotomy – their cultural identity has given them a taste of oppression, while the religion associated with that identity has also been identified as an oppressive force. Â Most radicals, whatever their background, don’t usually participate in religion, or if they do they keep it fairly quiet. Religious belief is not something which is particularly well respected on the left, but at the same time, it cannot be dismissed that it gives people comfort and a sense of community and solidarity.

Coming from a not particularly religious household with a vague protestant culture, religion has not played a large part in my life. Â I know the popular bible stories, a few common hymns and have a rough idea of what goes on at a Protestant Christian service, but not much beyond that. Â  Although acknowledging myself as culturally protestant, I find it difficult to conceive of a situation where religion would provide a sense of identity orÂ guidance. Â But increasingly I’m recognising that it does for many people, and the need for radicals to engage with religion rather than dismiss it asÂ superstitiousÂ nonsense.

This weekend I went to one of the most wonderful events I have ever been to. Â I wasÂ privilegedÂ to be invited to a seder Jewish Anarchist friend held with an eclectic mix of people. Â A seder is held on the one of the first two nights of Passover, and commemorates the exodus. Â A plate with symbolic foodstuffs is laid out, and the tale of the exodus is told. Exodus is pretty powerful stuff you know. An enslaved people rising up, refusing to accept their conditions are going in search of a new land of freedom. Â In part a call to make a personal journey, a recognition of the benefits of solidarity, and a linkage with past oppressions, past struggles and past liberation.

Now, this was my first Seder and I have nothing really to compare it with but I suspect seders attended by pagans, where some of the participants wearÂ PalestinianÂ scarfs, and with Buckfast used to fill the cup of Elijah are in the minority. It was based on a radical interpretation of the Jewish tradition, but still faithful to it as well as inclusive and welcoming… andÂ it was amazing. As we told stories of inspiring people, questioned the role of solidarity when undertaking resistance, explored the links between the terror of the Passover and the situation of other peoples similarly living in fear, the meaning of the story emerged and its power as a liberatory narrative became clear.

So too with Islam. Islam in the West is painted as a backward and oppressive religion, full of rules and obligations. Â The position of women in particular is singled out for criticism. Â Yet that crude drawing of Muslims belies a diversity and radical tradition. Â Ali Shariati, a Marxist and muslim scholar makes clear that radical tradition within Red Shi’ism vs Black Shi’ism, a call to recognise the radicalism within Islam, buried within repressive teachings.

The influence of Islamic feminism can be seen in the role that women have played in the Arab Spring changing attitudes toward women who have demanded their place in the revolutions and are beaten just as hard as the men. Â While the adoption of the hijaab by second and third generation muslim women stands as an affirmation of a defiant, explicitly Muslim ,yetÂ identifiablyÂ female, identity within the West. Â  Islam has also emerged as a force of resistance against colonialism. Â Shariati popularised the term “Gharbzadegi“, meaning “Westoxification”, identifying the consumerism and emptiness of Western culture, and the need to retain a distinct identity in the face of Western hegemonic imperialism, with a distinct nod to the role of Islam as a cementing cultural force.

Glasgow has a strong tradition of Palestinian activism. Earlier this week, solidarity activists had hosted a fundraising event for a cultural exchange between Glasgow and our twinned city, Bethlehem. Â With a fantastic line up of poets, writers and singers it was a wonderful evening, but one particular highlight was Roy Bailey performing the Holly Near song “I aint afraid“. Â With a gospel like beat, it calls on the religious to take heed of what they do in the name of their God, while acknowledging the respect due to those who follow faith.

In these days where arbitrary detention, demolitions and bombings are inflicted on the Palestinian people by the state of Israel, on occasions Judiasm and Zionism can become conflated and it is sometimes hard to see Judaism as a progressive tradition. Hence it is Â good to see a radical affirmation that those who take comfort in Jewish faith, traditions and culture are not willing to have it defined by the neo-colonialists who would abuse it for their own ends, but seek to delve into the meanings behind the rituals to rediscover its radical roots. Â Similarly whileÂ acknowledgingÂ the repressive role that Islam plays within some states, it is also clear that there is a radical Islamic tradition built on liberation and which stands solidly against colonialism. Â At the same time, while the religious right, bastardise the teachings of Christ, and the Catholic Church struggles to come to terms with its history, Christian liberation theology flourishes within Latin America and the oppression Catholics face within Western counties leads them to make links with those suffering in others.

I, personally, Â have no time for sky pixies, but perhaps G-d is not so dead after all.