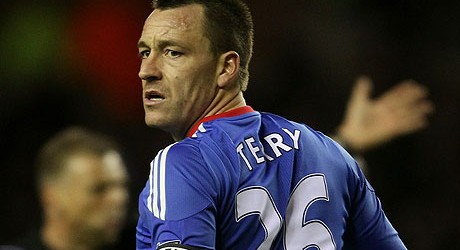 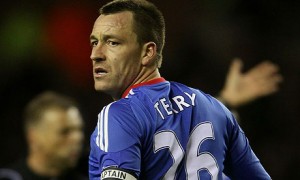 Roy Hodgson, the newly appointed England football managerâ€™s decision to drop Rio Ferdinand, the Manchester United defender from his Euro 2012 squad whilst selecting John Terry, epitomizes all that is wrong with English football. No matter how much media hacks attempt to dress up this decision as one of a lack of fitness, few believe it. Not least because Rio has not missed a game through injury since January of this year.

When Hodgson was appointed it was hoped he would brings back some moral fibre into a game which at the ‘highest level, has been reduced to the reactionary belief that success on the park should be brought and sold like any commodity. Thus two of our greatest clubs areÂ ownedÂ by a Russian oligarch who gained his great wealth on the back of organized crime, and an Arab Sheikh, whose wealth was plundered from the State his father ruled over. It is beyond me how Chelsea and Manchester City fans can look at themselves in the mirror and believe they have won a major trophy by sporting ability.

The rest of theÂ PremierÂ League clubs are owned by the normal assortment of barrow boys who have always been involved in the game, and financial tricksters and property speculators of varying degrees of honesty and competence. Many brought their influence within premier league clubs by borrowing large sums of money which they quickly offloaded onto the books of the football club they then â€˜owned.â€™ Thus Glasgow Rangers will not be the only well loved British football institution to go intoÂ administration.

On the pitch one man above all others has epitomized footballâ€™s moral decay, John Terry of Chelsea and England. A man who amongst a long list of misdemeanors has now added Rio Ferdinand’s scalp to his trophy cabinet, as he was almost certainly responsibly for Hodgson prematurely ending Rioâ€™s England career as it is doubtful at 33 if he will get another chance at international level.

I suppose it is hardly surprising a sleaseball like Terry was appointed England captain and has held the post almost continuously throughout a period when government ministers, from Prime Minister down, believed enriching oneself financially at all cost was a beneficial national characteristic. First made England captain in August 2006, Mr Terry went on to skipper the side until earlier this year. Admittedly he was stood down twice due to his unsavouryÂ behaviourÂ off the pitch, but he has always been able to wangle his way back into the job. It is worth noting during his captaincy England have won diddley squat, nil in the footballing parlance. He might be an above average player, but he has the morals of an ally cat, and little ability to inspire people on to do greater things, how could he when he spends much of his personal life in the gutter preening himself.

In the last decade alone he has been charged with affray, after a bouncer was hit in the face with a bottle. Caught cheating on his future wife in the back of his car in a public car park, fined for parking his ‘bentley’ in a disabled drivers bay, he took Â£10,000 from undercover reporters in return for a private tour of Chelsea’s training ground, urinated into a beer glass and dropped it on the floor in a crowded east London night club, and had an affair with his best â€˜friendâ€™ and former team mate Wayne Bridge’s girlfriend. Having made her pregnant he paid for an abortion.

After the tabloid’s exposed thisÂ sordidÂ tale, to dig himself out of a hole of his own making,Â he trawled his wife and kids around Abu Dhabi for all to see having tipped off the tabloids where they would be. The Daily Mail obligingly played the game and published a two page spread of Terry as loving and attentive husband and father. As to his ‘bestÂ friend’s broken heart and his mistress recovering from a termination, I doubt he gave them another thought.

Last, but not least he insulted fellow professional, Anton Ferdinand by calling him a “fucking black cunt” during a Chelsea game with QPR. It was the blow back from this which has led to the ending of Rio Ferdinandâ€™s England career, as he is the older brother of Anton and understandably is a tad pissed off with Terry.Â Most folk would say so what, he has every right to be, its not Rio’s problem but Terry’s, and if black members of the England squad, or anyone else come to that, feel uncomfortable working alongside a racist bigot then its they who should be supported not Mr Terry.

Sadly in the corrupt, amoral world of Premier League and England football, right and wrong long ago ceased being the deciding factor. Decisions are made on who can bring the most media pressure to bear, coupled with friends in low places. It seems under the management of Roy Hobson, as with his predecessor Fabio Capello, John Terry has a get out of jail free card which keeps paying out.

As he has maintained his place in Roy Hodgson’s England squad, do not expect the national side to win any major competition any time soon. It was not a fluke England did soÂ poorlyÂ in the South African World Cup, it was Â partially due to Mr Terry’sÂ poisonousÂ influence which led to a powerful and disgruntled clique developing similar to that which droveÂ AndrÃ© Villas-Boas from Chelsea.

If we haveÂ learn’tÂ anything about how New Labour and the coalition governments govern the UK it is perception is all, money knows best and those who have a great deal of it must be worshiped. It is not an accident of history that throughout much of this period a man like Terry could captain his country’s soccer team.

What message does his continued presence in the England squad send out to young people. Could it be no matter how badly you behave and how appallingly you treat your friends, love ones and fellow professionals, as long as you are a millionaire all will be forgiven?

If only Roy Hodgson had cried enough and showed John Terry the red card he so richly deserves, football may have joined the fight back against elitism which is taking place throughout Europe and much of the world, and who knows may have once again become ‘the beautifulÂ game.’