The national criminal DNA database and Black Britain: ending the criminalisation of the innocent 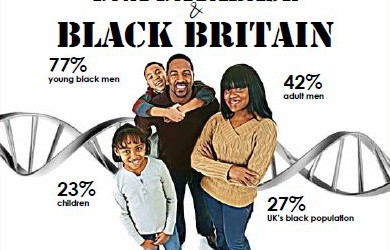 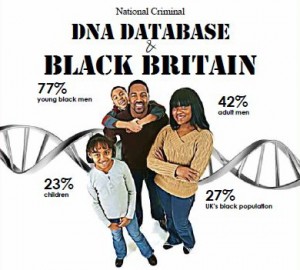 Black Mental Health UKâ€™s campaign calling for the removal of innocent DNA from the criminal database brought to the nationâ€™s attention that 42% of the entire black male population and 77% of all young black men are profiled on the database, even though people from this group are less likely to commit a crime than their white counterparts.

These staggering statistics were first brought to the attention of the community at a public meeting at the House of Commonsâ€™ hosted by Sarah Teather MP, now minister for children and families, back in May 2008. Teather raised this issue in a parliamentary debate because of her concerns over how the use of the database was affecting her constituents in Brent. In the run up to this meeting BMH UK flooded both the community and national press with information about the injustices of this issue and almost overnight this became of widespread concern across the community.

BMH UKâ€™s political lobbying on the DNA database changed the public debate on the impact it has had on both mental health service users and black Britain.

The only agency that has lobbied parliament over the impact of the DNA database on innocent mental health service users and black Britain, BMH UKâ€™s four year campaign brought to the communityâ€™s attention an issue that had for the most part been shrouded in secrecy for this group.

The first public meeting at the House of Commonâ€™s on this issue coincided with the launch of a report on the database by the Human Genetics Commission, a government advisory body, calling for almost exactly the same changes to the database that BMH UK were calling for.

A European Court of Human (ECHR) Rights ruling in 2008 that the UKâ€™s DNA retention regime was illegal boosted the calls in this campaign and forced the former government to review its policywhere anyone arrested for any â€˜recordable offenceâ€™ automatically has a DNA sample taken, whether charges are brought against them or not.

Proving that information is power, now other activists armed with the data from BMH UKâ€™s campaign also began speaking out about this issue.

BMH UKâ€™s 10 Downing Street petition went viral, community, pirate, mainstream and Christian radio stations also covered this campaign. When the Voice newspaper ran a front page news story on the impact of the DNA database alongside the death of Michael Jackson back in June 2009, the team at BMH UK knew that what had started off an almost impossible task, which many said was pointless in trying to change, were proved wrong.

In response to ECHR ruling the Home Office launched a consultation seeking public opinion on police retention of innocent DNA.

August 2009 saw BMH UK along with GeneWatch UK and Privacy International host the only public event on this consultation for the community at the London School of Economics (LSE), in central London.

Hungry for information on this issue many who were personally affected by the DNA database attended along with the press, government and union officials and church groups. Delegates learnt for the first time from experts about exactly what the DNA database is and how people are added to it, and most importantly how innocent can get their DNA removed. Delegates also heard first hand form the then shadow justice minister David Burrowes MP of the Tory Partyâ€™s commitment to the deletion of innocent DNA if elected to power.

This commitment for the deletion of innocent DNA was made again at a symposium organised by BMH UK hosted by the current Home Office minister James Brokenshire and the Lib Dem Home Affairs spokesperson Paul Homes MP.

Landmark victories in this campaign include securing a slot on the BBC;â€™s The One Show of over seven 7 million viewers. BMH UKâ€™s inclusion in one of ITNâ€™s prime time programmes and coverage in Guardian newspaper, all of which turned this into an issue that even the most senior politicians could not afford to ignore.

The consistent support from The Voice newspaper and community radio also turned the DNA database into a national concern for black Britain.

During the 2010 general election a consortia of close to 50 agencies from across the community officially endorse BMH UKâ€™s election manifesto calling for among other things the deletion of all innocent DNA from the National Criminal DNA database.

In February 2011 the coalition pledge to adopt the protection of the Scottish model for the UKâ€™s DNA database was introduced in the Protection of Freedoms which means a large percentage of the 1.1million people on the DNA database without a criminal conviction will be eligible to have their records deleted.

During the passage of this Bill through parliament Lord Herman Ouseley and Baroness Hamwee called on government in include a clause to ensure mental health service users taken into police custody under S136 of the Mental Health Act did not have their DNA taken. While rejected by the government a commitment was made to ensure that this is included in the code of practice for this bill.

The introduction of the new Protection of Freedoms Act is a major step forward, but constant scrutiny will be needed in order to ensure that every innocent person who has been criminalised by this system has all their records including the record of arrest from the Police National Computer (PNC) permanently destroyed.

This article originally appeared in May/June edition of BMH UK’s The Solution Magazine.