Riot from Wrong: the documentary about the riots everyone should see 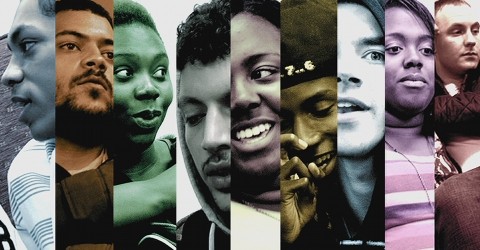 With the Games capturing the imagination of millions across the country and the medals for Team GB pouring in, it is hard to imagine that it was only a year ago that England witnessed the biggest social unrest for a generation â€“ the August riots.

On this day last year, the disturbances that began in Tottenham had spread to Croydon, Birmingham, Liverpool and Manchester, Boris Johnson had returned from his holiday in Canada and the tabloids were paving the way for swift and harsh sentences to be meted out in 24-hour courts to the â€˜feral thugsâ€™ responsible for days of violent disorder. The streets of Clapham were occupied by middle class gentrifier folk armed with brooms, determined to clean up the streets, but perhaps unwilling to pose more fundamental questions about the reasons as to why it all kicked off.

David Cameron was quick to dismiss the disturbances as â€œmindless criminality, pure and simpleâ€ â€“ another indictment of a â€œbroken Britainâ€. The governmentâ€™s response focused on restoring law and order on the streets and sending rioters to jail, and cabinet ministers broadly avoided asking questions about what caused the riots. One year on, Britain has not witnessed an independent inquiry (instead, the rather unfamiliar Riots Communities and Victims Panel was created), has seen a number of surface-scratching TV documentaries, and despite a more serious effort by the Guardian to try to understand what motivated so many young people to fight the police and loot high street shops, are we, as a nation, much wiser about the underlying social issues that caused the riots? Is Olympic Britain a different place?

Riot from Wrong, a documentary film made by the youth media collective Fully Focused seeks to document the August uprisings from within the communities in which they occurred, and, crucially, from the perspective of young people. The idea for the film, produced by 19 young Londoners, was born four days into the riots when a group of youngsters and two youth workers, frustrated with the lies peddled in the media about the shooting of Mark Duggan in Tottenham, picked up their cameras and started filming. The end product was on show at the British Film Institute on the South Bank yesterday.

The documentary is set in three parts. First, the viewer is taken back to Ferry Lane in Tottenham on the 4th of August of last year, where an eye witness gives an account of the last seconds of the life of Mark Duggan, shot dead by Trident police officers. Interviews with the Duggan family follow, and the simplicity of the questions raised belie their pain: Â Why was the family not notified about Dugganâ€™s death? Why did the police and the IPCC peddle the lie that Duggan had shot at police first? Why is there, to this day, no evidence to suggest that the gun found on the scene actually belonged to the father-of-four? The next moment we see exclusive footage â€“ some of it filmed on mobile phones â€“ of Tottenham High Road, where, two days after Dugganâ€™s death, his family and friends have arrived at the police station demanding answers. After hours of waiting, a young girl gets beaten up by police and the fuse is lit â€“ a riot ensues.

Whilst clearly out to provide a counterbalance to the condemnation and outright dehumanisation of the rioters in mainstream media coverage, Riot from Wrong is carefully balanced, particularly with regards to the arson of local shops and homes. The film in no way seeks to justify the burning and looting, and allows for the perspective of local residents who have lost everything. The riotsâ€™ immediate aftermath is painful â€“ the damage to communities, the demonisation of youth in the media and the disproportionate sentencing of a group of people who were by and large first-time offenders.

The second part of the film seeks to understand the anger at the police, frustration with society and alienation from their communities so many young people feel. Through interviews the film shows how a lot of working class youngsters are victims of stereotyping in the media, racial profiling and police harassment. We learn about stop and search, deaths in police custody (disproportionally black men) and questions are raised about the proclaimed independence of the IPCC â€“ a source of grievance for many who have lost loved ones at the hands of the police.

And it is not just young people who are being interviewed. We hear from Tottenham community activist Stafford Scott, the Guardianâ€™s Polly Toynbee, Hackney-based youth worker Janette Collins and Michael Mansfield QC. The dots between unemployment, government cuts to youth services, the raising of university fees, the scrapping of EMA, the MPâ€™s expenses scandal, consumerism, the illegal wars in Iraq and Afghanistan and the bail out of the banks are carefully joined. Michael Mansfield goes back as far as Thatcherism â€“ which Tony Blair of course was even better at â€“ and bemoans the â€œlack of psychological space in which people are fully recognisedâ€, in todayâ€™s society.

The third and final part of the film explores some answers. Polly Toynbee points to the need for a more equal society. Youth workers speak of jobs, proper funding for education, youth services and housing. Finally, the film emphasises the importance of art and expression in fostering a new generation of healthy young people, featuring performances from youth groups including SE1 United, the X7eavan Academy and Centrepoint Parliament.

The brooms in Clapham were no solution, and the halo of the Olympic flame will fade very soon. But in many ways, Riot from Wrong is an answer in itself. The slickness of its production and the quality of this filmâ€™s journalism can rival any mainstream media production. Riot from Wrong is real, and as a historical assessment of contemporary Britain it is better than anything I have seen on TV all year. And whilst it is damning in its verdict of British society, it is equally positive in its outlook for the future. Riot from Wrong is a celebration of young talent and an example of what journalism should be like â€“ rooted in the community, and sceptical of the state. This is a documentary everyone should see.

Beyond “A Plague on Both Their Houses”: The Bradford 12 & the Liberal Anti-Fascism of Hope Not Hate
May 1, 2013
Birmingham Guild of Students’ celebrate a past that they have forgotten
March 29, 2012


Blog post: Riot from Wrong: the documentary about the riots everyone should see http://t.co/7GJE3bZa