From two fans of Lupe Fiasco: Why “Bitch Bad” was misguided and sexist

According to Spin Magazine, Lupe Fiasco has mansplained his way into a terrible mess, he attempted to challenge misogyny in rap only to be attacked for doing in it in misogynistic way. Lupe has denounced Spin for resorting to personal attacks and has launched #BoycottSpinMagazineÂ as a response. Is the charge right or is Lupe being unfairly targeted by a resentful journalist?

Chris Rock once said “I love rap music but I’m tired of defending it“, inevitably when my rap-denouncing friends would ask me whyÂ as a person of the Left do I listen to Hip-Hop, I’d quickly refer them to the works of Talib Kweli and Mos Def, especially the Black Star album. To challenge their perceptions of Hip-Hop I’d cite some choice tracks from early OutKast, Immortal Technique and Common (Sense). For more recent examples I’d put forward Mr Fiasco.

Rap if anything is art form which has as its founding principle the social commentary. Exemplified from the father of poetry over beats: Gil Scott-Heron’s The Bottle and Whitey on the Moon to GrandMaster Flash, the Message to even Nas’ recent track: Daughters. Hip Hop essence has been about telling stories and parables as a form of reflection and analysis. Def-Jam Poetry probably celebrates this tradition but to be honest I liked my poetry best when it came with a bass line.

So unlike Kanye West, with Lupe Fiasco, I could be and am an unashamed fan. Though I didn’t have the easiest of upbringings, I didn’t relate to references of selling drugs as a teenager but I did recognise Lupe’s references to growing up whilst being enthralled with Manga and Japanese Anime. Lupe’s Dumb It Down from his second album replaced Thieves In the Night as my favourite song to cite in the defence of Rap.

In his first album Food and Liquor, he describes the complex and hypocritical notion of hating misogynistic terminology yet adopting it in his youth. The awesome track Hurt Me Soul is brilliant with lyrics such as:

“I used to hate hip-hop, yup, because the women degraded
But Too Short made me laugh, like a hypocrite I played it
A hypocrite, I stated, though I only recited half
Omitting the word “bitch”, cursing – I wouldn’t say it
Me and dog couldn’t relate, till a bitch I dated
Forgive my favorite word for hers and hers alike
But I learned it from a song I heard and sort of liked” 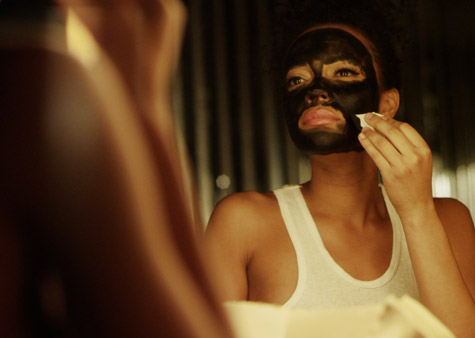 So when Lupe released his latest track: “Bitch Bad”, I was excited and intrigued to see how he would tackle an endemic problem of misogyny. In “Bitch Bad”, he uses the parable form to describe the possible effects the widespread use of “bitch” and misogynistic imagery can have on young minds. It’s chorus: “Bitch Bad, Woman Good, Lady Better”, already poses a problem, first despite Lupe’s defence of wanting to start a conversation, the message appears to be women don’t want misogyny (bitch), they want chivalry (lady), i.e. to be patronised by well intentioned men. Lupe in attempting to be “conscious” ends up mansplaining in a painfully condenscending fashion. Also in a song that is aimed at tackling misogyny, how could the repeated refrain “I’m killing these bitches” ever be a good idea?

The first verse illustrates how a mother reclaims the word through a song as a term of empowerment. By labelling herself a “Bad Bitch”, she is a strong independent woman who isn’t afraid of being strong. Her son seeing this, associates being a “Bad Bitch” with his mother.

In the second verse, he has a group of young pre-pubescent girls watching a 50 Cent like Hip-Hop video in which they view the video models as positive role models as their young minds are unable to distinguish between roles performed paid actresses and genuine adult behaviour. These girls associate “bad bitch” also as a positive role model but this form denotes associating their self-esteem with male attention and being primarily viewed as sexual objects.

In the third and final verse, our two characters meet as young adults, with the boy delivering a misogynistic tirade, which illustrates how they both have problematic notions of womanhood. However Lupe reveals in the last few lines that while he doesn’t like the word Bitch he sympathises with the boy’s notion.

Just like that, you see the fruit of the confusion
He caught in a reality, she caught in an illusion

and also the final line

So above being patronised in a heteronormative setting, being a mother is the top of the female role hierarchy according to Lupe, though I’m sure he means it as a complement, many would rightly take it as condescendingly sexist. Lupe isn’t a bad guy, just another man blind to his own sexist prejudices. His intentions are good, and I’ll always respect him for showing his emotions is sometimes displayed in heroically raw fashion. but rather than completing the satire by committing mansplaining myself, the following excerpt by feministÂ Charissa ModesteÂ explains the song’s sexist nature better than I could:

To me, the implicit message in the song is that women who call themselves “bad bitches” are misinformed, attention seeking drones who lack intelligence and self respect. They also only disappoint their poor male counterparts who for some inexplicable reason expect to see a maternal, wife figure when they think of the term “bad bitch”. It IS misogynistic in that sense. Not only are women in the video depicted as silly and lacking intellectual independence they also disgust the men they’re trying to impress.

The women in the video construct their entire identity around a male fantasy but Lupe only goes as far to point out that it’s the WRONG male fantasy. Implied in the video is that; the fault of the girl lies not in her lack of autonomy but her failure to live up to the mother/wife archetype expected by her male counterpart. The intentions are good, but the mother/wife archetype does women NO favors and is indeed just a another misogynistic ideology. It is no better than wanting all women to be perfect little whores. Women are complex human beings and cannot be divided and compartmentalized into either whores or good, lady-like wives (who only express their sexuality in the privacy of their bedroom).

Women should not be constructing their identities around male fantasies. Period. Lupe doesn’t get to that point.

He also doesn’t get to the point that the reason “bad bitch” is being thrown around by many women these days is because they’ve reclaimed it.” Bad bitch” would not be so common today if men didn’t use it to demean and belittle women in the first place. It’s not just a label women have mindlessly assumed to appease men.


Lupe Fiasco: Why "Bitch Bad" was misguided and sexist http://t.co/3L5PgMZP


This has been brought up a few times recently, notably by Ceasefire magazine about JaJa Soze’s Beautiful Sister http://ceasefiremagazine.co.uk/beautiful-sister-conscious-hip-hop-gender-politics/. As someone who sees hip hop and rap artists involved in social struggle as key, it came as a shame that my favourite of these, Lowkey, also fell somewhat into this mindset (though less explicitly so) in Something Wonderful (http://www.youtube.com/watch?v=c3_2hJfhwro). It led to me having quite a long debate with people on the video, and my eventual ban by the admins. ‘Conscious’ hip hop artists and community really needs to start rethinking its position on gender politics.


[…] to attack misogyny in music and how it can negatively impact young people. His efforts come off asÂ misguided, particularly because while he does attempt to start what could be an interesting conversation, all […]