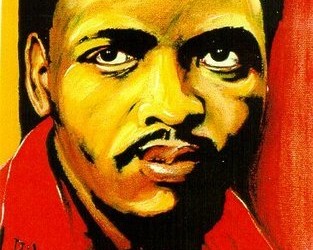 Steve Biko was the founder of the Black Consciousness Movement in South Africa. In 1968 he co-founded the all-black South African Students’ Organization and was elected its first President. The organisation’s message spread from campuses to the general community, and in 1972 Biko helped found the Black People’s Convention. He was arrested many times for his anti-apartheid work and in 1977, died from injuries while in police custody.

He will be remembered for the phrase “Black is Beautiful” and today on his anniversary – we post a documentary: The Life and Death of Steve Biko: