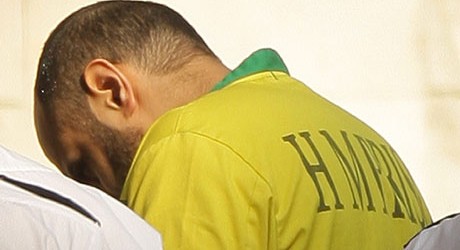 Babar Ahmad and Talha Ahsan have been held in British prisons, without charge, for 7 and 6 years respectfully. They are accused by the American authorities, who want to extradite them to America to stand trial, of participating in terrorist-related activities. Babar Ahmad and Syed Talha Ahsan are fighting the extradition warrant as they believe that they should stand trial in a British court, as they are British citizens alleged to have committed crimes whilst in the UK.

The European Court of Human Rights rejected their latest appeal against the extradition last week. Currently only a private prosecution, launched by businessman Karl Watkin, could prevent the extradition from happening.

Extradition is a film that explores the injustices of the Extradition Act 2003 through the suffering of two individuals and their families. The act stipulates that any British Citizen can be extradited to the US without their government even providing prima facie evidence. Babar Ahmad and Talha Ahsan have been detained for eight and six years respectively, both without trial. In all this time they have had no charges levelled against them, seen none of the evidence or even been questioned by British or American police. Yet they remain imprisoned.

The documentary showcases the hypocrisy and one-sidedness of the Act but also shows the human suffering of the two men and their families.

How can you support Babar and Talha?

1. Email the DPP and your MP today. If you’ve written once, write again.
2. Get every member of your family to do the same.
3. Ensure one friend per day minimum to do the same.
4. Get 10 members of your constituency to write an open letter to your MP in the local paper.
5. Arrange a delegation to visit your MP.
6. Write to every national paper which has covered the case calling fo a UK trial.

Where are Talha and Babar now? 16 May supermax UK film premiere + Solitary Watch + Amnesty International
May 1, 2013
Video: #StephenLawrence Commentary by @Nabilu: “Who polices the police?”
January 4, 2012