Rodigan leaves Kiss FM because of “marginalisation of reggae”, as Craig David takes over his slot 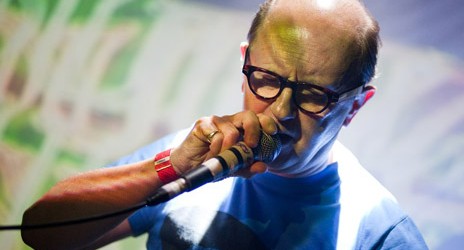 After 22 years with Kiss FM, legendary reggae DJ David Rodigan quit the station yesterday for what he called its “continued marginalisation” of reggae music.

â€œI have resigned from my position as a broadcaster on Kiss FM.

â€œI’ve been with the station for 22 years, shared some wonderful times with many fantastic artists and members of staff and itâ€™s with great sadness that I’ve come to this decision. Due to their continued marginalisation of reggae music into the twilight zone of radio scheduling, it has left me no option but to make a stand for my passion and the music I love so dearly.â€

Why did he leave?

“… the relationship has terminated since the 12am-1am slot he previously resided was given to Craig David. Remember him? Exactly.

“Words can’t express how overjoyed I am that someone hasÂ finallyÂ taken the step to stand against a commercial radio stations. Not only for reggae in this case, but every single genre which has been marginalised by Kiss FM in recent times for more playlist shows. An example of this is Logan Sama, who for the longest time has been grime only DJ on a commercial station saw his show cut from 11pm-1am on Monday night, to a one-hour show (12am-1am), then moved to 1am-2am. One of the most important homegrown genres, one that produces chart-topping MC’s (albeit on grime-less tracks),Â achieves top 10 trending topics in the UK most weeks, yet 1am-2am on a Monday slot?”

“I think every specialist show on that station has the 12am-2am slots because most of the stations schedule consists of playlist shows. You know, the same old 25 songs on loop? Yeah that. From 6am to 11pm at night. Except Kisstory of course. While I do think the “marginalisation of reggae” card is valid, I’m personally not sure if this is an attack on just reggae as most specialist shows face the same problem.”

David ‘Ram Jam’ Rodigan has been going for a long time and is renowned for his encyclopedic knowledge of reggae. He has been accepted and respected on the Jamaican music scene for decades. This is the man in action in Waterhouse, Kingston, 1985, at a King Jammy’s dance.