It’s not about me 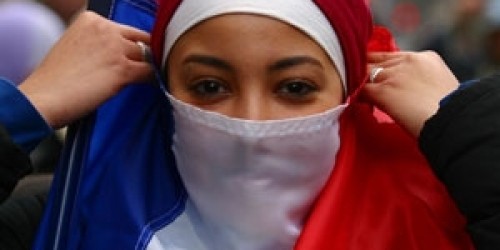 ** TRIGGER WARNING: This piece discusses violence against women and people of colour **

Itâ€™s about the pregnant 21 year old Muslim woman who was beaten so savagely, her foetus was stillborn.

Itâ€™s about the 18 year old activist Clement Meric, beaten so badly he was left brain dead.

Itâ€™s about the young woman from the North of England knocked unconscious when she was attacked from behind.

Itâ€™s about the Muslim boarding school that was burnt down whilst the boys lay sleeping. Two of them were treated for smoke inhalation.

Itâ€™s about the 78 year old grandmother beaten for being brown and defenceless.

Itâ€™s about my comrades; black, white, Asians, Jews, queer, trans* and everything in between.

Itâ€™s about protecting them from Nazi/police brutality.

Itâ€™s about the state questioning my motives for reporting malicious communication regarding Muslims and suggesting my offence was borne from my religion. I have repeatedly told them I am an atheist.

Itâ€™s because we are brown and not white British that we cannot respond to YouGov polls questioning the threat against the â€˜indigenousâ€™ population. Personally, my 31 years of citizenship mean nothing.

Itâ€™s when they ask how British Muslim communities can protect themselves, not how they will ban the fascists hurting them.

Itâ€™s about my little nieces and nephews and their futures. I wish them long lives.

Itâ€™s about the focus on braaaahn perpetrators and paedophiles whilst the white ones get away with 15 months in prison cos 13 victims arenâ€™t as serious as Savileâ€™s 1300.

Itâ€™s about the soldiers who sexually abused minors in Afghanistan but escaped punishment because of the effect on THEIR families. What about the minors and their families?

Itâ€™s about the solider who punched a woman in the face but escaped punishment just because heâ€™s an outstanding soldier otherwise. Thatâ€™d be murdering civilians I guess.

Itâ€™s about the systematic rape and abuse perpetrated by Western forces in countries around the world.

It is about the value of a white life compared to the valueless non-whites.

Itâ€™s about changing our names, wearing their clothes, eating their food and still being rejected for not being white enough.

Itâ€™s about people of colour being openly racially abused on our transport system. No fear of reprisal from their attackers but a sense of entitlement.

Itâ€™s the fact that police are reporting 8 Islamophobic attacks a day where there was previously 1. Why didnâ€™t we nip it in the bud?

Itâ€™s about reverse racism and the audacity of white people to suggest we control their lives in the same way they control ours. This denial of power and control dynamics is offensive.

Itâ€™s about the way whole communities of non-whites are treated as a hive whereas white people are individuals.

Itâ€™s about the systematic monstering of non-white men whilst white men are free to abuse women and children and retain their hordes of adoring fans.

Itâ€™s about the accusations those in power throw at us; that somehow weâ€™re just doing it for the kudos, instead of defending the right for everyone to live a non-threatening life.

Itâ€™s about the ease with which WoC are erased from the narrative, by painting them as delusional, hateful and provocative. Cos of course, we donâ€™t ever tell the truth.

Itâ€™s about the abuse women in hijabs suffer. Somehow they are more controlled and oppressed for covering their bodies. Uncover yours and see them blame you for your own rape.

Itâ€™s about the white men attacking women in hijabs. Clearly the men are too much of a challenge.

Itâ€™s about those non-whites so desperate for acceptance that they support the oppressor. Token non-whites need help.

Itâ€™s about the way the media do not report the impending threat to non-whites everywhere.

Itâ€™s about the way terrorism has been defined as an act of defiance against the white majority. When non-whites are terrorised, they are simply being hated for who they are.

Itâ€™s about the way they sneer at you for â€˜attention seekingâ€™. Damn right I am seeking to draw attention to the unacceptable systems of control we are under in this godforsaken world. Solidarity with all likeminded activists.

Itâ€™s about the parallels modern day Britain draws with genocides of yesteryear. The dehumanisation of groups of peoples.

Itâ€™s about our â€˜comradesâ€™ allying themselves with people who wish us dead. No platform for bigots, ever.

Itâ€™s about the way victims are required to be humble and vulnerable to establish their victimhood. Defending oneself makes you just as bad as the other. Erm no, doesnâ€™t work like that.

Itâ€™s about the accountability all Muslims face for uttering the words â€œAllahu Akbarâ€. Canâ€™t see us asking the same of the queen when the fascists sing her anthem.

Itâ€™s about the way we are dismissed for being educated middle class academics on the fringes of actual people of colourâ€™s lived experiences. Couldnâ€™t be more wrong could they?

Itâ€™s about the everyday murder, rape, brutality faced by those considered subhuman by the white people in power.

Itâ€™s about feeling the pain of others who share the colour of your skin, your sex, your environment.

If you donâ€™t understand that, then you are part of the problem.

Originally published at Left at the Lights

You have no right to brand Jimmy Savile a sex attacker when he was never convicted of any crime.

Also, “people of colour” is just as bad as “coloured people”.