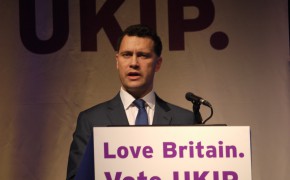 Why are some immigrants voting for UKIP?

By Daniel Ronaghyon
The UK is officially the second most-popular destination for immigrants arriving to the European Union. A large proportion of newly arrived immigrants come from Eastern Europe. According to the 2011 Census, Poles are now the second largest foreign-born group in the United Kingdom, behind the Indians. We also know that around 37,000 Romanians […]