The Witchcraft Myth and the African Community

It can be frustrating to watch yet another sea of African children being used as window dressing for some other charity drive to guilt-trip the public into diving into their pockets. However last nightâ€™s Channel 4â€™s Dispatches was troubling viewing even for the hardened second generation African immigrant like myself. 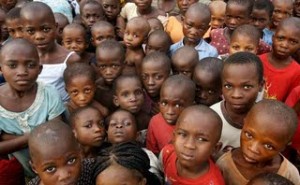 Return to Africa’s Witch Children was intriguing follow up to the BAFTA and multi-award winning Saving Africaâ€™s Witch Children. The first programme was harrowing and powerful, it instigated a deluge of international outrage towards the treatment of vulnerable children in Nigeriaâ€™s Akwa Ibom State. So much so that the State Government was duly embarrassed into bringing forth a Child Rights Act, which enshrined childrenâ€™s right to education and criminalising the practice of stigmatising children as a witch. This state law however was 5 years overdue, under the then President Olusegun Obasanjo the federal government in conjunction with UNICEF had passed the Childâ€™s Rights Act 2003 and by 2007 only 15 of Nigeriaâ€™s 36 State governments had enacted the Federal law.

It was pleasing to witness the admirable work of CRARN and Stepping Stone Nigeria; especially seeing the director of CRARN Sam Ikpe-Itaumaâ€™s struggle not only to provide shelter for the 170 children at his centre but also living with the death threats and alleged attempts made on his life from the hostile church leaders that have physically challenged and intimidated his organisation and partners such as the Nigerian Humanist Movement.

The idea that anyone can be a witch and therefore be bringing bad luck or â€œcursesâ€ upon a community is neither new nor uniquely African. European history has documented the persecution of (mostly) women as witches as far back as 1400s with the infamous witch-hunts. The myth of children witches in Africa is a relatively new and was believed to have been popularised in African communities during 1990s. This was in conjunction however along with Pentecostal or â€œCharismaticâ€ forms of Christianity and it has grown exponentially and affects across Africa, and even the Diaspora in Europe as shocking demonstrated with Victoria ClimbiÃ©. 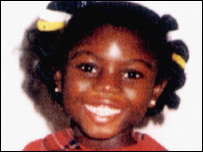 Undoubtedly these myths fester in the bog of ignorance and poverty that many Africans face, in situations not dissimilar to their 15th Century European counterparts, but it is not only poverty but also the predatory nature of â€œChristianâ€ preachers and â€œprophetsâ€ that claim that they can deliver these children through abusive measures. Also bearing responsibility are the Nollywood movies that use the spiritualist themes not as tales of fiction but as propaganda portraying â€œtrue storiesâ€ of cautionary value. The fight of myth busting and the cultural purging of these attitudes are needed but also the fight for ending poverty is required as these children are not only the victims of superstition but of illiteracy and economic underdevelopment.