Pakistan: After the deluge 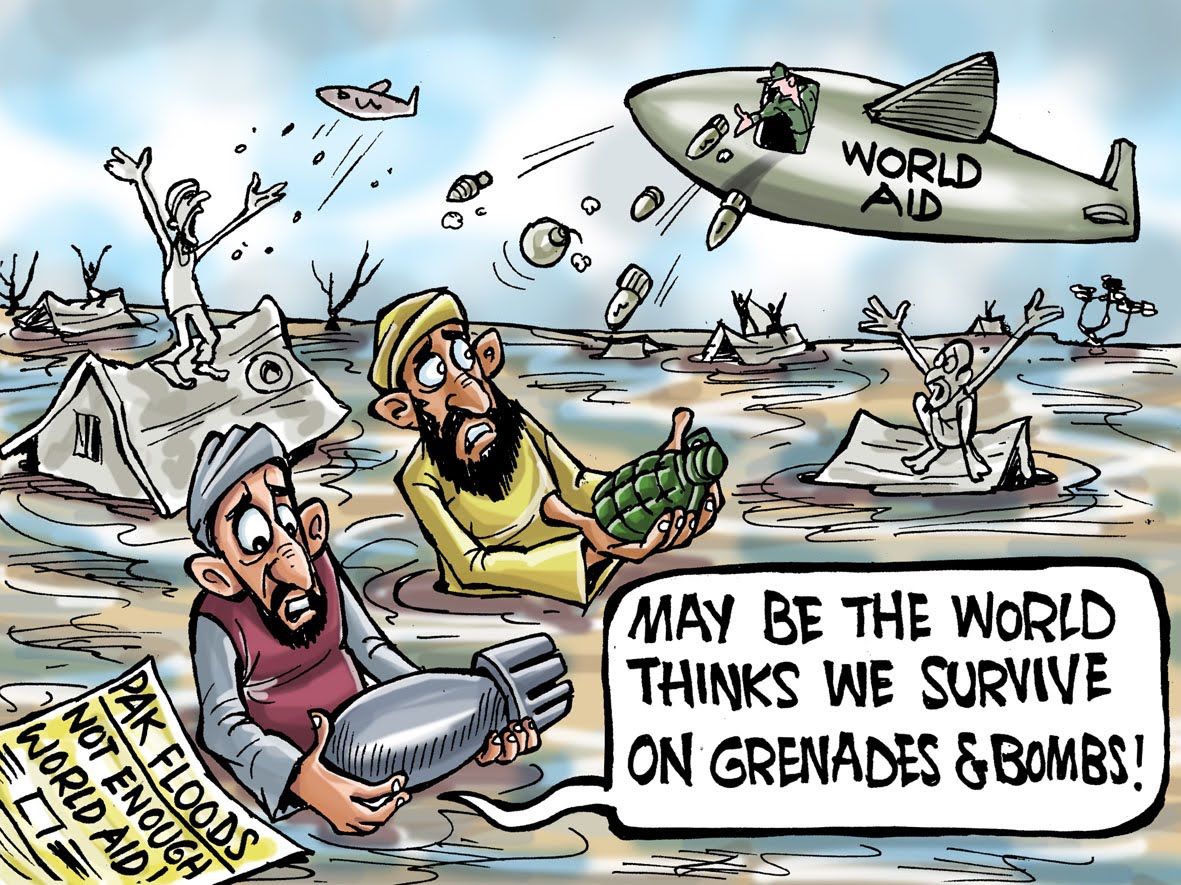 Every crisis presents an opportunity â€“ this has been the Obama administrationâ€™s modus operandi. The floods in South Asia have been a rare opportunity for the USA to win the hearts and minds of disillusioned Muslims in Pakistan. Much more than that, it could have sent a message of solidarity and compassion to the wider Muslim world â€“ vindicating President Obamaâ€™s idealistic Cairo speech at the beginning of his tenure as leader of the free world. In the UK, a leaked Whitehall paper has recently revealed that the Coalition wants Britainâ€™s overseas aid budget to make â€œmaximum possible contributionâ€ to the UKâ€™s national security. Unsurprisingly, Pakistan features as a state in which aid should focus on peace and state building in an effort to reduce the spread of radical Islam. You could be forgiven, then, for assuming that both governments would have leapt at the chance to come running to Pakistanâ€™s salvation. Yet the US and UK continue to be tentative in their aid efforts. They increased their aid packages to $150 million and Â£60 million respectively but only after both had been shamed by the size of public contributions. Even these increases seem rather paltry in the face of the sheer scale of the disaster.

The fact of the matter is, that not only is aid insufficient but the way in which it is being offered is woefully irresponsible and myopic. Money and equipment channelled through NGOs, the UN and so on, still leave the Pakistani army alone to do the heavy lifting and ultimately to reap the goodwill of the people. Although it has been assumed in recent years that fundamentalists are the scourges of Pakistan, the true enemy of the people and their quest for a stable state, is and always has been, the army.

Since independence in 1947, the army has been the political and economic backbone of the country. It disenfranchised Pakistanâ€™s minority populations and propped up the Punjabi and Muhajir (Muslim refugees from India) plutocracy, from which it was largely recruited. In the absence of a functioning democratic system, opposition groups and marginalised ethnicities used Islamist networks in order to garner political support. To compound the situation, by the late 1970s, under the dictatorship of General Zia ul Huq, the state and the army also turned to Islam as a source of legitimacy. They were subsidised by both Saudi petro-dollars and American loans in order to facilitate the Mujahideenâ€™s war effort against the USSR. Needless to say, much of this money was not used to defeat the USSR but to operate and develop a narco-economy and arms trafficking outfit across the border with Afghanistan – all run by Pakistanâ€™s main military intelligence agency- the Inter-Services Intelligence (ISI). The ISI, of course, used its illicitly earned profits to actively support the rise to power of the Taliban, who then played host to Osama bin Laden.

Is the West, by making token donations to Pakistan, merely paving the way for the ascendency of the military again, with all the Islamist chaos that comes with that eventuality? Well maybe not in quite the same way. It seems clear that Islamism has become big enough of a problem for Pakistan that even the army is compelled to crack down on it. This is fairly immaterial though. The popular rise of radical Islam in Pakistan is a result of vast sections of the population being shut off from secular means of political and social assertion. It is a result of the people being denied reasonable education and healthcare because governments, in collusion with the military, divert a disproportionate amount of their income to the defence budget. It is because, traditionally, the military-bureaucratic complex has only represented certain ethnic groups and certain classes within those groups â€“ diverting the stateâ€™s funds to their own benefit. In such circumstances the freely offered amenities provided by Jama’at-ud-Da’wah (believed to be an alias for banned terrorist organisation Lashkar-e-taiba) are understandably appealing to the disenfranchised and poor Pakistani. The army is undeniably the problem not the solution.

The recent floods in Pakistan threaten to undo all that has been achieved by the civil administration since 2008. Small, mindless donations will not suffice to haul Pakistan back from the brink of disaster. The World, and the USA in particular, should realise that they must send substantial sums of money in the form of manpower, capital and supplies to Pakistan for a long-term reconstruction effort. There is plenty of evidence on the ground that Pakistanis would welcome a more direct American involvement (perhaps even more so if Predator Drone attacks were to cease!). Equally, it is up to Pakistanâ€™s authorities to allow foreign humanitarian and developmental forces into the country. If such efforts are not made, Pakistan risks degenerating into a praetorian state again, the global implications of which may be felt for decades to come.