Policymakers should have two goals when dealing with Northern Rock: Maximising taxpayer receipts and enabling more people to buy their own homes.

The government claims that even if the deal is a complete dogs dinner, then at least they have got the best deal for Northern Rock, but this is highly doubtful. 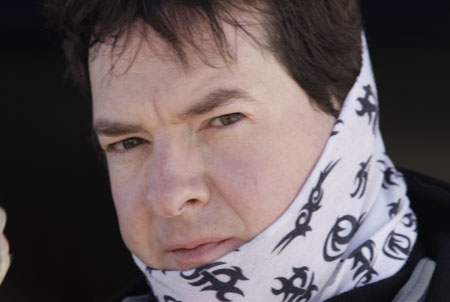 So weâ€™d like to show you the advice the government would have gotten.

To show how homebuyers had been Glazered by the Northern Rock deal, we demonstratedÂ on Thursday that the best outcome for homebuyers would have been remutualisation.

Today, weâ€™ll show you how an IPO â€“ taking the Northern Rock onto the stock exchange â€“ would have made the government an additional Â£440 million.

An IPO requires that the bank is more valuable than equivalent banks on the stock exchange.

George Osborne has pointed out that the ratio of the price of Northern Rock to the book value of what it can expect to be repaid from outstanding loans, exceeds the 50 per cent of the other major banks.

While we dispute his number, we do need to explain why it is that, given that the other banks have a lower tier one ratio than Northern Rock â€“ and are therefore safer, with a greater capacity to either make loans or asset strip â€“ its price would not suddenly drop if it went on to the stock market.

The government have pointed at the asset quality of Northern Rock as an explanation for the high book value.

This is true, and thatâ€™s why the previous governmentÂ  set them up that way, but this is not why the other banks are trading at such a discount.Â  We are back in a new banking crisis.

The Bank of England said last week itâ€™s as bad as the worst of the 2008 crisis right now. It is shareholdersâ€™ concerns about the ability of Barclays, Lloyds and RBS to refinance their huge wholesale borrowings that have prompted the discount. Between them these banks have Â£115 billion of maturing debt that they owe to others over the next two years.

This is why we can be very confident of a great take-up from shareholders. In fact this is exactly why one of the investors in the Virgin consortium believes that they can IPO at double the valuation that Osborne was celebrating.

We wonâ€™t be so bullish, but it has to be said that such a â€˜liquid bankâ€™ is very rare right now, so we believe that Northern Rock would receive a 110 per cent of book value. This is a conservative estimate compared to Wilbur Ross, who bought the bank along with the Virgin Consortium, who claims it could go on to the stock exchange for 150 per cent of book value.

What remains to calculate is how much equity â€“ what the bank owes subtracted from its assets, such as what loans it can expect to be repayed â€“ the government can take out before the IPO.

Given that the FSA has said that Northern Rock must have equity that at least amounts to 15 per cent of what it borrows â€“ the so-called Tier 1 requirement â€“ we have to assume that thatâ€™s the number until Northern Rock is listed, so that puts some limit on the amount of excess equity.

But the government could hold onto Northern Rock a little longer, and take the excess equity off its balance sheet itself that the shareholders wonâ€™t use.

As the balance sheet will look exactly like it would under Virgin, weâ€™ve calculated that how much that would make the government below.

However, because the government isnâ€™t selling this excess equity at 66 pence on the pound it gets all the value.

Add this together with the 110% of book value on the stock market valuation on the rump, that is proceeds to the government of Â£1.19 billion.