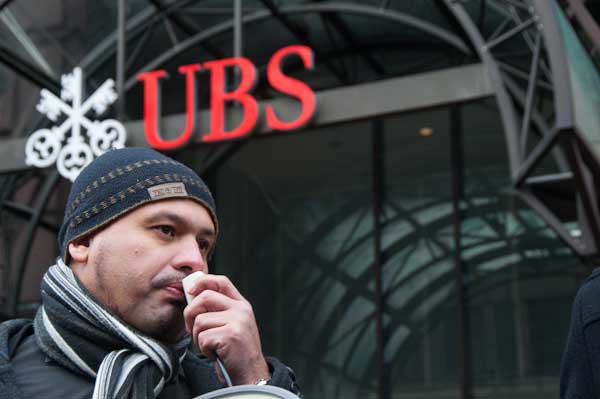 The Industrial Workers of the World Cleaners and Allied Grades Branch Secretary Alberto Durango was yesterday sacked from his job at the Heron Tower by the contractor Incentive FM Group Ltd. It is an act of victimisation of a leading union activist well known for campaigning to defend and improve the conditions of workers in the cleaning industry.

In August 2011 IWW secured a significant success on the London Living Wage for cleaners at Heron Tower and in defence of victimised staff. Since the then there have been those seeking revenge against Alberto and the IWW. In November 2011, Alberto was suspended for using a service lift used daily by other staff. The same month IWW negotiated an agreement with the cleaning contractor LCC that there would be no compulsory redundancies and any staff reductions would be by transfers to alternative posts. A new contractor has taken over at Heron Tower who have not recognised this agreement which continues under TUPE, Incentive have singled out Alberto for redundancy without any objective justification.

The company Cushman & Wakefieldâ€™s who manage Heron Tower also manage Exchange Tower where IWW has a campaign for the London Living Wage. This company had taken an excessively aggressive stance against IWW and our members, preventing leaflets being distributed and threatening IWW members with investigations.

The Industrial Workers of the World is based on the principle that an injury to one is an injury to all. We call on all workers to show their solidarity with the Cleaners Branch Secretary and demand the immediate reinstatement if Alberto Durango and no compulsory redundancies


Even Boris Johnson supports the London Living Wage, so Alberto’s part in the campaign should not be seen as contraversial. Cleaners provide a vital service to companies, but are often “invisible” and not properly appreciated, sometimes receiving very low wages.

Trade unionists should support their colleagues in other sectors to achieve common goals such as the LLW, stronger rights not to be discriminated against for trade union activities and job security.

We wish Alberto a speedy reinstatement and success with his campaign.