African feminists are reclaiming their own sexuality 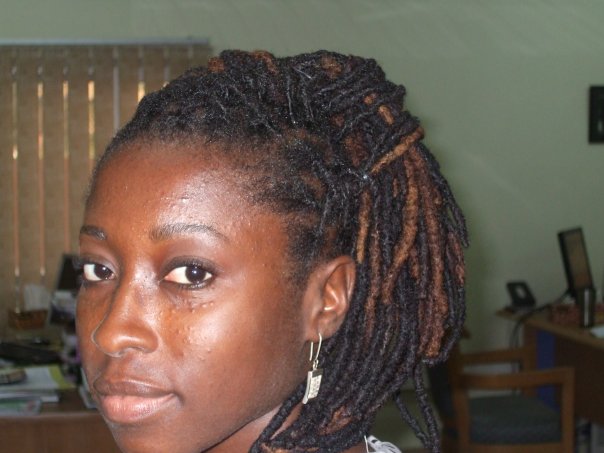 Feminists have taken the struggle to the cyber domain, and are active in blogs,Â social networking spaces, and a variety of list serves. The blog that I curate, www.adventuresfrom.com is an example of one such space where AfricanÂ women discuss a core feminist issue â€“ sexuality. In my personal experience,Â there are very few safe spaces where African women can discuss, interrogateÂ and learn about their own sexuality. The world in which we currently liveÂ tries to control women by circumscribing our sexuality on one handÂ andÂ commercialising our sexuality on the other. Yet there are no spaces forÂ women to learn about their own bodies, and how to derive sexual pleasureÂ for themselves. â€˜Adventuresâ€™ aims to turn this paradigm on its head. My goal inÂ curating â€˜Adventuresâ€™ is to provide a space for adult African women to learn,Â share and question all issues related to sex and sexuality.

Fundamentally theÂ site is an African feminist space, and has respect for diverse sexualities as a coreÂ principle. In a context where an increasing number of African governments areÂ looking to pass retrogressive laws inhibiting the rights of Africans to privacy,Â association and freedom of choice, online spaces may be one of the few domainsÂ left where people may feel safe enough to question, interrogate and learn aboutÂ diverse sexuality related issues.

My stereotypes were shattered. These were strong, beautiful, intelligent andÂ dignified women who could have been my aunts and sisters and grandmothers.Â Several of them had HIV negative husbands and partners who were aware ofÂ their HIV status. Some of them had met their partners after being diagnosed withÂ HIV. Their medication decreased their viral load so that they did not infect theirÂ partners during sex (they also used condoms). Many of them had children whoÂ were healthy and HIV negative. Some of these children were conceived and born
after their mothersâ€™ HIV diagnosis.

Candid experiences such as the comment above shared by Ekuba, a guestÂ contributor on â€˜Adventuresâ€™ stimulate a dynamic dialogue and learning processÂ that is not easily held outside cyber space for multiple reasons including stigma,Â and a lack of progressive, safe spaces where such conversations may be held.

The big question though is whether online spaces such as â€˜Adventuresâ€™ canÂ lead to more open and healthier societies, and whether these spaces by its veryÂ nature are exclusionary? â€˜Adventuresâ€™ and similar online spaces are not the silver bullet that will result in open and healthier situations. However the fact that Adventures flourishes, and can attract audiences of over 10,000 people aÂ month is an indication of the need that people have for spaces where adults can have frank and open conversations about sex and sexualities. Providing spaces for frank and open conversations is an important process in the journey towardsÂ open and healthier situations. Yes, technology by its very nature is exclusionary and more easily accessed by the privileged that have access to electricity, computers and the Internet. Yet the Internet is also a great connector with the potential to connect people living on opposite sides of the globe yet face similar challenges.

The efforts to support the sexual agency of African women through â€˜Adventuresâ€™ has meant moving the conversations held online beyond the cyber world. This has been done primarily through writing features for print magazines including â€˜Dustâ€™ and â€˜Dream Weddingâ€™ magazines in Ghana, as well as speaking on radio shows (BBC Network Africa, Joy FM in Ghana, Citi Fm in Ghana) and TV programmes (The Standpoint on GTV, and The One Show on VIASAT 1 in Ghana).

My co-blogger, Abena Gyekye and I are also increasingly making time to speak to small networks of people who wish to have frank discussions around sex and sexuality face to face. In Ghana, I have done this with a network of feminists, â€˜Fab Femâ€™.

Long term plans for â€˜Adventuresâ€™ includes organising small face to face meet-ups for African women wishing to discuss issues of sex and sexuality, and responding positively to the numerous requests received for media interviews and features. Abena and I also intend to pen the â€˜Adventuresâ€™ book, which was our initial idea, which led to the creation of the blog. We are also exploring the possibilities of creating a TV show based on Adventures to ensure that our messages around sexuality can attain mass and popular appeal. This will ensure that those without access to the Internet may be able to watch â€˜Adventuresâ€™ on the small screen.


Nana, I really like how you talk about sex and sexuality in general in this piece, rather than specific orientations. It reads as really inclusive of all sexualities.


Nana, I just LOVE this. Thank you for creating a space where African women can discuss, connect, and explore the diverse experiences of sexuality in Africa. And I agree with the comment above that your intentionally inclusive approach, so as not to limit by sexual orientation, is so much appreciated. Proud of this piece. Proud of you. Viva African Feminists!