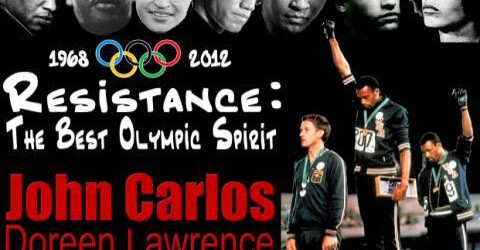 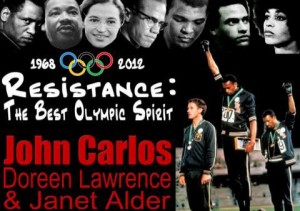 Last night’s event at a packed out Friend’s Meeting House in Euston, entitled Resistance: the Best Olympic Spirit, was truly inspiring. We are glad to be able to post the audio of the speeches made by John Carlos and Janet Alder below.

A full report from last night’s event can be found on the TUSC Independent Socialist Network website.

Olympic medal winners in the 200 meter race, John Carlos and Tommie Smith raised their fists in the Black Power salute during the national anthem at the Olympic prize ceremony as a protest against racism in the United States.Â  He is a co-founderÂ Olympic Project for Human Rights (OPHR) and is still an activist and public speaker.

Janet Alder is the sister of Christoper Alder, a trainee computer programmer and former British paratrooper who died whilst in police custody in Hull in 1998. Janet has been fighting for justice for her brother ever since.