If you are a regular consumer of mainstream news then it might surprise you to find out that the British Police Force as an institution often fuck people up, they have and continue to harbour many individuals like Simon Harwood. Officers that are known to crack skulls, destroy homes, brutalise young people, sell personal information as well as catch the odd violent criminal.

Last week was the 34th anniversary of the Metropolitan Police’s murder of Blair Peach and the 20th anniversary of Stephen Lawrence’s death and subsequent alleged cover-up by leading elements in the Metropolitan Police, The Multicultural Politic are initiating a regular section to our website called: “Thin Blue Crimes – A Routine Check on Britain’s Biggest Gang”.  59% of the British Public trust the police either “a great deal” or “quite a lot”, according to the British Social Attitudes Survey. So in response this section is an irreverent snapshot of the boys in black, focusing on the lesser-discussed stories of Britain’s police, in the manner that we hope would emulate our most popular mainstream media outlets. Being internationalists we will also add dishonourable mentions from across the globe. Email info at tmponline dot org for your stories and suggestions, also leave your opinion about this feature and your ideas in the comment section below.

The Democratic Right to Remain Silent

Let us not forget how hard it must be to be an honest copper in 21st Century Britain. These public servants face tidal waves of abuse every day, for striving to protecting the public. They work incredibly hard to reduce crime levels by doing things like telling rape victims they haven’t been raped, only to get criticism by wimmin groups. In Brighton, the Old Bill held their nerve when they were taunted by young thugs from the hard-Left Black Bloc group. The police worked hard to protect the English Defence League, the civil right campaigning organisation from these black clad radicals who were hell bent on destructive mayhem. Our loyal local bobbies don’t even enjoy the support of the government. The left-wing Coalition are imposing new targets while slashing jobs and wages. Imagine having to work alongside volunteer “specials” who want your job, and on your own side, you still have fellow Black and Asian Officers calling you and your white mates “institutionally racist”. Thanks to Political Correctness, your average copper now can’t even call them monkeys without someone getting upset and threatening legal action.

To top it off, we then have Hillsborough. While Theresa May is no friend of the police, at least she realises the scale of the shitstorm that would be stirred by by Guardian-reading types if disgruntled police officers were to spill the beans on and cause confusion. Rather than giving in to the sour-faced Scousers, with a warts-and-all, truth and reconciliation committee on Hillsborough, the Police can sensibly exercise their democratic right to remain silent on the cover up. Maggie’s would be proud. 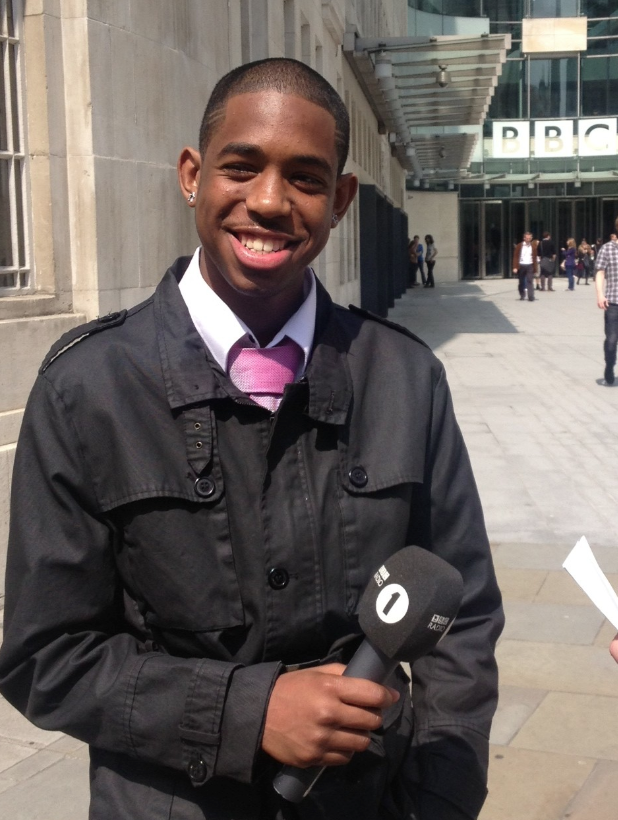 Thanks to “hoo-man rights” we have another bonkers judgment! A London teenager, Hughes Cousins-Chang, of Tulse Hill, cried “hoo-man rights” and sure enough soft-headed, lentil-munching judges ruled that 17 year olds must be treated as children in police custody. It should go without saying that Cousins-Chang (pictured above) would scare any English grandmother, and could easily be mistaken for knife-wielding hoodlum. The police in Tooting, South London had arrested him and a friend on suspicion of robbery. To the British eye that their music and haircuts would have looked dodgy on the number 57 bus. Cousin-Chang complained that he was kept away from his mother for 11 hours while in custody, aw poor diddums!

The “child” said in a statement he released reported by The Justice Gap:

“[We were] put in a cell at about 6pm. Then we were strip-searched. My clothes were taken off when they searched me but I kept my boxer shorts on,”

Britain’s barmy courts have put yet another shackle upon decent British coppers. How can good police officers be expected to keep the streets safe at night if they can’t use their God-given common sense to strip-search suspicious foreign looking teenagers down at the station? If they are old enough to legally have sex, they don’t need their parents permission to get take their clothes off for their friendly neighbourhood PC!

Look at this gang of whinging hoodlums complain about receiving “harassment” by the police, if they don’t like it they can leave the country!

Spare a thought for the two Plymouth police officers who witnessed unspeakable horror when they tried to stop a man from killing himself by tasering him, only to witness him turn into a human fireball. Andrew Pimlott doused himself in petrol and threatened to take his own life, after the intervention by the officers from Devon and Cornwall Police, he died five days later as a result of his injuries. The officers could not have known  that firing 50,000 volts into a man covered in flammable liquid would cause such a combustible reaction. Though investigations are on-going, some irresponsible, pen-pushing lawyers like Sophie Khan have suggested that the quick reacting officers were not following standard procedure by using a taser in a situation when flammable liquid is used. It makes me sick that anyone could criticise these hard-working officers who tried to save this troubled man’s life.

“There were three screams. Then we saw a man, fully on fire, from top to bottom, like you see on a film, with his arms swaying around.”

“The officers then got a hosepipe and poured on water. We heard more sirens and as the paramedics and fire crews arrived I went back inside. I want to say how amazing the officer was. I think this officer is, well, I would use the word hero.” 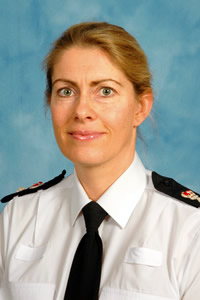 We salute the outstanding work of Ch Supt Nikki Watson of Avon and Somerset Police. She robustly defended her officers from disgraceful attacks from the Independent Police Complaints Commission. The IPCC declared that four officers from her constabulary should face disciplinary action as a result of their treatment of James Herbert who died in police custody in 2010.

On Friday 26th April, the inquest into Mr Herbert’s death returned a narrative verdict, meaning that though the officers may have contributed towards his death, no named individual could be held responsible. Mr Herbert was also not without blame as he had a history of drug abuse and mental illness. Ch Supt Nikki Watson insisted that no officer would face disciplinary action. She did the right thing by ignoring the IPCC, an organisation full of Trotskyites and black nationalists, and told the BBC:

“My officers were faced with an extremely difficult situation and did their very best to protect James and other members of the public.”

Bravo! It is important to note that the officers must have used all their strength in restraining him. Consider that the average joe doesn’t have to confront and clash with drug-addled manics. The IPPC bureaucrats are overstepping their boundaries! Who are more important the mentally ill or decent honest coppers?

Villain of the Week: Howard Morgan 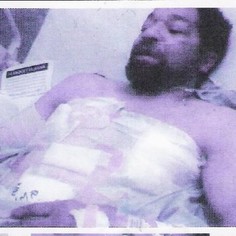 Pig-ignorant Black militants and Hard-Left inadequates known as Occupy Chicago have tried to rally support for Howard Morgan, an off-duty police officer who started a crazed gun fight with four on-duty officers. Morgan went swiveled-eye crazy when he started shooting at five police officers who valiantly tried to arrest him for driving the wrong way on a one-way street. Chicago’s finest responded with restraint and shot Morgan a mere 28 times. Possibly demon-possessed, Howard Morgan managed to survive the attack to greedily pursue compensation. He claimed that there was no evidence that he fired a shot at the officers. Though one jury found him innocent of discharging a weapon at an officer, another jury found him guilty of attempted murder and he was sentenced to 40 years in prison. It is shameful that this loony would-be killer is trying to align himself with Trayvon Martin.