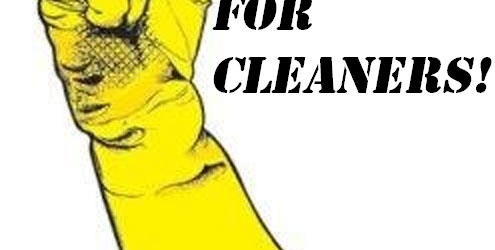 The international cleaning and security workers union, UNI Property Service Global Union has called Monday 17th June, the day for International Justice for Cleaners. The union represents over 1 million workers and have recognised agreements with large corporations such as G4S, ISS and Securitas.

They have confirmed through their affiliates that a series of organised events, strikes and demonstrations will take place in the UK, Belgium, Finland, Holland, Germany, Switzerland, Spain, Australia, Ireland, Denmark and Sweden. It will involve over 35 international airports and railway networks.

On Monday, cleaners in the PCS, Unite, GMB, RMT and Industrial Workers of Great Britain unions will be out on the streets campaigning for the protection of victimised union representatives and also respect and dignity at work.

Cleaners will be on strike across the UK, PCS members who are employed by the Law Courts and Tribunals Service and Unite will have cleaners on strike at Manchester airport. 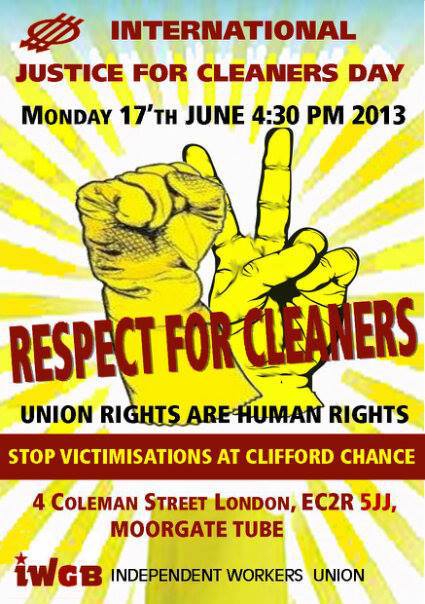 At 4:30pm, Clifford Chance Central London offices at 4 Coleman Street, London EC2R 5JJ will be hosting IWGB demonstrators, who demand an end to victimisation of workers.

Clara Osagiede, the cleaners grade secretary on the London Underground for the RMT, is fighting victimisation also. See the video below: